Whale Week: Female pioneers in conservation to speak about careers for women

A researcher who’s devoted her career to help marine life is to join three other women who work in marine conservation in a discussion Thursday about careers in the sector, as part of the third Whale Week in Georgia. 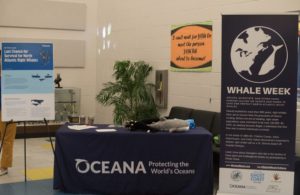 These women are pioneers in a field that remains mostly the realm of men – even 69 years after Rachel Carson awoke the conscience of the nation with her 1951 book, The Sea Around Us. Silent Spring, Carson’s more widely known book, followed in 1961.

The invitation to the event speaks directly to women who have an interest in the marine conservation field. An RSVP is requested for the event scheduled from 4 p.m. to 5 p.m.”

Snapshots of the four speakers include:

Kathi George, a founder of the former nonprofit California Whale Rescue, which was absorbed into The Marine Mammal Center. George specializes in whale entanglement and working with stakeholders to reduce the entrapment of whales.

Jessice McCordic, a senior acoustician who works on contract with NOAA. McCordic specializes in the effect of human-produced sounds on acoustically sensitive marine animals – such as the seismic testing for offshore oil deposits of the type currently prohibited along Georgia’s coast. 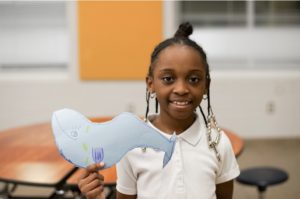 The opportunities for women to work in marine conservation are to be highlighted by four female practitioners in a program Thursday during Whale Week. Credit: whaleweek.org (2019)

Grace Olson, a research biologist with the Pacific Whale Watch Foundation. Olson specializes in the sound patterns of toothed whales, and her graduate-level research focused on Amazon River dolphins in Peru. Olson appears in a careers video posted on YouTube.

Sharon Young is the fourth scheduled speaker. Young is to share her thoughts about women in the marine conservation field from her perspective as one of the nation’s leading researchers who speaks on marine issues. Young brings some four decades of experience.

Young is a familiar voice in Georgia, quoted just five weeks ago by Savannah journalist Mary Landers in a Savannahnow.com story about the stunning population decline of North American right whales – to an estimated 360 creatures in the entire ocean. Of note, retired NOAA Fisheries specialist Nancy Daves adds her thoughts in a guest column that appears this week in SaportaReport.com.

In another story, Young, in her capacity as marine issues field director for the Humane Society of the United States, helped explain the rationale for whale protections in the proposed restrictions on the lobster industry in New England. Lobster harvest areas could be reduced in Maine in response to a federal ruling that the National Marine Fisheries Service’s management of the lobster industry endangers right whales by entangling them in lobster gear. Young cut through the jargon when speaking for a story in the bangordailynews.com:

Note to readers: The purpose of the third annual Whale Week is to promote awareness of North American right whales during Right Whale Awareness Month. The event includes an arts component for students and adults. The original collaborators are Oceana, Tybee Island Marine Science Center and Loop-it-Up.

Previous Article
Faced with a time crunch, city could cut COVID-19 housing fund in half
Next Article
Manuel’s Tavern in danger of closing