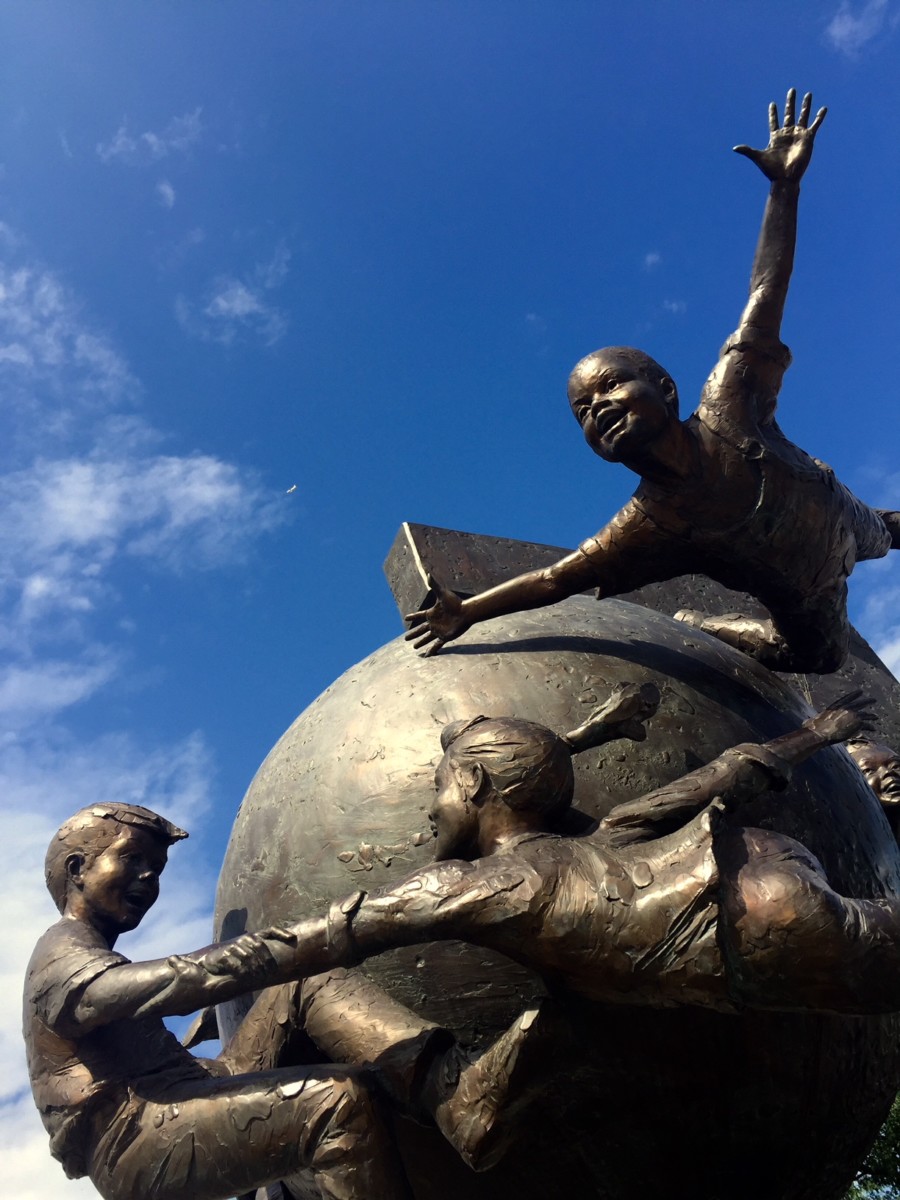 Our guest columnist this week is Tracy Techau, Scout Executive/CEO of the Atlanta Area Council, Boy Scouts of America. Last month, we were fortunate to host Tracy along with a panel of Scout leaders and community partners as the featured presenters for the September 6th Transform Westside Summit. In case you missed it, you can read a recap and catch a replay of the Boy Scouts’ presentation on our Facebook livestream

I am grateful to Tracy because he leads by showing up!  Although he has metro-wide responsibilities, Tracy and senior members of his team have been regular attendees of the Transform Westside Summit.  Thanks to Tracy’s leadership, they have made special efforts to stand up Scout Troops on the Westside. Read more about it below. I am also appreciative of David Moody’s leadership, last year’s Council Board President.  A graduate of Morehouse College, David is the founder/CEO of C.D. Moody Construction Company, Inc.  David is also the author of “Fighting Through the Fear: My Journey of Healing Through Childhood Sex Abuse”, and through his powerful testimonial seeks to help other victims of childhood sexual abuse recover.

Thank you Tracy and David for modeling the Scout Oath in word and deed!

Be sure to register and join me at the next Transform Westside Summit on Friday, October 18.

“Outdoor leadership” is a phrase rarely used to describe Atlanta’s Westside.  But the Boy Scouts of America, which started programs in Metro-Atlanta in 1916, is playing a pivotal role in Westside revitalization efforts, and in building leadership skills among Westside youth.

Over 15 Scouting programs serve the Westside community.  Through our Scoutreach initiative, staff members called Program Specialists serve as the leaders for some Packs and Troops implementing the weekly leadership program.  Scouts are provided with handbooks, supplies, and funding for activities and camp, at no charge to the family.

Scouting has touched the lives of many of our city’s great business and political leaders, civic activists, educators, and even Hall of Famers, and many of them have served Scouting.  Ivan Allen, Sr. was a founding member. Ivan Allen, Jr. served as a Council President, as did Ivan Allen, III. Maynard Jackson grew up as a Scout at Friendship Baptist Church. Hank Aaron was a Scout in Mobile, Alabama and says Scouting taught him skills through the Scout Oath and Law.  Dr. Martin Luther King, Jr. was a Scout at Ebenezer Baptist Church. The Boy Scouts of America will continue to thrive and provide character building and training to our children through Atlanta’s great leadership. Our mission is critical.

Children today are faced with obstacles that were not a challenge before – they want and need loyalty, trust, and kindness in their lives.  They need a village to teach them to always strive to do their best and to serve their community. They need access to learning outside of school – training that sparks interests in future careers.

Scouting allows children to try different things in a safe and controlled environment, a place where they can fail and learn.  Failure in Scouting may have consequences, they might be a little wet and cold on a campout, or be a little uncomfortable in a leadership role, but they learn how to overcome challenges and lead confidently.

Our mission may be lofty, but with the help of volunteers and community partners, we create leaders out of young people – and I think we would all agree that we need more leaders in our world.

Our goal is to give every child the opportunity to be a Scout, no matter their background.

Mike Dubose, President of Thermo Fisher Scientific, and VP of Scoutreach on the Council’s Board of Directors, leads the Scoutreach team that works to remove barriers that might prevent a child from participating.

“In some neighborhoods, it is tough to find volunteers, especially among families who are struggling to make ends meet,” says Eagle Scout Dubose. “All children should have access to Scouting, especially those who have challenges at home.”

“Scoutreach support is available to any Scout in need, but we have found that if we can go deep into certain neighborhoods like South Cobb, Marietta City School District, and the Westside, then our resources go further, and our impact is greater,” Dubose says.

Dave Moody, President and CEO of C.D. Moody Construction, and past Council Board President, helped to launch the Westside Scouting Expansion in 2017.  “Scouting has been in the Westside for decades. Through the generosity of our donors and the vision of our Scoutreach leadership we now provide over 15 programs at many of the churches, at Bellwood Boys & Girls Club, City of Refuge, KIPP, Community Concerns, Ashview Heights, the At Promise Center, and M. Agnes Jones,” says Moody.

“Scoutreach is impactful, but it is also more costly than the traditional volunteer led model.  Our paid Program Specialists bring consistency and hope to these young people. They show them how to do their best, serve their community and be leaders.  To me, that sounds like one of the best investments someone can make,” Moody states.

The Scouting ideals are found in two precepts that every Scout recites and lives, the Scout Oath and Law.  Individually, the words are simple, but collectively they become words to live by. These principles make Scouting more than what people do, but rather who they are—and what they will be.

The Atlanta Area Council, Boy Scouts of America is grateful for the 9,200 volunteers that serve our 32,000 youth, and the many donors who invest in Scouting to help build our children into future leaders.

For more information on the Westside Scouting Expansion, visit www.atlantabsa.org/westside or call 770-956-3178 for information on how to support a Scout in need.

Drawing Strength from Diversity and Collaboration to Drive Impact for All Atlantans
Making the Westside a community of choice
YMCA Leadership & Learning Center is Focused on Creating and Delivering Innovative Research-based Programming to Westside Residents
Our kids are “At-Promise” for a better future. I know, because I am one of them