When no one agrees what “winning” is, victory becomes a matter of opinion 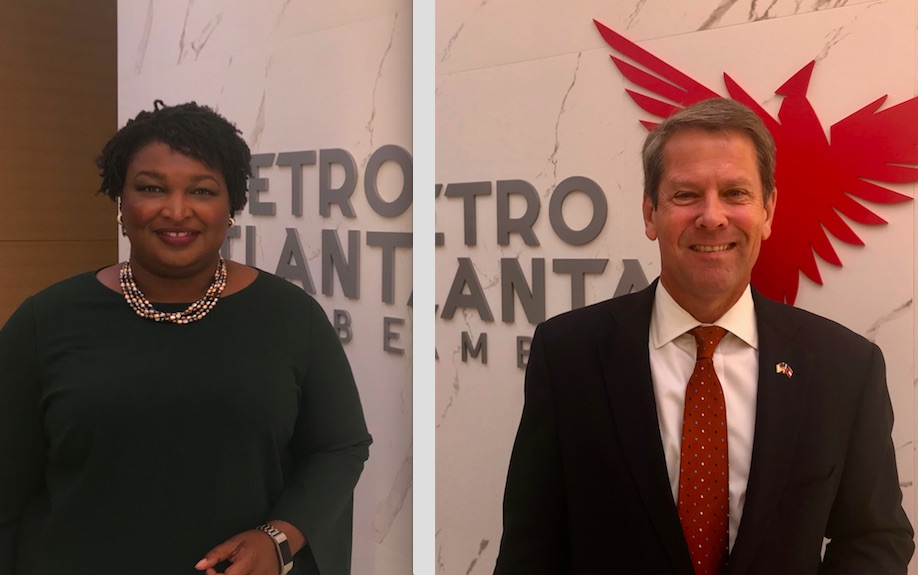 We live in an age when people want to play the same old games, but they can’t agree on the same set of rules. It’s a world where blurred boundaries and shifting alliances make it hard to tell at times who’s won or lost, instead producing dual, asymmetrical victors. Pepsi and Coke, Brian and Stacey, Donald and Nancy, Maroon 5 and Big Boi, AOL and Mitch: winners all, depending who you ask.

Pepsi sponsored the Super Bowl, but tacitly acknowledged, with the help of Steve Carell, Lil John and Cardi B, that the game was being played in Coke’s home town.

Gov. Brian Kemp has that “Gov.” solidly in front of him now, and thanks to Lt. Gov. Geoff Duncan’s questioning of 64 appointments made late in former Gov. Nathan Deal’s term, he stands to pick up an extra jolt of power and influence. There are some rough edges left to smooth over from the bruising 2018 campaign, but a few more board appointments can make a lot of things right.

But it’s Stacey Abrams, the loser in last year’s governor’s race, who’s everywhere. Not only was she selected to give the Democratic response to President Trump’s State of the Union message Tuesday night, but in the latest edition of the prestigious Foreign Affairs Magazine, she jousts with author and political theorist Francis Fukuyama over the question of identity politics.

An ad in which she appears for her voting rights group, Fair Fight Action, was even scheduled to air during the Super Bowl, although if it appeared in the Atlanta market, I missed it. That’s the kind of cumulative exposure any of the announced Democratic presidential candidates would be ecstatic over.

Abrams was tapped to give the Democratic response before the racist photos from Virginia Gov. Ralph Northam’s 1984 medical school yearbook. But she has been quickly fitted into a media story line about the old and new faces of the Democratic Party. To which Republicans would respond: Northam’s not that old.

The opposition response has been something of a jinx for aspiring politicians such as former Louisiana Gov. Bobby Jindall and Florida Sen. Marco Rubio. Abrams won’t be numbered among them. Speaking from the IBEW Union Building in Atlanta, she delivered the Democratic message with aplomb, and introduced herself to a national audience.

Yet, as Abrams began her message with an inspirational anecdote about her father, the thought floated by that in order to respond adequately to a Trump speech, Democratic speechwriters (Abrams reportedly wrote this one herself) might consider something akin to the run-pass option in football. Abrams’ most effective line was when she said of Trump that Americans “need him to tell the truth.” There must have been a dozen lines from the State of the Union speech which could have been used as an example.

As for Trump, he’ll know he has big problems if he doesn’t get a bounce of at least a few points in the polls from the speech, which came out solidly against child cancer and “revenge,” which in this context seemed to mean revenge on the president or his administration. After a dismal few weeks, the president got the chance to shore up his base and make some gestures toward the political middle.

Had Abrams not been chosen to respond to Trump’s message, another asymmetrical loser/victor, like Beto O’Rourke or Andrew Gillum, might well have gotten the nod.

“You see we’re at the end of the paradigm. Not playing the Super Bowl is more important than playing it. You get more cred for not doing the show,” the peripatetic entertainment industry columnist Bob Lefsetz wrote Monday. He was talking about the reaction to Maroon 5’s performance Sunday night, but a similar principle has emerged in Democratic politics: some candidates got more cred by not being elected. Or, for Kansas City Chiefs quarterback Patrick Mahomes, not making it all the way to the Super Bowl game. His golden year ended with an MVP Award, not a shellacking by the Patriots defense.

There was speculation that Trump’s desire to give the State of the Union speech in its traditional location was a prime motivator in getting the president to agree to a suspension of the federal government shutdown. Nothing illustrates how much “winning” has become a matter of conviction like the social media feeds generated by the long match between Trump and House Speaker Nancy Pelosi, in which Abrams response played a small role.

After the government’s longest shutdown, one side still believes their champion is a master strategist who has maneuvered the other side’s champion into an ingenious political trap just on the verge of being sprung. Both sides believe this with equal fervor. Both sides could be wrong.

Let’s just say it: another huge asymmetrical victor of the past week has been New Orleans. Both the team, which can take comfort in the knowledge that a bad call spared it from participating in one of the worst games in a Roman-numeral series which has produced some real dogs. And the city, which didn’t make as much money as Atlanta over the weekend, but had a huge party. And nobody had to watch the game.