When ‘You Lie’ comes home to roost 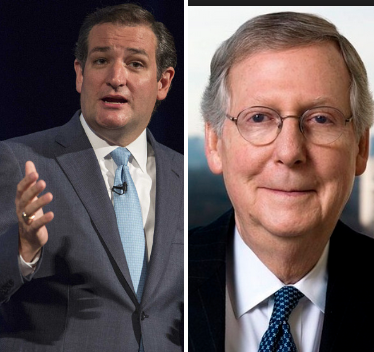 The U.S. Senate rarely convenes on Sunday, but twice in his short tenure, Majority Leader Mitch McConnell has been forced to do so. In both cases, the Sunday sessions have spotlighted the rising friction between tea party and business conservatives within his own party.

Back in May, McConnell had to bring the senators in on Sunday to keep parts of the Patriot Act afloat after his fellow Kentuckian Rand Paul dug in his heels over a temporary extension. The issue that brought the Senate back in session over this past weekend was the continuation of the 81-year-old Export-Import Bank, a fairly obscure question of international trade policy.

But if you drive, Sunday’s Senate session was about you as well. And if you worry about Washington’s increasing inability to come to grips with the nation’s fundamental problems, Sunday’s session was a case study.

The Export-Import Bank, a federal lending agency which helps foreign businesses buy U.S. goods, has a lot of critics, including senators and presidential candidates Bernie Sanders on the left and Ted Cruz on the right. The bank’s opponents lacked the votes to eliminate it, but they gained a tactical victory when Senate inaction allowed its charter to expire on June 30.

Cruz apparently thought he’d been promised by McConnell that the leader would do nothing to help n effort to get the bank reauthorized, and indignantly took to the floor of the Senate last week and accused him of “a flat-out lie,” for bringing out an amendment to revive the bank. Cruz also accused McConnell of a cynical ploy in pairing the scheduled Sunday vote on the bank with a favorite project of the Republican right, the first Senate vote on ObamaCare repeal, which was predestined to fail on party lines.

This was an eyebrow-raising violation of normal Senate decorum, not to mention an embarrassing reminder of South Carolina Rep. Joe Wilson’s famous heckling of President Obama’s State of the Union speech. Only now it was a Republican calling out his own leader.

Both the Ex-Im Bank recertification and the ObamaCare repeal gesture were amendments to — oh, this is why this matters to you. This coming Friday, the federal Highway Trust Fund expires, raising the specter of bridge and highway projects getting cut off in the middle of the summer.

The measure is hanging by a thread already: House Republican leaders have said they’ll only go along with a short-term extension of the spending program. Nevertheless, there was time in the middle of it all to squabble over two completely unrelated and highly politicized amendments. Whether the highways get paved on time is clearly not the primary purpose of this process.

Like somber deacons, three McConnell allies — Lamar Alexander, Orrin Hatch and John Cornyn — rose during the session Sunday to denounce Cruz for his language as well as his attempts to short-circuit the normal Senate rules to get an Iran-related amendment on the floor. Cruz answered respectfully, but unapologetically.

Then it was time for the junior senator from Texas to be handed his hat. Cruz was said to look stunned when he called for a roll-call vote on his amendment and only three of his colleagues joined him. A similar effort by Cruz ally Mike Lee of Utah to force a vote on a measure defunding Planned Parenthood met a similar fate.

At this point it’s wise to dial back and recall again that Cruz is a candidate for the Republican presidential nomination. He may have sounded like a hothead when he accused his own Senate leader of lying and being no better than Democratic leader Harry Reid, and his chastisement may have been swift.

But the desperate effort to grab the microphone from Donald Trump has his rivals doing all sorts of things to get attention. Jeb Bush is talking about disbanding Medicare, and Mike Huckabee has invoked the Holocaust, claiming the Iran Treaty is leading the Israelis to the ovens. Ham-handed as it was, the Cruz tirade may have been a similar effort.

The amendment reauthorizing the Ex-Im bank sailed through on a 67-26 vote, with all the Democrats (Sanders was campaigning) voting for it. But the vote among the 50 Republicans was very close, bespeaking the deep divisions that are in play. The 26 Republicans who voted to defeat the amendment included fellow presidential candidates Rand Paul and Marco Rubio.

The field of Republican presidential candidates includes both sides and several shadings of this conflict for the soul of the GOP, but there are so many of them that the struggle has not yet stood out as prominently as it does at the congressional and legislative level. But the debates still lie ahead.

Wonder what the Donald thinks about the Ex-Im Bank, by the way.

Previous Article
Whether product of tactical urbanism or community effort, East Atlanta has a park
Next Article
Another Year of Celebrating Business and Entrepreneurship