Why was Cagle obsessed with Hill? A tale of two secret recordings 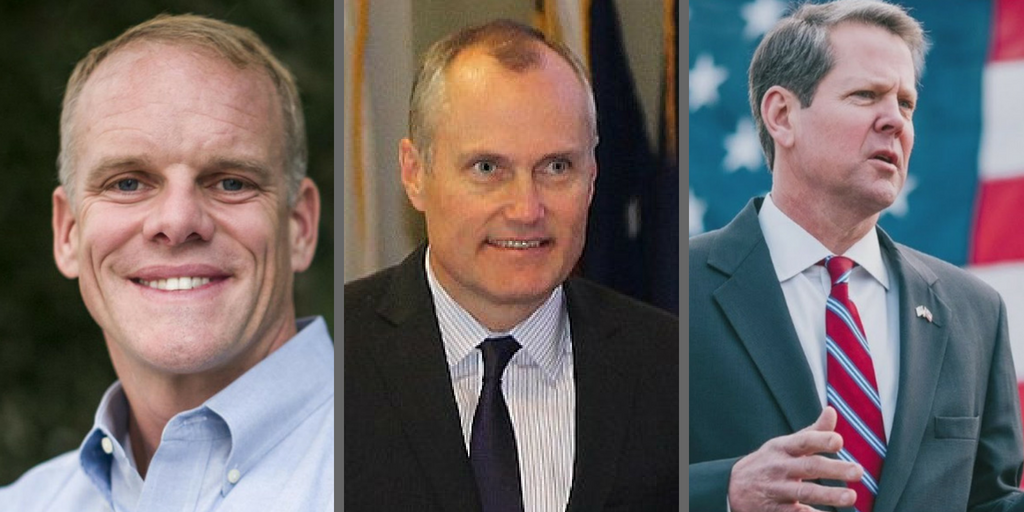 It’s a safe bet that if Hunter Hill had ended up in the runoff with Lt. Gov. Casey Cagle for the Republican gubernatorial nomination, we’d be hearing a lot more about Eric Greitens and his lurid descent from Republican golden boy to an abrupt exit from the Missouri governor’s office.

More on that subject shortly, but first let us all agree that we’re shocked — shocked! — that an elected official would put political expediency ahead of the public good. Or, at least, get caught admitting to it on an audio recording.

Cagle’s frank admission to Clay Tippins that he supported a charter school bill he personally opposed so that a foundation wouldn’t bankroll Hill’s campaign has caused a stir and brought some national attention to the runoff race here in Georgia. It remains to be seen how it’s going to affect the campaign.

Doesn’t look good for Cagle, that’s for sure. But a contrarian case could be made that the release of the recording by WSB and the AJC could stir a backlash against gotcha politics among Republican primary voters and end up helping Cagle, whose lead over Secretary of State Brian Kemp seemed fragile before the story broke. He looked more surefooted in his response to the story last week than he has throughout much of the race. The lieutenant governor acknowledged in effect that a certain amount of politics is part of the sausage, but argued that the greater good was served. A fair number of voters might buy that.

No matter how it affects the campaign, Tippins’ digitally eavesdropped conversation with his primary rival — he recorded it on an iPhone — points to a question which also emerged from the final debates in the primary campaign.

From a purely generic perspective, why was Cagle so worried about the shortest guy in a field of five, running in his first statewide campaign? Why did he alienate a legislative ally — Tippins’ uncle, state Sen. Lindsey Tippins — and why did he target Hill in the debates? Why did he maneuver himself into a runoff with the only other statewide elected official in the field, who has endeared himself with conservative groups across the state?

This brings us back to Eric Greitens. Hill, a former Army Ranger, was obviously influenced by the successful outsider campaign of Greitens, a former Navy SEAL. Georgian Nick Ayers, who is also Vice President Mike Pence’s chief of staff, was the chief consultant in Greitens’ 2016 campaign in Missouri, and he brought in other Republican operatives from Georgia to run it with him. For a while after his election, it looked like Ayers and his team had fashioned the template for a new wave of conservative newcomer-former military candidates.

Familiarity with the Greitens campaign and the hype surrounding it may have been caused Cagle to elevate the potential danger from Hill over that from the folksier Kemp.

Never underestimate the power of personal pique, either. Hill may have gotten under Cagle’s skin with an ad which pictures Hill in a West Point t-shirt cruising through a muddy obstacle course while two bumbling suits who look like Cagle and Kemp struggle to keep up. Cagle is a fitness freak and could have taken the jab personally. (By the way, wonder what would happen if random voters were asked to look at pictures of the candidates and the actors who have played them in these ads, and identify which was which?)

Cagle may have overestimated Hill because he served in the Senate, and he may have been annoyed because Hill resigned from the Senate to raise money. Whatever the combination of factors, he has gone to some trouble to get in a runoff with the opponent who, generically at least, appears more formidable.

By the time the campaign here in Georgia had moved into full swing, Greitens’ storybook political career had begun to implode in the wake of charges he had sexually assaulted, tied up, photographed and blackmailed his hairdresser-lover. This is another political story which hinges on a concealed audio recording: the woman’s husband secretly recorded her confession of the affair.

Notice we only said that a scandal, with more skank than an I-70 sex shop, had “begun” Greitens’ implosion. The popular young governor dug in, and last month, after prosecutors dropped two spinoff cases against him, it appeared he might be on the road to political survival. Then, abruptly, he resigned.

Here’s where this story gets even more interesting. Greitens was facing possible impeachment related to the sex scandal, but legislators were also closing in on a dark money operation linked to Ayers, and legislators revealed that the FBI had been asking questions about secret foreign donors, which would be illegal. Other donors were reportedly putting pressure on Greitens to drop out before they were identified. So while a secret audio tape and a kinky scandal may have been the beginning of Greitens’ fall, it may not have been what did him in.