Widen the Support System for Our Youth Thriving, Perishing in Metro Atlanta

With more than three dozen young lives claimed by gun violence across Metro Atlanta in 2022, recent headlines paint a dismal picture. Yet, I caution us not to lose hope. There are reasons to be optimistic about their great futures.

OUR YOUTH ARE THRIVING. On Nov. 11, 2022, 17-year-old Elias Dennis, a junior at Elite Scholars Academy in Jonesboro, was named Boys & Girls Clubs of Metro Atlanta (BGCMA)’s Youth of the Year (YOY) for his exemplary leadership. He will advance to the state-level YOY event in hopes to continue to regionals and nationals and be named Boys & Girls Clubs of America’s national teen spokesperson.

“My Club has been a safe haven for me to be myself,” said Elias, who has attended Boys & Girls Clubs after-school and summer programming since age 6.  “I have been given opportunities to try new things, expand my skills, and explore interests I didn’t know I had—all without being judged or ridiculed for being me. The staff have been essential with guiding, mentoring, and having positive conversations with me that I carry with me every day. As a kid, now teen, that could be seen as weird in the outside world, my Club has shown me my strengths and ways to improve my weaknesses. My Club hasn’t just been a place to go and have fun, it has also been a safe space where I can continue to evolve into a better person.” 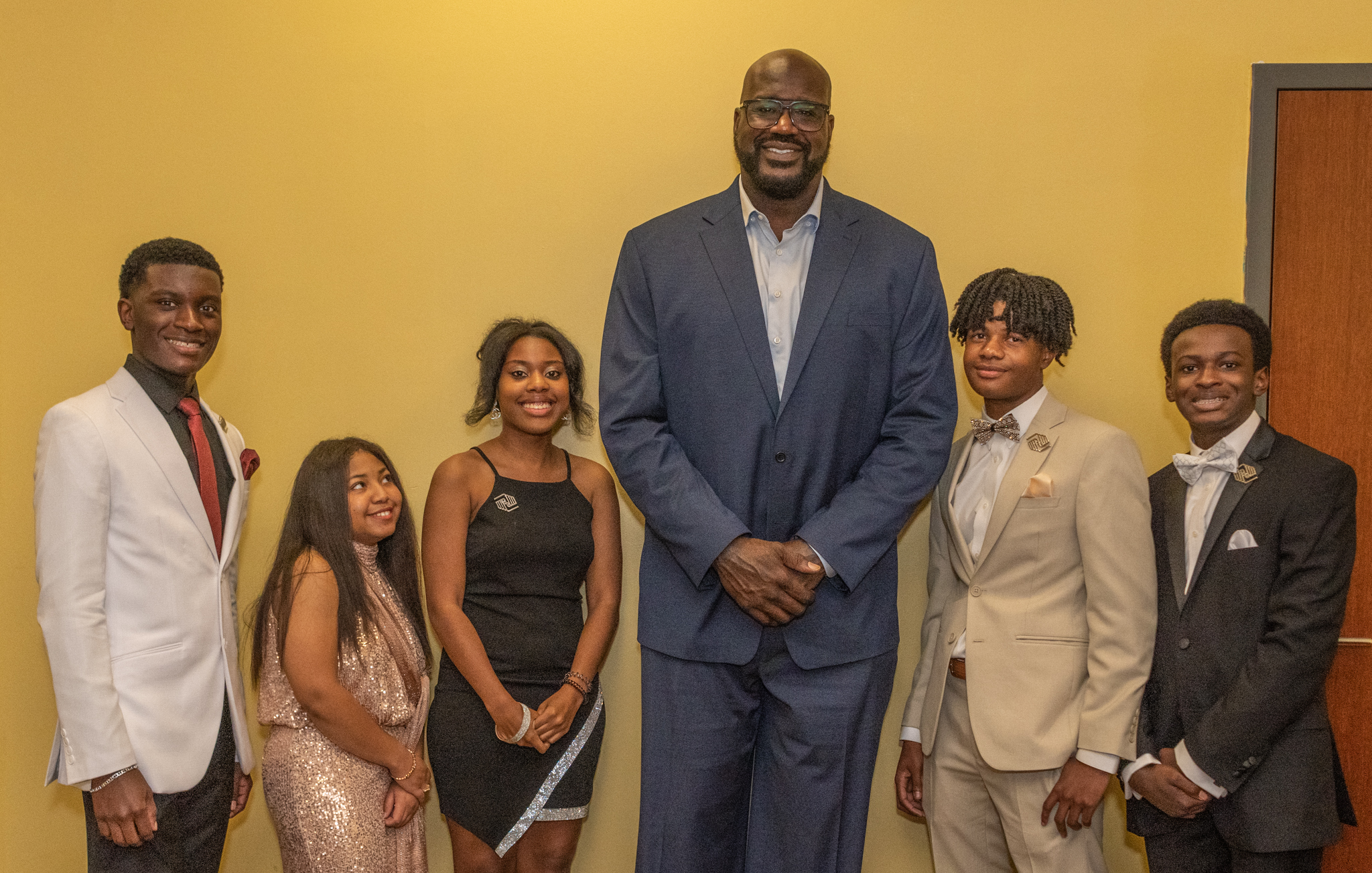 Elias was among 20 inspiring teens from Boys & Girls Club locations throughout Metro Atlanta who participated in the 2022-2023 Youth of the Year leadership development program. Themed “A Million Moments,” the culminating YOY celebration & gala on Nov. 11 was hosted by Emmy-winning journalist Monica Pearson, raised more than $1,040,000 for Atlanta area youth, featured a dynamic live performance from Grammy-nominated artist MAJOR. (with accompaniment from BGCMA’s youth choir), and spotlighted five YOY candidates who delivered speeches about their Club experiences and exemplary leadership skills. NBA Hall of Famer Shaquille O’Neal also made a special appearance and spoke about the impact Boys & Girls Clubs had on his life. A Club in Henry County bears his name.

We are so proud of all of our candidates, and excited to name Elias as our 2022-2023 Youth of the Year. It gives me such hope to see kids and teens like Elias with a strong vision toward the future using their voice to strengthen their communities and the world.

Elias aspires to be a veterinarian and to own animal clinics. He credits his experience as a L.I.N.K. (Leaders in Nature’s Kingdom) member and camp counselor at BGCMA’s Camp Kiwanis with helping him realize his love for animals. Last summer, he made significant strides towards his career path after landing a paid internship at Banfield Pet Hospital, where he continues to work part-time.

“Our voices and our experiences are powerful, and they have unlimited potential,” Elias said shortly before being named Youth of the Year. “When you look at someone, you only see them in that moment. You don’t see the experiences, the struggles, the millions of little moments that led them on a journey to who they are.”

OUR YOUTH ARE PERISHING. On Nov. 10, 2022—Less than 24 hours before Elias was named Metro Atlanta’s Youth of the Year—17-year-old Jaynee Chavez, a junior at Towers High School in Decatur, was fatally shot when someone opened fire on her car in Dekalb County. Her life was one of more than three dozen young lives claimed by gun violence across Metro Atlanta in 2022.

Among the more recent heartbreaking tragedies are that of 12-year-old Zyion Charles and 15-year-old Cameron Jackson, who were fatally shot near Atlantic Station on Nov. 26. Four others under 18 were also injured. Police say the shooting happened after a group of young people were escorted off the Atlantic Station property for unruly behavior and violation of a 3:00 p.m. curfew.

Just one week prior to his death, Zyion’s mother Deerica Charles says she pleaded with authorities for resources to help her troubled pre-teen, stating she called police more than 30 times over the course of two years in her desperate attempt for assistance. At a separate press conference, Cameron’s mother Tiffany Smith says she had ample resources for her homeschooled son who was a dedicated boxer with dreams well within reach of going to the 2024 Olympics. “But the one thing that we were unable to deal with was the community, the environment, the city. And that right there is something that I am committed to transforming in Atlanta,” Smith said. “This is about all of our children.”

WIDENING SYSTEMS OF SUPPORT ARE CRITICAL. Indeed, the violence plaguing Metro Atlanta and the consequential rally call by community members for solutions is about all our children. At Boys & Girls Clubs of Metro Atlanta, we believe every child possesses power and potential and should have access to the resources and relationships they need to thrive.

Yet, a child born into poverty in Atlanta has a less than five percent chance of escaping those circumstances in their lifetime—among the lowest odds of economic mobility in the country. Many of our youth face a complex web of challenges throughout childhood and adolescence that creates significant opportunity gaps and limit their ability to reach their full potential. Of note, 78 percent of the youth and teens we serve are from families living at 200 percent or below the federal poverty level, and 78 percent live in single-parent homes.

In high-need communities across Metro Atlanta, BGCMA steps in to fill these gaps by providing access to safe places, connecting members with caring adult mentors, supporting healthy social-emotional development, and offering research-informed programs outside of school and during the summer months. 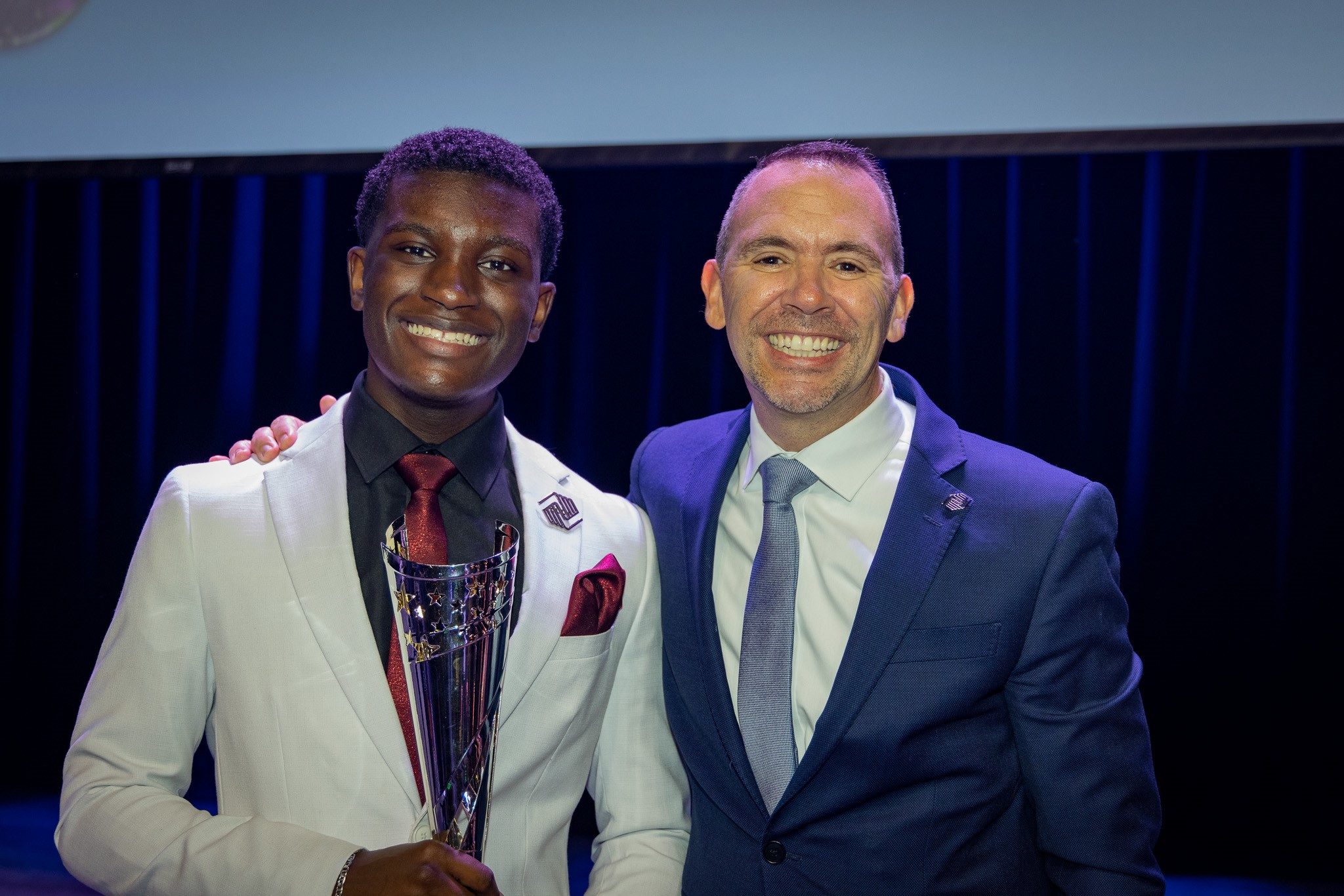 Like Elias, our kids throughout our 25 Clubs across 10 counties are resilient, and with the support of their Clubs they are thriving in school, exploring opportunities for self-expression, making healthy choices, building strong character and leadership skills, and pursuing fulfilling life paths.

We don’t do this alone. We also know that we are not the solution. We are simply a part of the village.

“It takes a village to raise a child” isn’t a novel concept. Family, friends, neighbors, teachers, coaches, pastors, and the likes have longed rallied around kids to foster their futures.  The best way we (as a community) can address these issues is by truly getting to the root causes. Our solution starts with an investment in our young people.

“My advice for youth who don’t have a Boys & Girls Club is to surround yourself with positive people and find a welcoming place that you can go,” Elias said. “Use your time to be productive and to find things you are passionate about and actively explore your passions.  Not all communities have a Boys & Girls Club or youth center, but libraries, recreation centers, sports leagues, or extra-curricular programs at your school are all great alternatives to having a positive outlet.” 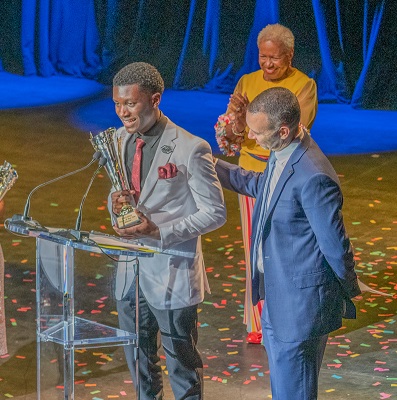 The Metro Atlanta Youth of the Year also says youth should be cautious of the company they keep.

OUR CALL TO ACTION: To our Metro Atlanta community, we must continue to work collectively to widen our support systems for our youth.  As a former principal and K-12 teacher, I know that schools cannot do this alone. We need more youth-serving organizations like Boys & Girls Clubs to serve more kids, more often and with greater impact. Today’s young people are counting on us. And we’re counting on them to be tomorrow’s leaders.  Don’t lose hope.

About Boys & Girls Clubs of Metro Atlanta (BGCMA): For more than 80 years, Boys & Girls Clubs of Metro Atlanta (BGCMA) has ignited the unlimited potential of kids and teens by creating safe, inclusive, and engaging environments. Our 25 Clubs located in 10 counties across metropolitan Atlanta have traditionally served nearly 7,000 kids & teens (ages 6-18) each year, offering youth development programs during critical non-school hours that promote academic success, healthy lifestyles, and character & leadership. BGCMA also oversees Camp Kiwanis, a 160-acre outdoor residence camp. BGCMA offers affordable after-school programming based on a sliding scale fee structure.  For example, a family of three would pay approximately $100 per child for the afterschool program.  Scholarship opportunities are also available. Summer camp enrollment fees are based on need; a family could pay as low as $175 per child for our entire 6-week summer programming. In addition, we are currently offering FREE membership for teen high school students who need a safe, inclusive and engaging environment to go after school. For more information about who we are, what we do, and ways you can help ignite the unlimited potential of our Metro Atlanta kids & teens, go to www.bgcma.org.