The gender wage gap is expected to widen during the coronavirus pandemic – and persist. The Atlanta Fed’s webinar on Friday is to expand on this topic as part of Raphael Bostic’s call for a more inclusive economy. 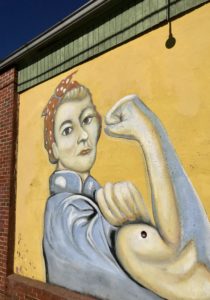 Congressional Gold Medals would be awarded to some 16 million women who worked in factories to build war materials during World War II under the Rosie the Riverter Act pending President Trump’s signature. Credit: Kelly Jordan

The title of Friday’s program says it all about women in the workforce: This Time It’s Different: The Role of Women’s Employment in a Pandemic Recession. The program is based on a paper of the same name.

Three takeaways from the paper show a bigger proportion of women than men quit work to care for children, lost income when they worked, and lost jobs:

Friday’s event is one in the series of five virtual meetings of the Atlanta Fed’s 11th Annual Employment Conference. This year’s theme is Work in the Time of Covid. The event is open to the public; registration is required.

This program comports with the position Bostic staked out in June. Bostic, president of the Atlanta Fed, released a personal paper during the demonstrations over the death of George Floyd when in custody of Minneapolis police. Bostic’s paper is titled, A Moral and Economic Imperative to End Racism.

While the paper speaks specifically of structural racism in the economy, the tenets extend to equity for women in the economy. Bostic’s paper observes: 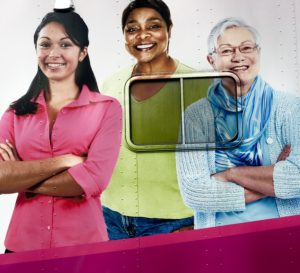 Female workers face greater job losses and greater challenges in getting another job after than pandemic than do men. Credit: Kelly Jordan

Bostic hs been named as a potential cabinet appointee in the Biden administration. Treasury secretary has been mentioned. On Wedneday in Atlanta, Bostic was introduced as the incoming 2021 chair of the Metro Atlanta Chamber during its annual meeting. The topic of his potential job with Biden was not discussed in public. During an Oct. 11 appearance on CBS’ Face the Nation, Bostic did not say he would decline the job.

At Friday’s virtual event, the discussion is to feature an author of the paper, Michèle Tertilt, of the University of Mannheimm, and Alesandra Fogli, of the Minneapolis Fed.

The paper presents the expected caveats that provide texture for its observations. The conclusion is that women are suffering greater workforce setbacks then men during the pandemic. Hurdles women are expected to face in trying to return to the workforce include child-rearing responsibilities and expertise lost while not working outside the home.

Note to readers: Registration for the Atlanta Fed’s virtual meeting, ‘Work in the Time of COVID,’ is available here. The event begins Friday at 2 p.m.