‘Won’t You Be My Neighbor?’ – movie lets Mr. Rogers speak for himself 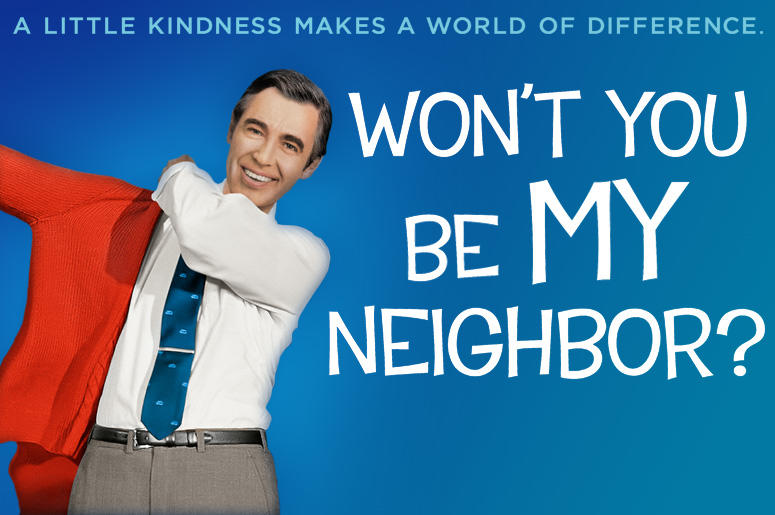 Fittingly, the first words in the lovely new Mr. Rogers documentary are an invitation: “Come on over a minute…”

The title is an invitation, too. It’s “Won’t You Be My Neighbor?,” the musical catchphrase that opened his celebrated children’s TV program. 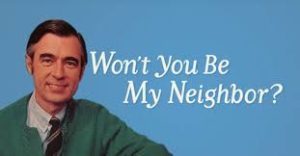 Mr. Rogers in ‘Won’t You Be My Neighbor

Fred Rogers talked to children and their adults for over 30 years.

And while he talked about grouchy monarchs (King Friday XIII) and what to do with “the mad that you feel,” he also spoke about Bobby Kennedy’s assassination and the Challenger explosion. What mattered most to him, as he says in the film, was that children be protected.

In the 15 years since Rogers died (of cancer), the world has become an even scarier place, which is, perhaps, part of what gives “Won’t You Be My Neighbor?” a power that goes far beyond nostalgia for tiger puppets and cardigan sweaters.

Morgan Neville, who won an Oscar for “20 Feet From Stardom,” wisely lets Rogers speak for himself.  There’s nothing fancy here, just the usual mélange of excerpts from the show, archival clips (including Rogers facing down a Senator with a Snidely Whiplash moustache who wants to cut funding to PBS) and a parade of talking heads. 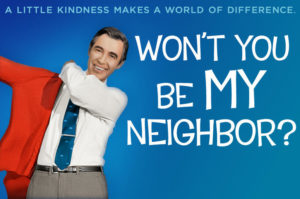 A movie poster of “Won’t You Be My Neighbor’

Said heads run a considerable gamut. There’s his family: wife Joanne and his sons, one of whom good-humoredly points out that it wasn’t always easy growing up with a dad who was “nearly the second Christ.”

There are celebrities, like Yo-Yo Ma, who sometimes dropped by “the neighborhood,” and Atlanta-based writer Tom Junod whose experience with Rogers is being turned into a movie starring Tom Hanks.

There are those who worked with him, including Francois Clemmons (who played policeman Officer Clemmons) and an assortment of crew members who come off as a lovable bunch of aging hippies.

And there are old friends, most notably, Dr. George Wirth, retired pastor emeritus of First Presbyterian Church in Atlanta. Wirth, who first got to know Rogers in 1983 and remained close to him remained close to him all his life, is especially astute when talking about Rogers’ timeless appeal. He likens the program to a sermon. “Fred’s theology was love your neighbor and love yourself.” 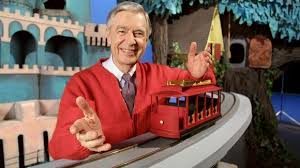 A scene in ‘Won’t You Be My Neighbor’

This is not a warts-and-all effort, but then, who would want it to be?  Clemmons, who is gay, talks about being advised by his boss to remain in the closet (it was a very different time). And there are snippets of Eddie Murphy’s still-hilarious SNL takeoff and a Johnny Carson sketch that’s astonishingly crass (When Carson gets his sweater, he also grabs a Stormy Daniels-style blonde).

Plain and simple and simply wonderful, “Won’t You Be My Neighbor?” is a beautiful example of palliative cinema. It clears your head and opens your heart.