The makers of an organic weed killer contends it is a natural solution. OSHA contends workers in the manufacturing plant are at risk of amputation and other hazards. Credit: David Pendered
Share12
Tweet
Share
Pin
Pocket
WhatsApp
Buffer5
Email
Reddit
17 Shares

Workers at a Gainesville chemical plant that says it produces organic weed and bug killers were exposed to conditions that threatened amputations, fire and electrical hazards, according to a citation from the federal workplace safety agency – which critics contends has been hobbled by the Trump administration. 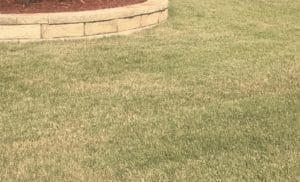 The makers of an organic weed killer contends it is a natural solution. OSHA contends workers in the manufacturing plant are at risk of amputation and other hazards. Credit: David Pendered

OSHA cited Kittrich Corp., operating as Avenger Products LLC, with six serious violations, two repeat violations and one listed as “other than serious.”

Avenger produces organic chemicals for home and commercial use. The first component discovered was citrus oil, according to a page on the company’s website that says the company’s mission is:

Worker safety was at risk to formulate the company’s Avenger product, according to OSHA’s statement. The company was cited, “for exposing employees to amputation, fire, and electrical hazards.” The alleged violations were spotted in a July 30 site visit and issued Dec. 4.

The company has 15 working days to contest the citations and proposed penalty before OSHA issues a final order. The order cannot be appealed to any court, according to the citation.

The citation comes amid ongoing scrutiny of workplace safety enforcement under the Trump administration’s Occupational Safety and Health Administration.

One criticism involves a decline in the number of inspectors working for OSHA, according to a March 14 report by the National Employment Law Project. A concern is that a drop in enforcement action will lead to a sense of complacency among employers, the report observed.

Previous Article
Isakson: A common thread in conservation of right whales off Georgia’s coast
Next Article
Georgia prevails over Florida in advisory on water war; Florida’s Ag commissioner won’t back down