This week, TOM JACKSON, Georgia World War I Centennial Commission, and LAURA MCCARTY, of Georgia Humanities, examine the changes World War I brought to Georgia and efforts across the state to commemorate the war.

By Tom Jackson and Laura McCarty 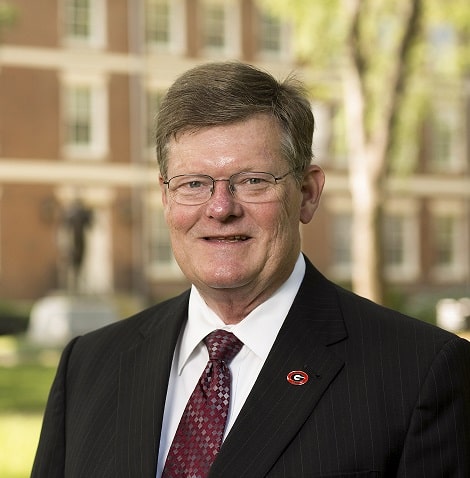 Those of a certain age – early Baby Boomers – grew up through the centennial of the War Between the States and were regaled with stories of Georgia’s role in it. Our parents were of “the Greatest Generation” who fought World War II, so we were well familiar with those stories as well. But when we note that April 6 this year marks the centennial of the United States’ entry into the “Great War,” some actually have to pause to think what war that might be.

World War I, as it came to be known, had been thought “the war to end all wars,” until it didn’t. There were 70 million military personnel mobilized, nine million combatants and seven million civilians who died as a result of the war. We know of the trench warfare, the use of mustard gas and barbed wire, but the stories of Georgia’s role in the war and of the doughboys it sent to the front are less well known.

One hundred years ago this week, on April 6, 1917, the United States declared war on Germany and entered World War I. Though President Woodrow Wilson recently had been reelected with a narrow victory under the slogan “He Kept Us Out of War,” increased German submarine attacks on trading and passenger vessels and the Zimmerman Telegram (a secret communication from Germany to Mexico that offered the latter the opportunity to reclaim land in the American Southwest if they allied with Germany) led him to seek the declaration. Congress also passed the Selective Draft Act requiring men from ages 21 to 30 to register.

With the war already almost three years old and at a dangerous stalemate, Georgia newspapers and elected officials had been opposed to American intervention, fearing it would hurt the cotton and timber trade. After the sinking of the Lusitania, Senator Hoke Smith said war was not needed to avenge the deaths of a few “rich Americans.” Senator Thomas E. Watson unsuccessfully challenged the draft act in federal court. Some farmers and landowners feared the loss of laborers and attempted to control who would be drafted. Ten percent of Georgia’s African Americans left as part of what became the Great Migration, seeking to escape Georgia’s Jim Crow conditions through jobs in northern industries or service abroad. (Georgia’s Eugene Bullard, a boxer, had left American shores for Europe prior to the war, but when war broke out, he joined the French military, fighting first with the infantry and eventually as a fighter pilot.)

Georgia’s anti-war attitudes changed quickly, thanks to newspaper accounts that were anti-German and strongly patriotic. (Annette Laing’s column of March 13 provides some examples of how these newspaper articles worked). By the end of the war, more than 100,000 Georgians had served in the war effort, and the state had been home to more military training camps than any other state. Georgia’s major camps crisscrossed the state — from Fort Oglethorpe to Fort Screven on Tybee Island; from Fort Benning in Columbus, to Camp Wheeler in Macon, to Camp Hancock and the Arsenal in Augusta. Souther Field, outside of Americus, was home to a flight school that trained more than 2,000 pilots. Fort McPherson was in south Atlanta, and Camp Gordon was located on the current site of Peachtree DeKalb Airport.

In 1915 teacher and University of Georgia administrator Moina Michael began the practice of making and selling poppies to raise funds to care for wounded soldiers. The Veterans of Foreign Wars organization continues this practice through their “Buddy Poppy” effort, which occurs in April.

Less than seven weeks before the armistice, the tragic wreck of the troop ship Otranto occurred off the Scottish coast. Of 690 doughboys on board, 370 died, including 130 Georgians. Nashville, the county seat of Berrien County, which had lost 28 men in the Otranto disaster alone, dedicated one of the first doughboy statues in 1921. Across the state many communities erected monuments to those they lost and to honor those who served in the Great War. Charles Graves, a Rome native killed in action, was selected to be the “known” soldier buried at Arlington Cemetery. Later, in accordance with his mother’s wishes, he was reburied in Myrtle Cemetery. Shortly before the war’s end and for several months after, Georgia’s soldiers and civilians were effected by the Spanish flu pandemic. 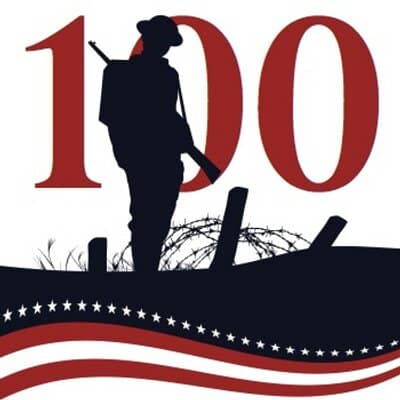 The mission of the Georgia World War I Centennial Commission is to honor, educate, and commemorate.

The Georgia World War I Centennial Commission (GWWICC), in partnership with Georgia Humanities and other key organizations, is working to honor the memory, educate about, and commemorate the roles that Georgians played in the war through exhibitions, K-12 curriculum development, and other programs. Among many of note:

With the Georgia Department of Education, the GWWICC is developing teacher resources for use by teachers in the 5th, 6th, and 8th grades and in high school U.S. and world history courses that include World War I. Through National History Day in Georgia (a program of Georgia Humanities and LaGrange College in partnership with Mercer University), the commission will present awards to students for their research on World War I topics.

The GWWICC website is rich with a directory and photographs of World War I markers and monuments across the state and an expanding database of Georgians who died in service during World War I, including many African Americans not previously recognized.

Tom Jackson serves as executive director of the Georgia World War I Centennial Commission in his position as Heritage Communications Executive for the University System of Georgia. Laura McCarty is executive vice president of Georgia Humanities.