Xernona Clayton celebrates her “Life to Remember” documentary with friends 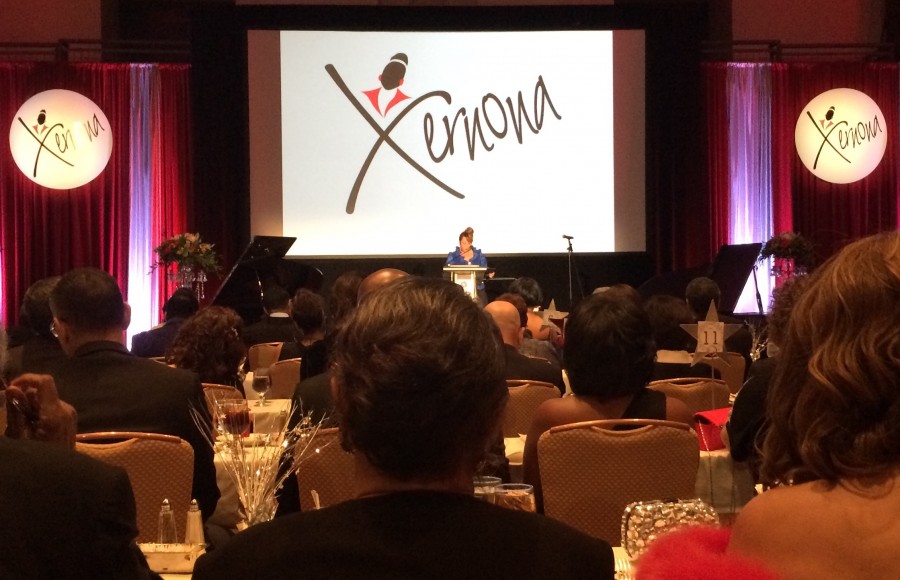 The forever-young Xernona Clayton showed her life on the big screen Saturday night to a “small” group of 600 of her closest friends at the Hyatt Regency Atlanta.

They came to honor a woman who was born in Oklahoma and made it to Atlanta in 1964 after stops in Chicago and Los Angeles – becoming a close friend and associate of Martin Luther King Jr. and Coretta Scott King. 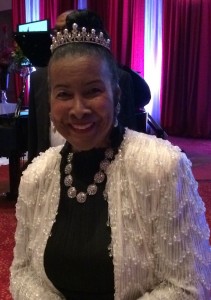 Xernona Clayton at unveiling of her documentary (Photos by Maria Saporta)

The documentary detailed several intimate conversations she had held with the Kings during the 1960s – when they disclosed to her their deepest fears – which eventually came true when King was assassinated on April 4, 1968. She was by Mrs. King’s side during those difficult days – making sure she had the proper head-dress and outfits she needed to wear for the funeral.

When they were got an early viewing of King lying in state, Xernona was horrified by what she saw. It looked as if a lump of clay had been place on the side of his face. Complaining to the mortician proved fruitless. So she borrowed some powder make-up from from friends, and she smoothed out King’s face as best she could.

The documentary also recounted the story of how through a unique friendship, she was able to get the Grand Dragon of the KKK – Calvin Craig – to renounce his association with the racist organization.

Gail Mayes, the daughter of Calvin Craig, reached out to Xernona Clayton about five years ago to tell her how she had “healed my father and cleansed our family.” The two have formed a bond, and Mayes came down from her current home in New York to attend Saturday night’s event.

Clayton’s life had so many special moments. She was the first African-American woman to have her own primetime talk show in the Southeast; she became a vice president of Turner Broadcasting System; and she founded the Trumpet Awards, an annual event that honors the accomplishments and contributions of African-Americans. 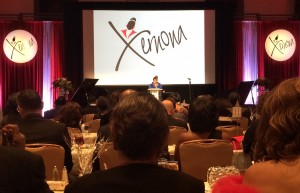 Despite having all her boyfriends present, Xernona Clayton asked her husband, Judge Paul Brady to join her on stage.
“He’s a great source of comfort,” she said. “Thank you Paul for 40-some-odd years. You’ve made my life happy.”

Her first husband, Ed Clayton, a journalist who had moved to Atlanta to help King and the SCLC with its communications, passed away in 1966 – a short to two years after moving here.

Given all the ups and downs of her life, Clayton’s unveiling of a documentary depicting her rich life was a moment of celebration.

Xernona Clayton, who will turn 85 on Aug. 30, then shared a background story of the making of “Xernona: A Life to Remember.” 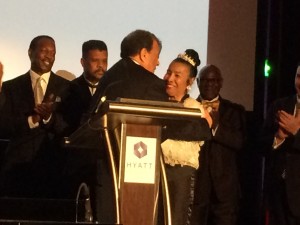 “One little sad story, when I got the idea I wanted to do the documentary, people disappointed me,’ Clayton told the audience after the private viewing. “I wanted to tell my own story. I decided I would underwrite the cost of this documentary even thought I didn’t have the money. I chose a man I respected, told him I had very little money but I was going to beg and get money from my friends. He did interviews, and then he went south. He took my footage and took my money and took my faith.”

But Clayton said she was determined because she wanted to use the proceeds of the documentary to support a school and an orphanage in Africa.

“I have got a lot of work I’ve got to do before I leave this earth,” she said. “The production team has not been paid fully. I’m continuing to beg. That was the hardest part for me – to solicit for money.”

But then remembering a saying her father would tell her, her twin sister and two other siblings – it’s not enough to just take up space while you are here on this earth. You must always strive to make a difference, to make the world a better place.

She acknowledged that she knows she has more years behind her than ahead of her, but she ended by saying: “I’m going to use my space until I no longer have space.”