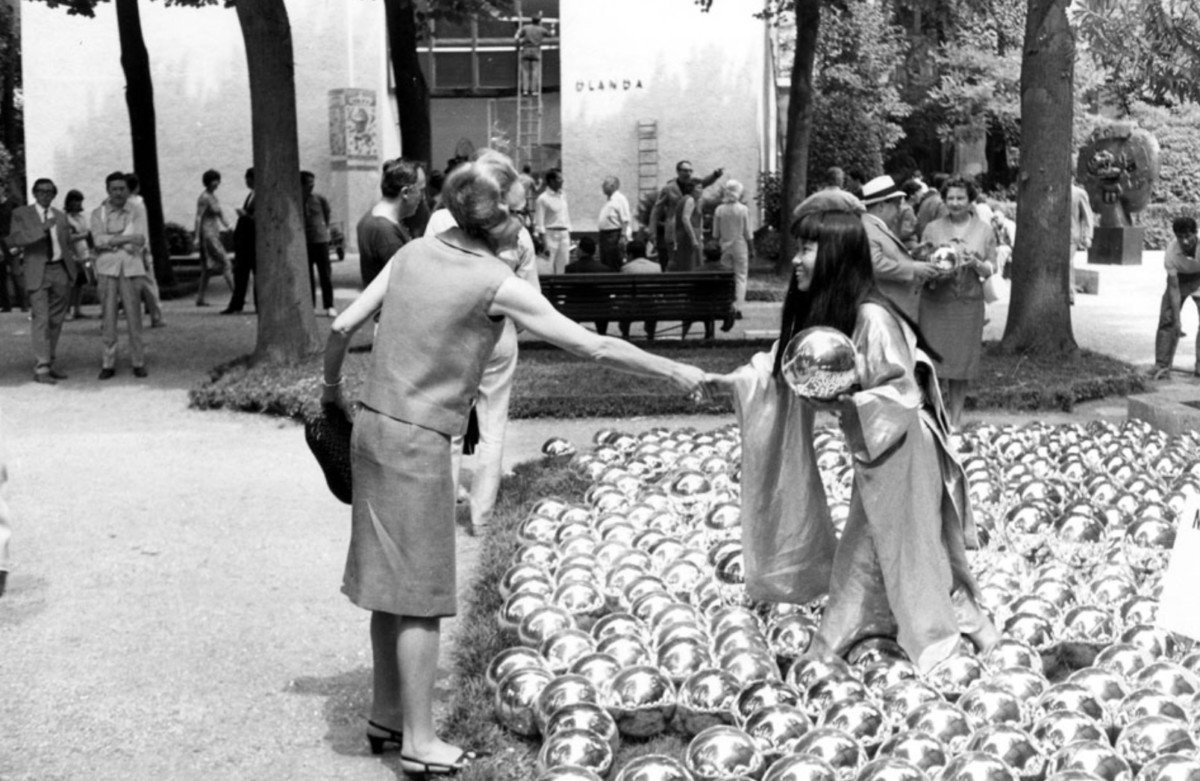 Japanese artist Yayoi Kusama made her Narcissus Garden exhibit so controversial in 1966 at the Venice Biennale that organizers barred her from performing alongside the display. The Atlanta Botanical Garden intends to display the exhibit through Spring.

Kusama’s Infinity Mirrors exhibition at the High Museum of Art has been wildly popular, one of the hottest tickets in town and a virtual sell-out. Prices are well above $200 for each of the few tickets available from third-party handler stubhub.com. The High intends to release a final batch of tickets on Feb. 5, priced at $29 each, for the exhibit that ends Feb. 17.

The Narcissus Garden exhibition at the Atlanta Botanical Garden doesn’t seem to have stirred the level of buzz as Infinity Mirrors. Mores the pity, especially in a region that is both supportive of the arts and is viewed as the country’s cradle of the notion of non-violent protest.

Non-violent protest is just what Kusama seemed to be committing through the Narcissus Gardens presentation in 1966. Some say the performance art represented a protest of the commercialization of art.

Kusama unveiled Narcissus Garden at the 1966 at the 33rd Venice Biennale. The exhibit shook up the art world if only for the brazen behavior of the 37-year-old artist. Biennale officials ordered her to stop participating in her piece of performance art, according to a lesson by khanacademy.org: 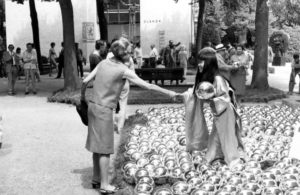 Japanese artist Yayoi Kusama was barred from selling the vinyl balls from her installation at the 1966 Venice Biennial for a reported $2 each. Some say her performance was intended to protest the commercialization of art. credit: https://rachelpottageblog.wordpress.com

Kusama was ahead of her time at the 1966 Venice festival. Two years later, protests by artists led to the event remaining closed until 1986, according to a footnote in the lesson:

Incidentally, khanacademy.org is a non-profit online educational program funded by entities including Google and the Bill and Melinda Gates Foundation, each of which donated more than $10 million, according to a report on the organization’s website.