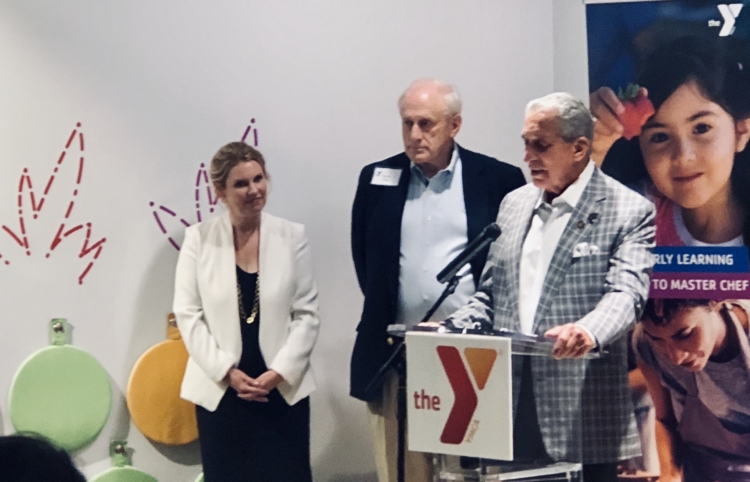 The YMCA of Metro Atlanta opened an early learning center in Vine City Tuesday, where advocates of children hope to break the pernicious problem of illiteracy. The YMCA’s reading program aims to teach reading and vocabulary to infants through prekindergarten in the type of low-income neighborhood where national data shows 89 percent of black children score below “proficient” in fourth-grade reading skills. 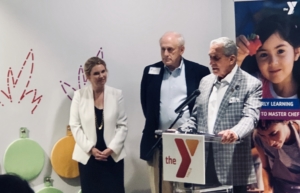 The YMCA’s Read Right from the Start, to be used at the new center, has proven effective in other sites in the city. It’s a method of teaching that aims to help educators approach language education in ways that connect with youngsters from lower income families, teaching reading skills and improving vocabulary.

The facility can serve up to 90 youngsters, and the plan is to give priority to pupils who reside in Vine City, English Avenue, Castleberry Hill and other Westside neighborhoods, according to a report from Atlanta.

Along with the reading program, the center is to offer a wellness program for youngsters ages 3 years to 5 years, and has partnered with Westside Works to offer job training programs a Child Development Associate strand that allows adults to earn a credential needed to work at early learning centers.

Arthur Blank, owner of the Atlanta Falcons, cut the ribbon on the facility that bears his name – The Arthur M. Blank Early Learning Center at E.A. Ware. Lauren Koontz, president/CEO of YMCA of Metro Atlanta, joined Blank in delivering remarks.

The center is located within the YMCA of Metropolitan Atlanta Leadership and Learning Center, which opened at the site of Atlanta’s earliest elementary school for African American pupils, E.A. Ware Elementary School. Ware was the first president of Atlanta University.

Educators have recognized that lower income students have learning challenges that evidently aren’t overcome by some current teaching techniques. The evidence appears in results of a national survey, and the phenomenon was cited this month by Atlanta school Superintendent Meria Carstarphen in comments this month to the Rotary Club of Atlanta.

An analysis by the Annie E. Cassey Foundation of data collected in 2009 by the National Center for Education Statistic, which is located in the U.S. Department of Education, shows: 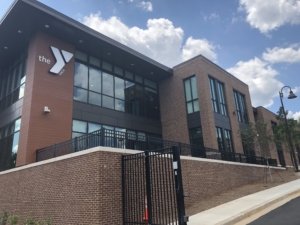 Carstarphen spoke to the poverty issue in her Aug. 5 presentation to the Rotary. As Maggie Lee reported in SaportaReport, Carstarphen said:

The YMCA headquarters opened in June 2019. Invest Atlanta, the city’s development arm, provided $2.5 million for the project from proceeds derived from the Westside Tax Allocation District. New Markets Tax Credits valued at $6.8 million were allocated in order to attract private funding. About $16 million in donations had been identified when Invest Atlanta provided public funding in 2017, according to a report from Invest Atlanta.