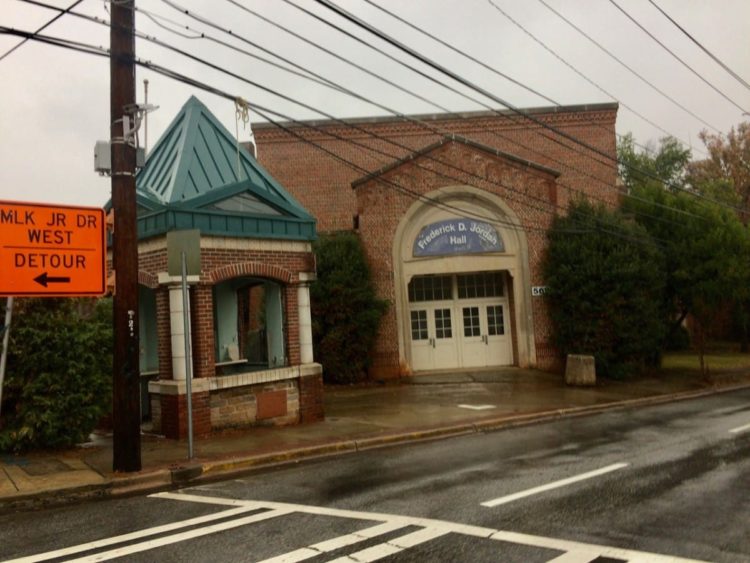 The YMCA of Metro Atlanta, the oldest nonprofit in Atlanta, will be establishing its new home on the Westside about one block west of the new Mercedes-Benz Stadium.

The YMCA, founded in 1858, has been located in the Robert W. Woodruff Volunteer Center (also known as the United Way building) for more than 40 years. United Way of Greater Atlanta has decided to sell the office tower, which has led to its tenants needing to find new quarters.

“The sale of the building presented us an opportunity, and we fully embraced it as an opportunity for us to truly live out our mission,” said Scott Taylor, the new board chair of the Y who is also president of the Carter real estate firm. “We evaluated a number of opportunities for us to stay in Midtown and downtown as a tenant. But the opportunity to acquire Jordan Hall really resonated with our executive team and our board because it will allow us to live out our mission.” 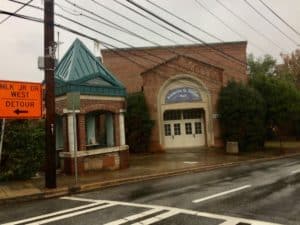 Jordan Hall as it now stands on Martin Luther King Jr. Drive. The YMCA plans to demolish the 1922 building and replace it with a new headquarters (Photo by Maria Saporta)

The Y acquired the Frederick Douglass Jordan Hall, once part of Morris Brown College, on Nov. 15. The building was built in 1922, and it was originally known as the Edmund Asa Ware Elementary School (named for the first president of Atlanta University), one of the first schools that served African-American students in the city of Atlanta.

The YMCA plans to demolish the former school and replace it with a $20 million one-of-a-kind Leadership and Learning Center that it hopes will serve as a catalyst for community reinvestment on the Westside.

“I am thrilled they are bringing the new headquarters of the YMCA to Martin Luther King Jr. Drive,” said Atlanta Mayor Kasim Reed in an interview. “It will be a $20 million building and house more than 100 employees. That strikes me as concrete results for the Westside. A lot of things are really lining up.”

The Leadership and Learning Center will house the administrative offices of the YMCA, which oversees 28 different facilities including 18 full-service family branches — a total of 1.4 million square feet. The Y has a total of 4,500 employees in the 13-county region and touches the lives of 250,000 children and adults each year.

But the center will be much more than a space for its administrative staff of about 100.

The new 55,000-square-foot building will include Head Start and state-funded pre-K and traditional fee-for-service preschool under one roof. The Y also will add about 25 new staff. 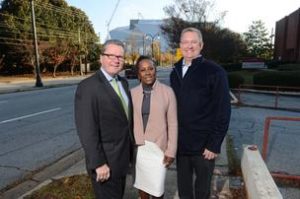 There will be six model classrooms for early learning. The Y will train 1,500 people from all over the Southeast on the latest practices for early education. Those six classrooms will serve about 70 children from the community.

The Joseph B. Whitehead Foundation, one of the Robert W. Woodruff family of foundations, has made a $6 million gift towards the new building.

“The Y is a great organization,” said Russ Hardin, president of the Whitehead Foundation. “They have been anchor tenants in the Woodruff Volunteer Services Center for decades. They now will be a cornerstone in the Westside redevelopment effort.

“The Y provides more early childhood education than any other private agency in Atlanta. Not only will their staff go to work every day just a few blocks from the new stadium, but the Y will train thousands of Head Start and other early childhood teachers at its new center,” Hardin continued. “We are proud of our Y and pleased to support their plans.”

Munster said the Y expects to receive a total of $6 million in public funds — including the city’s Tax Allocation District and New Market Tax Credits. It also is receiving a $3 million early termination fee from United Way that will go towards the building. That means the Y still needs to raise $5 million for the project.

The Y will need a special-use permit to provide early education. It also will need to get demolition and building permits before it can move forward with its plans.

“We are hoping we can get all that done by the end of the first quarter so we can break ground in the second quarter,” Munster said. “We plan to open by summer of 2018, which happens to be our 160th anniversary.”

Originally, the Y thought it would preserve and renovate Jordan Hall. 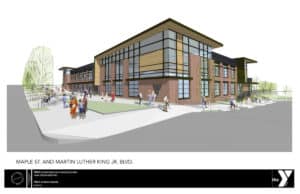 Conceptual drawing of how the new YMCA headquarters will look (Special: YMCA of Metro Atlanta)

“We evaluated numerous scenarios in which we could maintain parts of the structure or all of the structure,” said Taylor, who added the building doesn’t have a historic designation. “After an in-depth analysis, it made more sense to build new. It was more cost-effective to replace the aging facility than preserve it. We want to be respectful of the history of the site. We will continue to evaluate opportunities whereby we can honor the past.”

Munster said the Y wants to be an integral part of the community.

“We are going to have community space, and everything on the first floor will be open to the public,” he said, adding the second floor will be for offices. “We have talked to everybody we can think of so we are not just an office but how we can be connected to the neighborhood.”

Ivory Young, the Atlanta City Council member who represents the area, said he is “absolutely excited” about the YMCA’s investment on the Westside.

“To have partners like the Y can’t be equaled,” Young said. “Considering new jobs, job training and a newly created YMCA early learning center will be part of the investment, there is so much to look forward to. The residents of District 3 welcome them with open arms.”