Update: Due to travel precautions, Itzhak Perlman has canceled his appearance with the Atlanta Symphony for the March 11 concert. Pinchas Zukerman will join Yoel Levi and the ASO for the performance of Bruch’s Violin Concerto No. 1.

World-renowned conductor Yoel Levi – an Atlanta resident who has performed all over the world – spoke to the Rotary Club of Atlanta Monday about the complexities of his craft.

“Conducting is the ultimate communication skill,” said Levi, who responded to questions posed by Woodruff Arts Center CEO Doug Shipman. “There are 100 people talking to you at exactly the same time, and you have to understand each voice at the same time.” 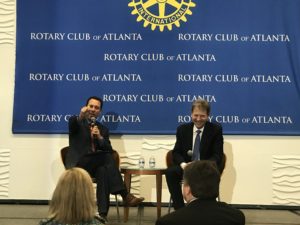 The timing of Levi’s Rotary conversation was geared to the March 11 sold-out concert, where Levi will conduct the Atlanta Symphony Orchestra during its 75th anniversary season with guest violinist Itzhak Perlman. It will be the first time Levi has returned to the ASO since 2005.

Last year, Levi was the guest conductor for the Israel Philharmonic’s tour of the United States, which included a performance at Carnegie Hall with Perlman. Levi has known Perlman since 1979.

Another interesting element of the 75th season is that the ASO is looking for a new principal conductor given that the current music director, Robert Spano, will be ending his tenure in Atlanta in 2021. 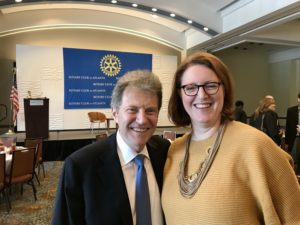 Much of the Rotary conversation centered around how Levi approaches being a conductor. When asked by Shipman what he does up there on the podium, Levi responded: “I just move the air a little bit, and somehow it’s heaven.”

Levi, who has a reputation for demanding excellence from orchestras, spoke of what it was like to lead musicians and having them fulfill his vision for a performance.

“My job is to bring out the best of every musician on stage,” Levi said. “The ultimate satisfaction is when you feel all 100 musicians are with you. When that happens, that is the greatest moment of making music.”

Shipman asked about the cultural differences of conducting orchestras in Asia, Europe, Israel and the United States. While there are differences, Levi said they are able to communicate because “music is the universal language.”

A highlight of the Monday program was the introduction of Levi by his friend and neighbor, Marc Adler, chairman of Macquarium, a multimedia and technology consulting company. 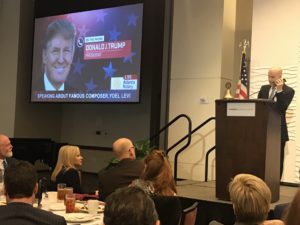 During the introduction, Adler made a special phone call that was broadcast to everyone in the room. On the other end of the line was President Donald Trump, or at least someone who sounded just like the president. The Trump impersonator on the phone made several jokes about Levi’s small hands and about when he would finish his third term and the “beautiful wall” in Jerusalem.

“I never imagined in my life I would have such an interesting introduction,” said Levi, who had an opportunity to visit with many friends and key leaders of the ASO.

Asked about how his craft has evolved over the years, Levi said: “I always think of myself as one of the best wines – I get better and better.”

The ASO concert on Wednesday will hold a special meaning for Levi. “I’m excited because it is like coming home and being with friends and family.” 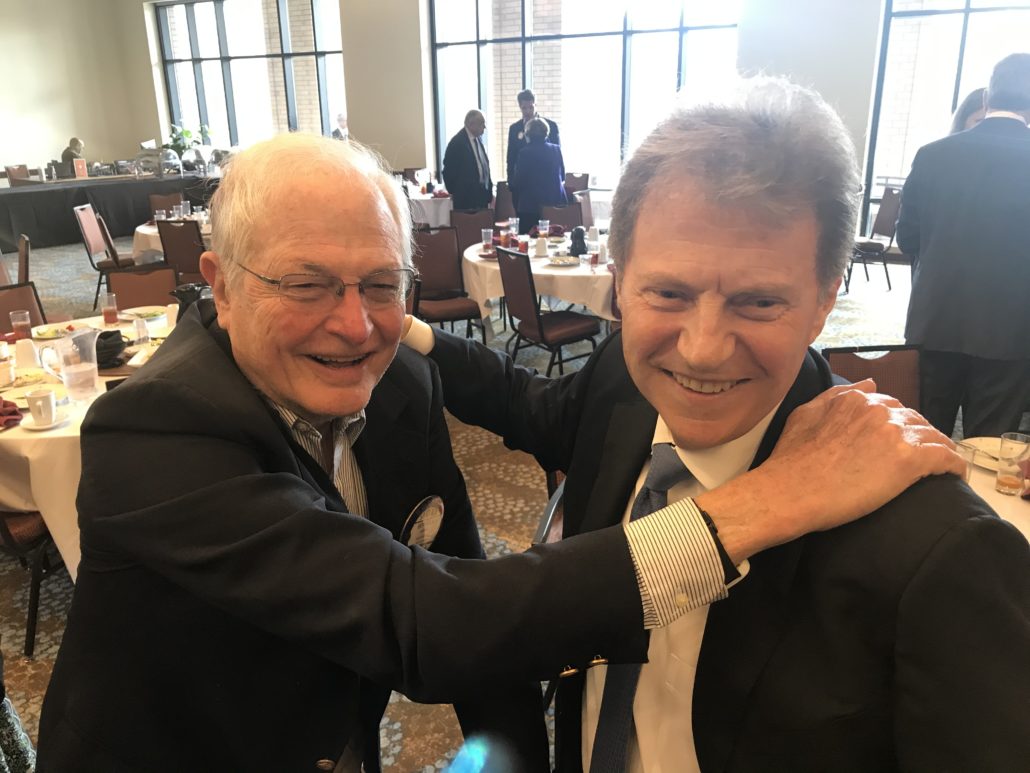 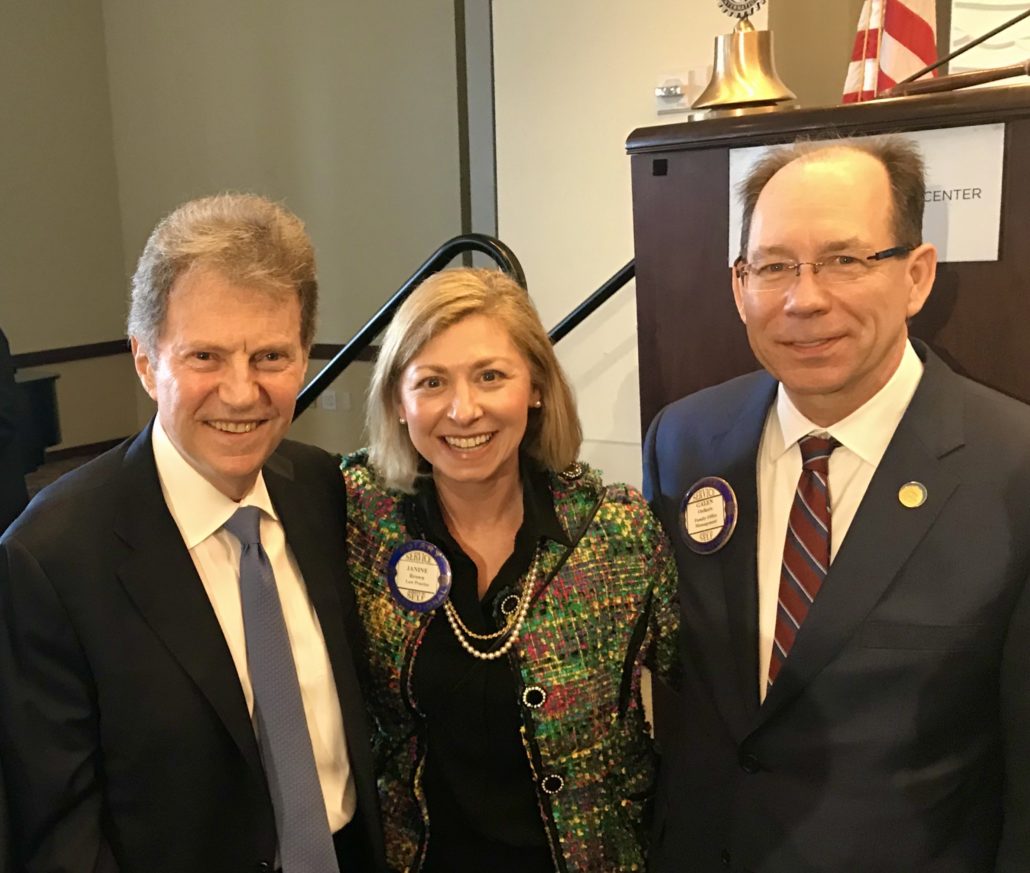 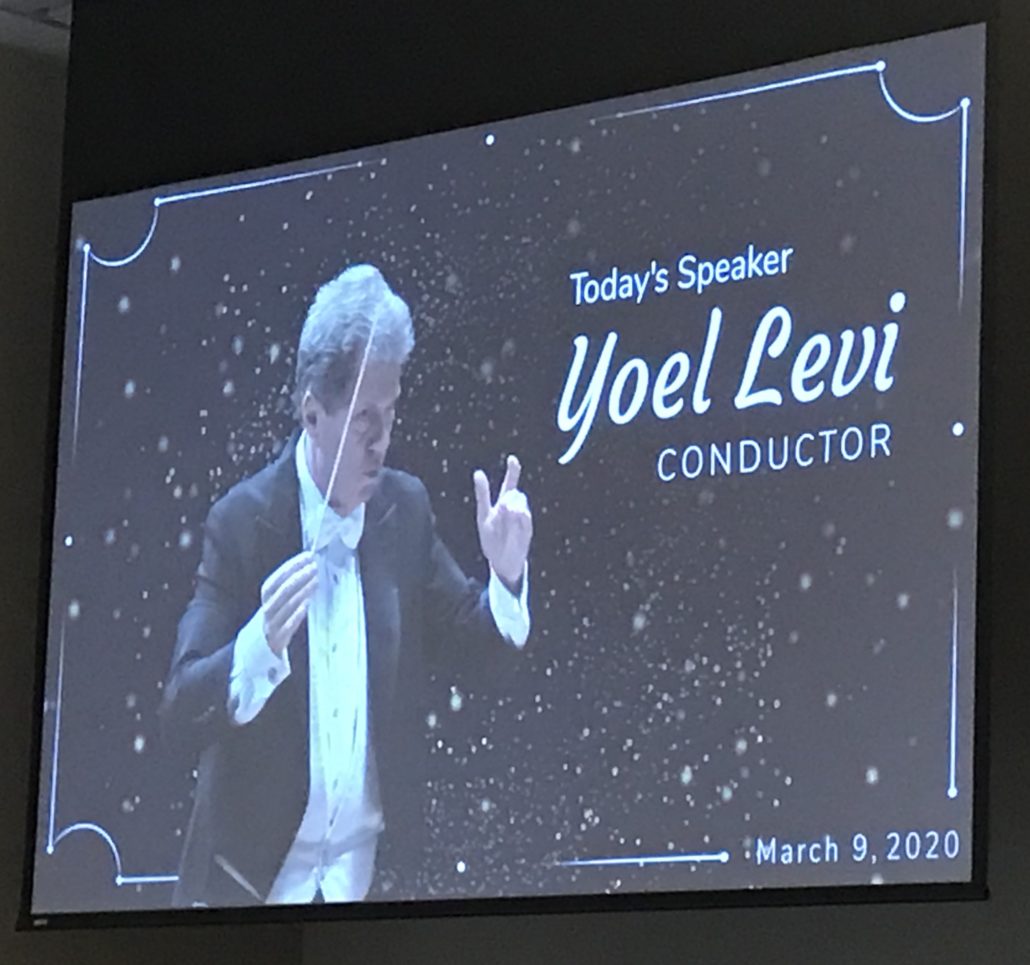