The nonprofit said she had been a mobilizing force where diverse groups of women identify community problems, advocate for solutions and create more equitable communities.

The YWCA of Greater Atlanta has announced that Sharmen Gowens, the organization’s CEO, will retire after seven years of leadership.

“It’s one of those things that we knew would come one day,” Gowens said in an interview with SaportaReport, “we just didn’t know what day that was going to be.” Gowens said she has decided to retire after pouring her love of serving the Atlanta community after 45 years.

“I feel like I’ve done an incredible job here because I’ve been very mission-focused and it’s been the greatest opportunity to serve this community as CEO of YWCA of Greater Atlanta,” Gowens said.

She said that her time as CEO was challenging but fulfilling, and provided her with opportunities to make a difference in metro Atlanta and the state of Georgia. 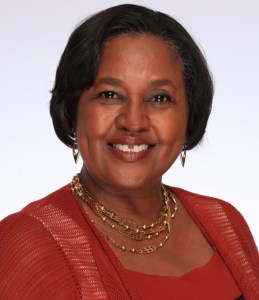 Gowens worked Atlanta Journal-Constitution for 33 years, then worked as SaportaReport’s own Business Development Manager for three years while chairing the board of the YWCA of Greater Atlanta in 2012. She then took the role of Interm CEO in 2013. Her title officially changed in 2015, and Gowens helped the organization continue its mission of being a voice for change for women and families in Georgia since 1902.

“It’s been an incredible seven-year climb,” Gowens said. “I’ve had incredible board members that I’ve worked with and the team continues to grow and expand.”

As the YWCA of Greater Atlanta kicks off its biggest project yet, Gowens, together with Past Board Chair Sarah Lattimer Irvin, will launch a capital campaign to renovate and reopen the Phyllis Wheatley YWCA, located on Martin Luther King Jr. Drive. Gowens knows that the center will help re-establish the YWCA as a prominent organization that addresses community needs while focusing on women and children in West Atlanta.

“I wanted to make sure that as we go out into the community and raise these funds, that I was transparent with the funders because I didn’t know by the time that this campaign is over that I would no longer be here,” Gowens said.

Jennifer Winn, Board of Directors for the YWCA of Greater Atlanta, made a statement that Gowens has strengthened the organization’s financial standing and positioned them to implement a new strategic plan to grow with the needs of Atlanta’s communities and making them more relevant than ever.

Gowens also helped the YWCA of Greater Atlanta implement their community-based programs in the past seven years, including the Georgia Women’s Policy Institute, the STEAM Initiative for Girls and the Early Learning Academy for preschool-aged children.

As many businesses and organizations had to close their doors due to the pandemic, Gowens knew that the YWCA’s mission to stay an active member of the community was more important than ever.

“We got shut down like the rest of the world in March 2020,” Gowens said, “but by July, we opened our doors back up and welcomed our little children so that we could help, particularly those parents who were first responders and frontline workers.”

With 99 percent of the staff being women, especially single mothers, Gowens takes pride in saying that the YWCA of Greater Atlanta was able to keep everyone employed and made payroll on time.

“I felt like I was walking in purpose and walking on purpose and that this is the end of my journey. Now that the organization is in a good position, there is no better time to bring in new leadership to help take the YWCA of Greater Atlanta to the next level,” Gowens said.

The YWCA’s board of directors retained Boardwalk Consulting to work with community leaders to search for Gowen’s replacement. The goal is to hire a new CEO in the third quarter of 2022 so they can work with Gowens to ensure a smooth transition.