The next mayor to oversee Atlanta likely is among candidates with a reported $2.3 million to spend before Nov. 2 election day. (Photo by Chuck Koehler via wikimedia.org)

Highlights of campaign disclosures for nine candidates who submitted electronic documents are posted in grids on the bottom of this story. The filing deadline was Sept. 30. All reports were available for electronic review by Monday.

Atlanta residents will see a significant portion of the $2.3 million as it’s spent in a variety of ways – on visible Facebook ads and yard signs, and perhaps on less visible “walking around” money.

Walking around money is a legal and proven method for getting voters to the polls. In Atlanta’s history, the cash payments can be as simple as covering expenses for someone with a car or bus to drive voters to the poll, or to urge friends and relatives to vote for a certain candidate while treating them to a meal. Some campaigns use the words “field representative” or “canvasser” to describe these types of tasks.

The money trail won’t stop here. Fundraising will continue through election day and probably beyond, given the likelihood of a runoff election in at least the mayor’s race. The runoff election is set for Nov. 30.

Voters will get their next look at campaign fundraising and expenses in reports due Oct. 25. If a runoff election is required, the filing deadline is six days before the Nov. 30 election.

Each of three candidates reported more than $400,000 in cash on hand. This is a shapshot of a few expenses from each campaign:

The following grids provide disclosure information for the nine candidates who submitted reports that can be reviewed online.

Note to readers: To visit the website and view complete disclosures, including contributors, loans and expenditures for candidates in all Atlanta campaigns, click here. 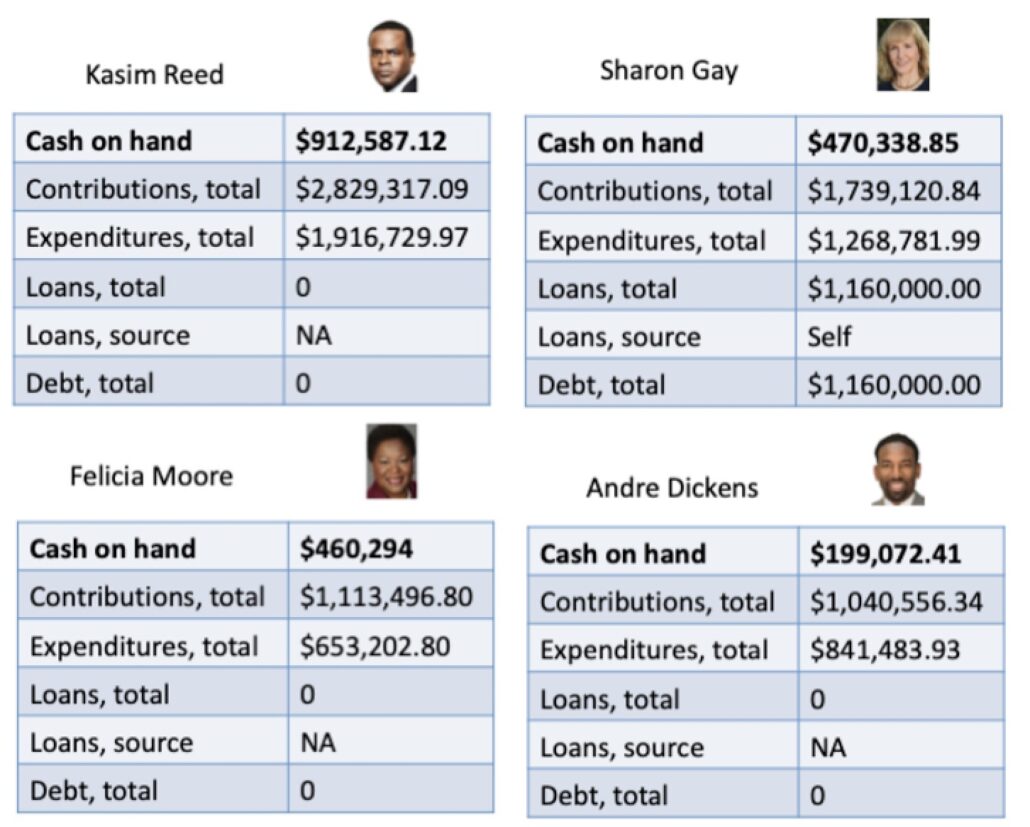 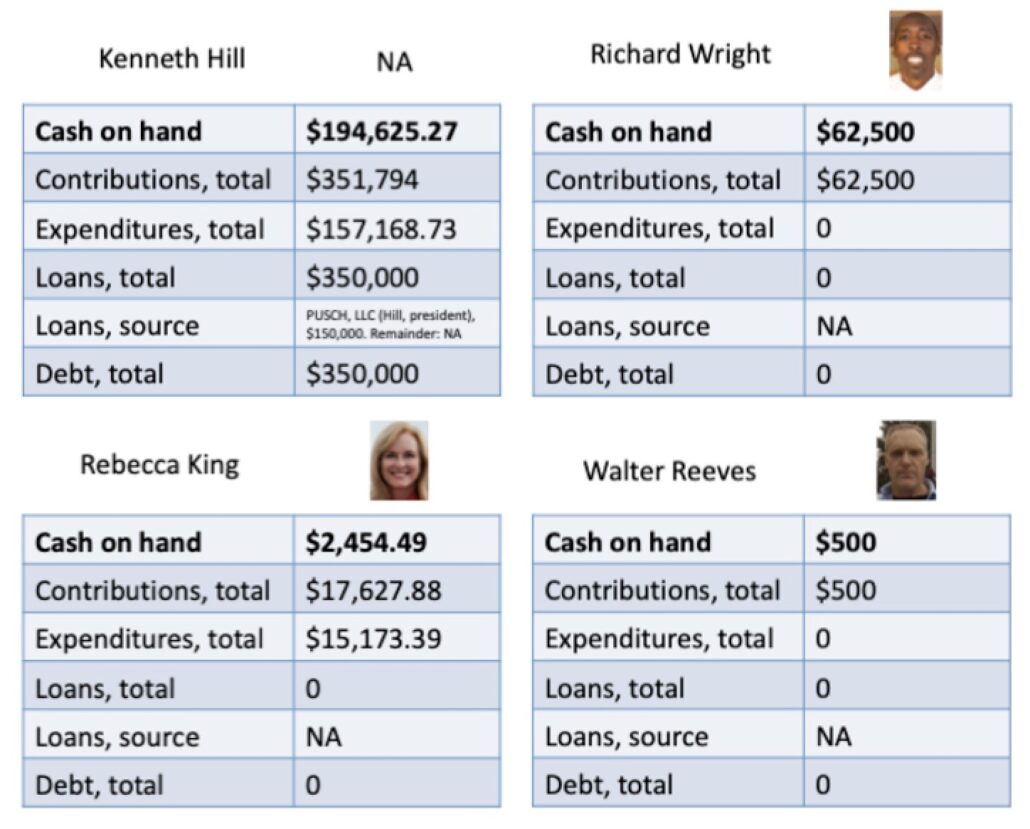