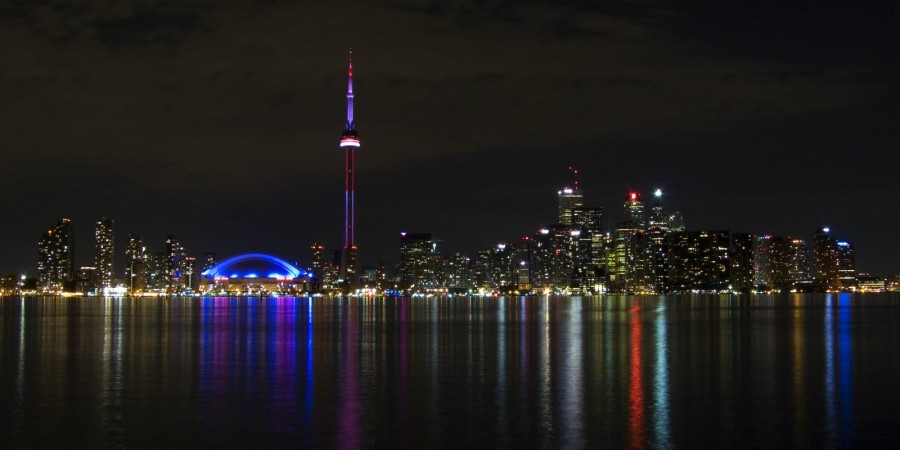 A night-time view of the Toronto skyline

When asked why the 19th annual LINK trip was going to Toronto, Doug Hooker, executive director of the Atlanta Regional Commission, had a simple answer.

“If you want to be world class, you have to go to a world class city and see what it looks like,” Hooker said.

Ever since 1997, a delegation of Atlanta leaders has been going to different cities in North America to learn about how other regions cope with many of the same issues that our region has been facing over the past two decades.

About 110 government, business and civic leaders have been to Boston, Houston, Denver, Washington, D.C., Seattle and Chicago among other cities over the years. 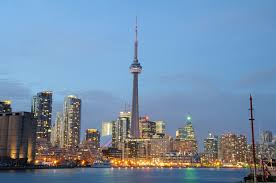 A skyline view of Toronto

The 2015 LINK trip, which will go to Toronto from May 6 to May 9, will be the second one outside the United States. Back in 2007, the LINK delegation traveled to Vancouver for its three-day immersion in the city’s governance, transportation, urban design, social issues, arts and culture.

“This is a great time for Atlanta to Toronto because we are beginning to have more conversations about transit in the region, about diversity in the region, and we have been wrestling with our need for more regional cooperation,” Hooker said. “These are all issues where we feel we can learn from Toronto’s failures and successes.”

Rob LeBeau, ARC’s LINK program manager, said: “When you think about global cities, Toronto always come up. Everyone talks about Toronto’s world-class status. It’s amazing the number of construction cranes that are going up.”

Stephen Causby, a principle planner with ARC, said that more than 100 towers are under construction, and Toronto pays a great deal of attention to livability and a high quality of life.

The city of Toronto’s population is so large because in 1967, the 13 local governments that made up Metro Toronto were cut in half. The seven smaller cities were merged into their nearest larger government – which led to a six member Metro Council.

Then in 1998, the Premier of Ontario at the time – Mike Harris – dissolved the six governments and combined them into the current City of Toronto – even though 76 percent of the voters opposed it. 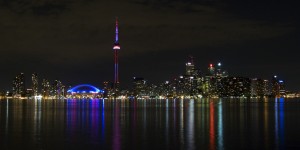 A night-time view of the Toronto skyline

Consolidation ended up not being the cost-saving move that it was supposed to be, and the former cities still keep their own identity – so Toronto’s politics are not always harmonious.

The LINK trip will explore how Toronto has an organization that seeks to increase diversity on the boards of the city’s civic, business and governmental entities.

The Toronto Foundation also has been producing a “Vital Signs” report every year since 2006. The report highlights key issues and opportunities in the region – from education to housing, arts and culture and numerous other data points that give leaders a way to measure the health of its region.

According to Rahul Bhardwaj, CEO of Toronto Foundation, and John Barford, board president of the foundation, said that they need to think hard about the future of “this most livable city” in order to compete in a global economy.

“We’re already attracting the best and brightest from Canada and around the world, and diversity comes with new ideas and innovation,” they said. “But to continue to attract, as well as retain, human capital, we need to offer the best opportunities and a shared quality of life.”

While the State of Georgia just passed a transportation bill that will generate nearly $900 million a year with a one-time $75 million grant program available for transit statewide, the Greater Toronto Area is planning for multibillion dollars of new investment in transit.

On April 17, Ontario Premier Kathleen Wynne announced the expansion of the GO rail service, which carries commuters into Toronto and throughout the region. She is increasing the funding by $13.5 billion – making good on a campaign promise. (That would be comparable to Gov. Nathan Deal announcing a $13.5 billion transit plan for metro Atlanta).

In a project called “the Big Move” the goal is to add 750 miles of rapid transit and that 25 years from now one-third of all trips to work will be taken by transit, 20 percent of trips will be by walking or cycling and that Toronto will be able to accommodate 50 percent more people in the region with less congestion that it has today. Most of that reduced congestion will come from people traveling less distances each day.

Another major difference the LINK delegation will see when they travel to Toronto will be the respect that the Canadian city has for planning.

Causby and LeBeau said Toronto’s Department of Planning has 90 planners on staff working to make sure development in the city is done in such a way to encourage livability and quality of life. All of those planners have not slowed down the city’s growth. Currently it is one of the cities experiencing the greatest about of real estate activity in North America.

Georgia’s top transportation leaders will be going to Toronto on the trip – several members of the board of the Georgia Department of Transportation; Sonny Deriso, chairman of the Georgia Regional Transportation Authority (GRTA); and Chris Tomlinson, GRTA’s executive director; as well as Robbie Ashe, chair of the MARTA board; and Keith Parker, CEO and general manager of MARTA.

Among the major leaders who are not coming include: Atlanta Mayor Kasim Reed, Fulton County Commission Chair John Eaves, DeKalb County CEO Lee May and the county chairs of Fayette and Henry.

Ceasar Mitchell, president of the Atlanta City Council, will be going as well other representatives from DeKalb, Fayette and Henry.

Also coming will be the presidents of the region’s top chambers of commerce – Hala Moddelmog of the Metro Atlanta Chamber; Dan Kaufman of the Gwinnett Chamber; David Connell of the Cobb Chamber; Brandon Beach of the North Fulton Chamber; and David Gill, of the Henry Chamber.

Despite the influential leaders who will be on the trip, it does strike me that the very people who most need to be on a trip that can enlighten us about what it would take to make the Atlanta region truly world-class are the ones who are staying at home.

A history of the LINK cities: