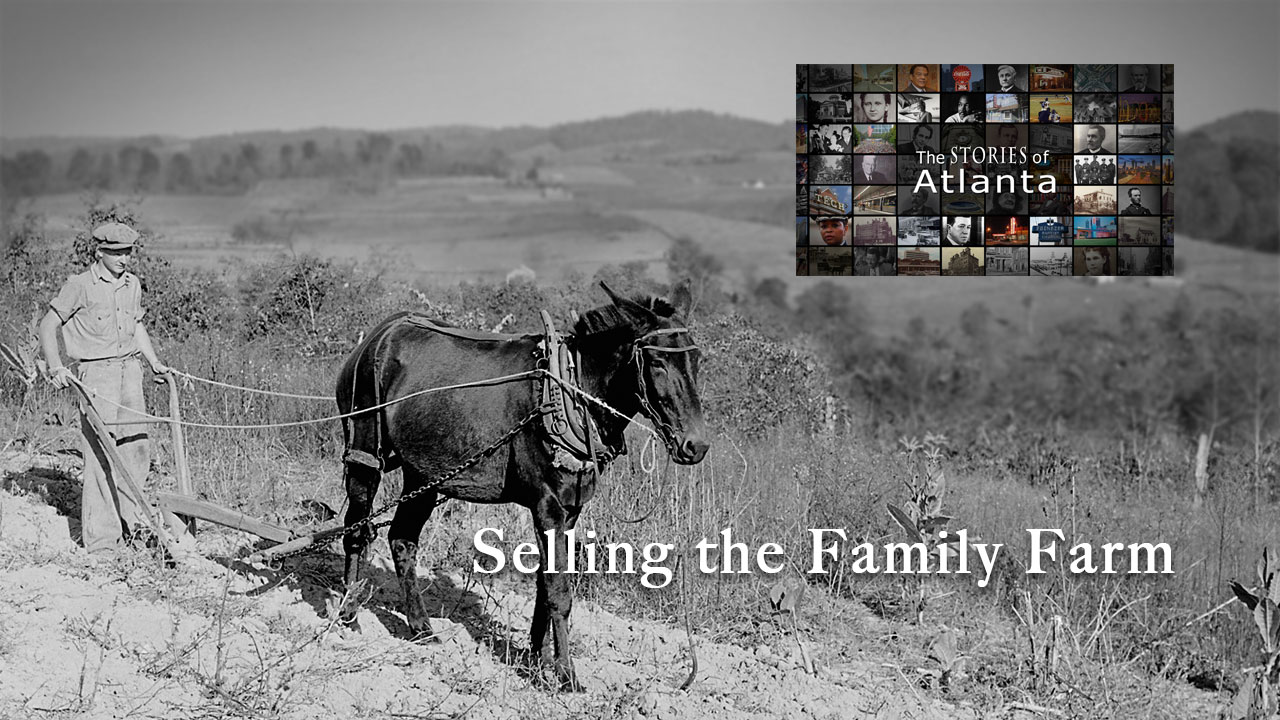 That almost everything was something else before it became what it is today is hardly news to anyone. Knowing that fact, however, does not make the observation of the evolution of a city any less fascinating. Such is the case with the subject of this week’s Stories of Atlanta. At its heart, this story is about a family farm, a plot of land that a group of people carved out of the wilderness and from which they were able to sustain themselves for over 50 years. Not an uncommon story but, in this case, a story whose history we happen to know a bit about.

It is interesting to think about the relationship that early settlers had with their land. For many of Atlanta’s early pioneers, their land was pretty much all they ever knew and they must have known it very well. In every contour of every hillside they probably felt the pulse of the living land that sustained them. The hills and valleys, the rocky parts and the fertile parts, where water could be found and where one could get relief from the sun in the gentle breezes rolling through a stand of trees. It must have been a very special relationship.

The life of a 19th century pioneer farmer is hard to imagine when viewed through the lens of our highly mobile, hyper-connected 21st century life. And it is even harder to understand the feelings that probably went through Ben Walker’s mind when he sold his family’s farm. Walker was literally born on the farm. He grew up on the land and, with the exception of a short time in the army, he spent his entire life on a 200 acre plot of land on the outskirts of what eventually became the City of Atlanta. He surely is one of those who knew his land as if it were a family member.

And yet, in the late 1880’s, after five decades of living and working the family farm that he bought from his father, Benjamin Walker sold the property and stood back and watched as his land took on a new life. A life that today is very much part of all Atlantans.

The lumberman who saved a few trees for Atlanta
When the Kids Are Away, Let the Public Play
Where Life Swirls…
Is Better Health Your New Year’s Resolution? Read This.