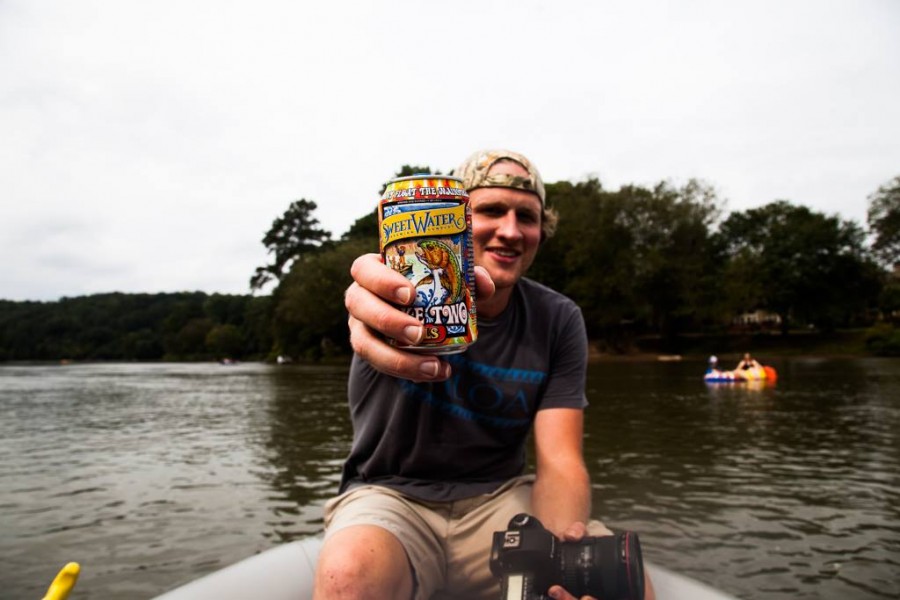 For one local brewery, sustainability isn’t just a buzzword.

This past weekend, Atlanta’s own SweetWater Brewing Co. raised funds for its “Save Our Water” campaign to support the Chattachoochee Riverkeeper and the Waterkeeper Alliance.

People from cities all over the Southeast boarded kayaks, canoes and more for “The Big Float” to raise awareness for clean water. The annual fundraiser lasts through Labor Day with events in markets where SweetWater is served. 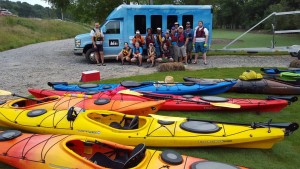 According to the Brewers Association, most breweries release 70 percent of their water as effluent – or wastewater discharged to the sewer system to be treated by a municipal water treatment plant.

Many have joined the Natural Resources Defense Council’s Clean Water pledge to protect our waterways and advocate for clean water. Beer, after all, is 95 percent water.

Since launching in 2006, the campaign has raised nearly $1 million dollars.

Clean water advocacy is paying off. 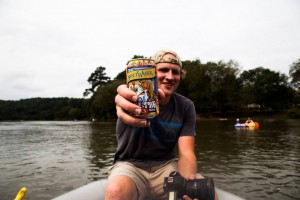 In 2014, the Chattahoochee Riverkeeper’s tracking team discovered American Sealcoat Manufacturing, an asphalt sealant company, knowingly dumped toxic waste down a storm drain and into the river. Living up to their name, the Riverkeeper filed a Clean Water Act complaint resulting in a $10 million penalty.

Chattahoochee NOW, an alliance formed to reimagine the river, will soon birth a development plan for a 53-mile waterfront.

The Chattahoochee makes up approximately 40 percent of the river basin and is a major water supply for the metro Atlanta region. 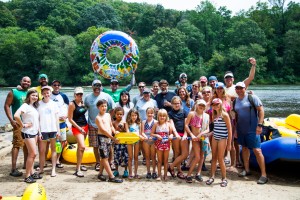 The Big Float: friends and family come together to celebrate and support the Chattahoochee RiverThe Big Float

For SweetWater Brewing Co., water has played an important part of its past.

The company’s roots date back to the early 1990s in Boulder, Co., where Freddy Bensch and Kevin McNerney were roommates at the University of Colorado in Boulder.

Here is their story as it appears on their website. http://sweetwaterbrew.com/brewery/sweetwater-began-flow/

During their time out west, they realized they had more of a hankering for beer than books. Their first step into the profession was washing kegs on the loading docks of a local brewery for free beer.

Not a bad job when you’re in college! With all this free beer, their grades went up, their cars got fixed, friends were plentiful and the sun shined a little brighter. Once they were finished with school, it was time to either find a real job, or get serious in the brewing business. Easy choice, right? Freddy and Kevin headed off to the American Brewers Guild in California aka Brewing School to sharpen up their knowledge of “Fermentation Science”! After that they were off and running brewing beer for other breweries around the west coast, learning their craft while keeping the dream of their own place alive.

In the summer of 1996, the energy and action of the Olympics brought Freddy to Atlanta.He found this town in need of a West Coast style brewery and knew that he and Kevin were just the guys to turn the local brewing scene on its ear with the hoppy, aggressive ales they had been brewing for years.

The boys scraped together (with the help of generous friends, family and loans) just enough money go get started and the first brewery for SweetWater was off of Fulton Industrial Boulevard, on Atlanta’s west side. As they were building their very own brewery, Freddy sought a little cool relief by kayaking down Sweetwater Creek, in a state park just west of the brewery. The name of the brewery became obvious and the motto “Don’t Float the Mainstream” became the guide.

February 17, 1997 marked the official beginning of SweetWater Brewery, and a new style of brewing and selling beer in Atlanta as the boys wandered around Atlanta in an old van with Freddy’s dog Badger. After ending up on the wrong side of the tracks a few times, they were finally pointed in the direction of Virginia-Highlands and found a few bars willing to take a chance on them. “We’ll give you a shot as long as your dog stops begging for leftovers on our patio” was the cautious approval they needed to get the brand rolling.

SweetWater’s second and current location is in Midtown Atlanta, adjacent to Ansley Park, in the Armour Circle Industrial Park just off of Piedmont and Monroe. The boys saved all of their pennies to buy the 25,000 square feet of brewing goodness and smack in the middle of all the action. Since the company began we’ve wanted to be closer to our homes, the bars and stores that sell our beer, and all the good folks that drink it. Fortunately seven years of great growth gave the company that opportunity. We learned a lot from that location and left all those mistakes behind as we built our new home. SweetWater Brewing Company has been here since 2004 and it feels good to be settled in. Our new home has enough capacity to brew 400,000 barrels of beer a year.

Previous Article
Atlanta needs to stop closing its sidewalks to people
Next Article
Challenges of Living Healthy in Atlanta – Part 1: Easing off the South Your Mouth