Sleep-walking into the SEC Primary, and beyond 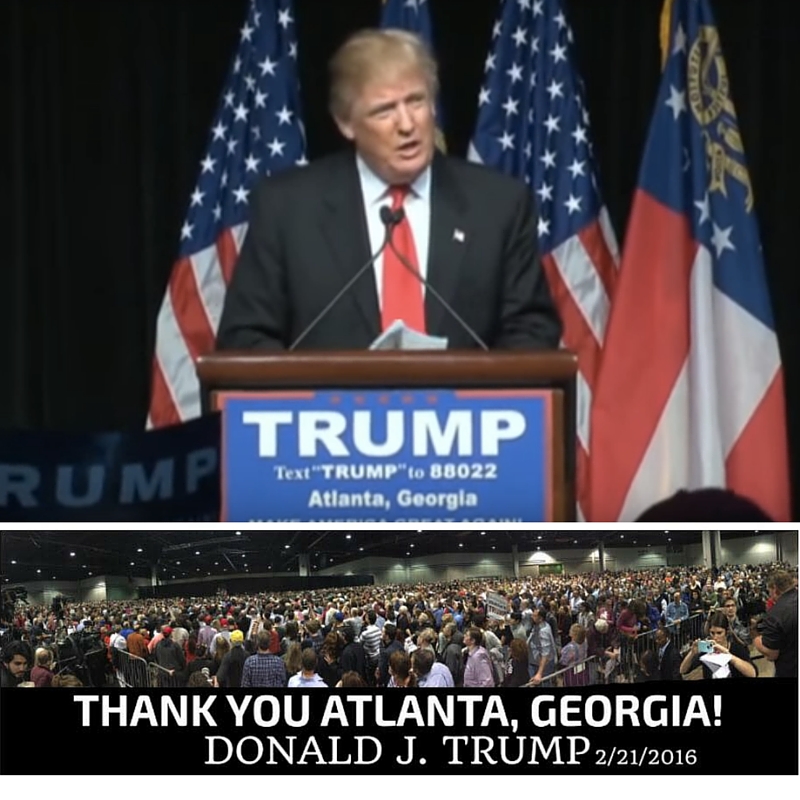 When historians go back to sort out how the political establishment sleep-walked into the 2016 presidential election, Gov. Nathan Deal’s comments last week should stand out.

Days before the South Carolina Republican presidential primary that everybody knew Donald Trump was going to win, as Jeb Bush was gasping his last air, Deal got grumpy about the water wars.

Bush was the last-surviving of four governors Deal had endorsed in the presidential race, because they had endorsed him in his races. Deal stood by his commitment to Bush, but said he intended to have a “pointed” conversation with the former Florida governor about whether he would be fair to the state on water issues. He also said he was “very disappointed” by Sen. Marco Rubio’s attempts to gain the upper hand on the issue in Congress.

Maybe his comments were intended to get around the wavy-haired elephant in the room, but it seemed very strange at that late juncture for Deal to talk as if it still mattered what Bush thought about water levels in the Chattahoochee. One of the small comforts for Bush, at the end of a devastating campaign, is that now he won’t have to have that pointed conversation with Deal.

What Deal thinks of Trump, or what Trump thinks about Georgia’s disputes over water with Florida and Alabama, is beside the point, of course, when it comes to next week’s primary. Trump has roughly the same chances here in Georgia that Sherman had when he began the March to the Sea.

Trump’s victory Saturday was epochal, if ever that word is going to be used about a South Carolina presidential primary. With the qualified exceptions of 1980, when Ronald Reagan beat John Connally, and 2012, when Newt Gingrich beat Mitt Romney, the South Carolina Republican presidential primary has been the bulwark for the Republican party establishment candidate in every election in which it has been held, and three of those were won by a Bush.

It was suitable for Jeb to call it quits in South Carolina, because that state, going back to Lee Atwater and Carroll Campbell, has been so much a key to the family’s success. This was truly a turning of the page for the Republican Party.

Over the years since the South Carolina Republicans began holding their early primary, Republicans have taken control of state governments from Democrats across the South. This leaves a lot of elected Republicans in an interesting position with their electorate as the SEC Primary nears. The blowing up of the South Carolina bulwark has left them with no clear directions as to where to fall in line.

Like Deal, most of these Republicans didn’t place Trump among their four favorite candidates for the nomination. Do they move with their voters and shift their support to him now, or throw in with some last-ditch to stop him? Either direction could have implications later in their own primaries.

How did the party’s establishment lose control of its presidential nominating process? That question will be the stuff of many post-election seminars, but some things already seem apparent.

One of the key miscalculations the insiders made had to do with how effectively celebrity and virality can compete with the advantages of having big money donors. It can be said without exaggeration that the Citizens United ruling throwing open the door to unlimited contributions has had a bigger impact as a plank in the Bernie Sanders platform than as a political advantage to any of the candidates.

All the millions that were supposed to be brought to bear on the campaign can simply evaporate. Right to Rise, Bush’s Super PAC, cancelled ads in eight SEC primary states Monday. But my source on all such matters, Bobby Kahn, says the bean-counters at the stations had already written off the money — they know their politics.

Republicans might also want to reflect on how the Democrats’ nominating process, which with its overlay of super delegates is considerably less, um, democratic than their own, seems much more favorable to that party’s establishment. Hillary Clinton only won the Nevada Caucus by a few percentage points over Sanders, but that small margin combined with the deck now stacked in her favor was enough to send waves of relief through her campaign.

And while no previous effort has produced a happy result, the GOP establishment will probably be revisiting a process in which the early states still hold tremendous sway, and the states which vote soon after them only amplify the results. That will leave Trump with a huge delegate count before next week is over, barring a real sea change. Good luck digging that last ditch after that.