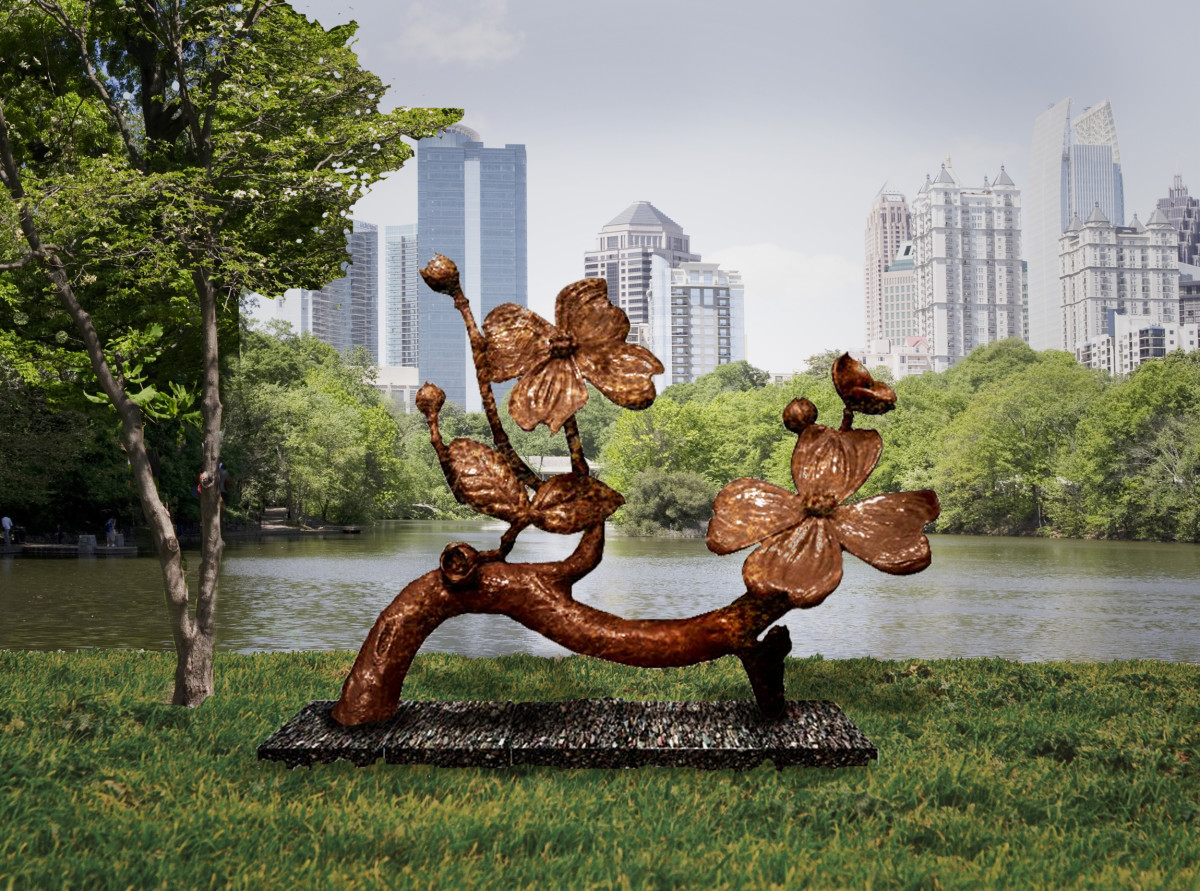 The Atlanta Dogwood Festival is celebrating its 80th birthday this year.

To mark the occasion, the festival has decided to give a gift to Atlanta. It has commissioned a bronze interactive sculpture of a dogwood branch with blooms to adorn the edge of Lake Clara Meer near the Charles Allen Dr. entrance.

Brian Hill, executive director of the Atlanta Dogwood Festival, was aware that the springtime festival is the third oldest arts festival in the country and the oldest festival in Atlanta.

“What says we are even here?” Hill asked rhetorically. “There’s one bench in Piedmont Park with a plaque. That’s all. It’s time we recognize that we are eight decades old. The festival has survived it all. I wanted to look at doing something memorable. We want to remind people that the Dogwood Festival is there supporting the arts year-round.”

Last year, the board of the Dogwood Festival and the board – working with the City of Atlanta and the Piedmont Park Conservancy – put out a “request for proposals” to Atlanta artists to do an 80th anniversary sculpture.

Atlanta-based Cherrylion Studios was selected, and a proposal by sculptor Martin Dawe is now being put together in a foundry in Utah.

The Dogwood Festival has launched a fundraising campaign for people to contribute to the building and maintenance of the sculpture, which is costing about $100,000. The Festival also has committed to insuring the sculpture and handling all of its long term maintenance costs.

“We are just making sure it’s not a burden on anybody,” Hill said in an interview.

The design of the Dogwood Sculpture will be multi-faceted. It can serve as a bench, as a climbing exhibit for kids and as a picturesque spot for keepsake photos.

“One thing about the piece is that it’s going to be an iconic image of Atlanta because of its placement with the Midtown skyline,” Hill said. “We want it to be interactive. We want it to become a part of the city’s fabric.” 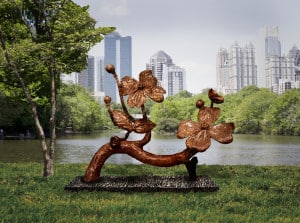 A image of how the Dogwood bench sculpture will look once it has been installed at Piedmont Park (Special: Atlanta Dogwood Festival)

Key donors to the sculpture will get their names on a dedication plaque, and the new attraction will be unveiled at the opening of the 2016 Festival at 5 p.m. on Friday, April 8. The Festival will happen through that Sunday, but the sculpture will remain in place all year long – serving as a reminder of the special joy that the Festival brings each Spring.

In fact, the festival was started in 1936 by retailer Walter Rich. The United States and Atlanta were in the midst of the Great Depression, and Rich thought it would uplift Atlanta to celebrate the blooming of the city’s dogwood trees.

Although the Festival hasn’t yet raised the money for the sculpture, it decided to go ahead a commit to the project by dipping into its reserves until donations came in.

“We’ve been extremely conscientious with our budget, and we have built up reserves,” Hill said. “We would be able to survive a bad year. Often one bad year or two bad years in a row can cause festivals to disappear.”

Back in 2007 and 2008, the Atlanta Dogwood Festival almost became such a casualty. In 2007, the Festival experienced bad weather and rain all weekend, causing it to lose money. Then in 2008, all major festivals and events were moved out of Piedmont Park because of the drought. The 2008 festival was moved at the last minute to the Lenox Square parking lot, which brought on another loss. And then in 2009, the economic recession made it hard to attract a strong staple of sponsors.

“When the economy has been a struggle, the festival has had to be creative to make up a loss in sponsorship dollars with other revenue,” Hill said. 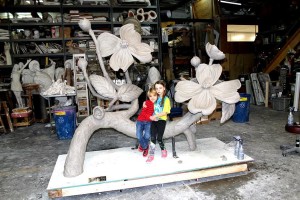 Last year, it started the Mimosa 5k race where runner can enjoy a free Mimosa at the end of the race. About 500 runners participated in last year’s Publix Mimosa 5K, and Hill expects that there will be up to 1,500 runners this year.

For the 75th birthday, the Festival added rides as a way to make that year special. This year, people can buy a wristband and ride all the rides they want on Friday night. There also will be fireworks.

And Hill added that they are bring back hot air balloons to this year’s Festival, and there will be a balloon glow.

Each night also will have its themes. Friday night, there will be a Jimmy Buffett tribute band and a giant “beach party.” On Saturday, there will be a band playing music from the 80s, and people can dress in their best 80s costume.

“We want it to be an extremely memorable year, Hill said. “We want to create new memories. We want to be sure there are some memorable milestones.”