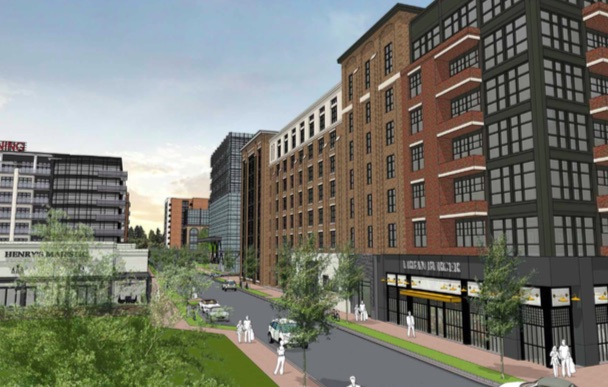 For more than two years, residents of the Westside hashed out a land-use vision for their community with nationally-renowned planners.

Their vision – the Westside Land Use Framework Plan – was adopted by the Atlanta City Council in December giving residents and neighborhood advocates some comfort that their community was going to be developed in a way that would enhance the area yet not overwhelm it. 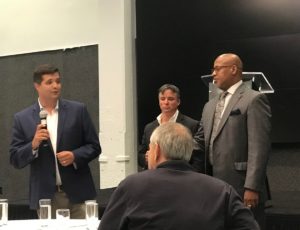 Now Brock Built Homes is proposing to build one of the first major projects on the Westside – Echo Street Communities – at the intersection of Donald Lee Hollowell Parkway NW and Northside Drive.

Community residents of English Avenue expressed concern about the Echo Street Project at a well-attended meeting with developers and planners on May 24 at the Gathering Spot.

Concerns ranged from the project’s density, its lack of affordability – both residential and commercial and the speed of which the developers are seeking to rezone the property – before it has gone through the Neighborhood Planning Unit process.

“The land-use framework plan for English Avenue process involved a lot of neighborhood associations,” said Jesse Wiles, CEO of APD Urban Planning and Management who helped coordinate the planning effort. “It recommended that this site be developed as a medium density site except for the part along Northside Drive. This plan is inconsistent with those recommendations. It’s much higher density than what was recommended.” 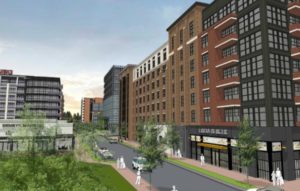 “Master planning evolves in time,” Brock said. “Market conditions change. I realize this plan was only approved in December. Markets have changed dramatically. I don’t want to undersell a catalyst corner.”

Mother Mamie Moore, a longtime English Avenue, was not convinced – asking why they didn’t propose a development that was in keeping with the approved land-use plan. She also was concerned about whether the developers would go before NPU-L to get neighborhood input or rush to get it rezoned without the NPU being able to vote on the project.

Because of the magnitude of the project, it is considered a Development of Regional Impact, so it has to be approved by the Atlanta Regional Commission.

A great deal of the discussion centered on the affordability – or lack thereof – of the project, which is on a 17-acre site.

“Even your affordable housing units are not affordable for me, and I work every day,” said one woman resident.  “At this point, we will be voting ourselves out of a place to live.”

Brock said the developers would follow the city’s guidelines for affordable housing, which is 15 percent at 60 percent Area Median Income (AMI) or 20 percent at 80 percent AMI. 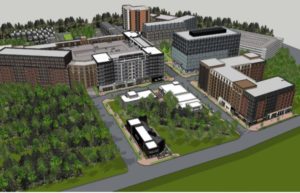 The disconnect is that most of the residents of English Avenue fall between 30 percent to 40 percent AMI ($540 or $720 respectively).

“I didn’t come up with those standards,” Brock said. “You need market-rate housing to create stability. The truth is that I can’t get it to a 40 percent AMI. It’s not economically possible to build a new single-family home at that level. I’m not willing to do that.”

Another resident asked whether there would be any affordable spaces for community-oriented retail and office. The developers said they would like to develop it to be similar to the retail in Krog Street, and the resident replied that Krog Street rents would not be affordable for community residents.

Wesley Defoor of Defoor Ventures, who is a partner with Brock on the development, said they are working with residents to develop a Community Benefits Agreement, and he said they might be willing to consider hiring minority subcontractors for the project as long as they were qualified.

Several residents expressed other concerns. James Arpad, who serves on the land-use committee of English Avenue, questioned whether the streets could handle the increased density. Resident Stephen Causby of English Avenue also was concerned about traffic and whether the project included any green space or parks.

Another concern among residents is that if the city approves this project – far denser than what was envisioned in the land-use plan, it will make it much harder to get developers to adhere to the plan in the future. 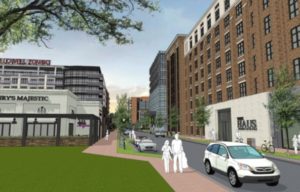 It was Rev. Winston Taylor, who was wearing a St. Mark’s shirt, who was most passionate about urging the developers to follow the approved land-use plan.

Later, Taylor again questioned the high density and lack of affordability in the proposed development.

“You are coming to the community asking for an increase (in density), and you are giving us gentrification,” Taylor said. “What is English Avenue getting out of the increase?” 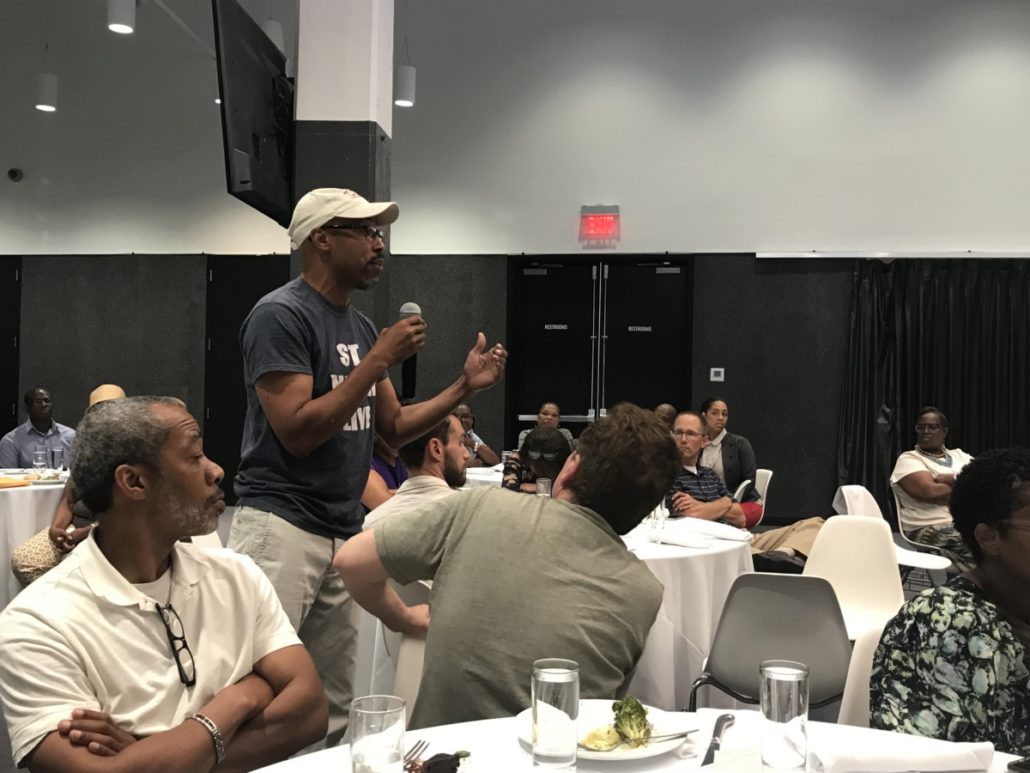 Rev. Winston Taylor question the Echo Street developers about why they didn’t adhere to the land-use plan (Photo by Maria Saporta)