A new Georgia-based disability rights and justice group aims to unite advocates in 14 states in the South, a region notorious for inequities and discrimination. 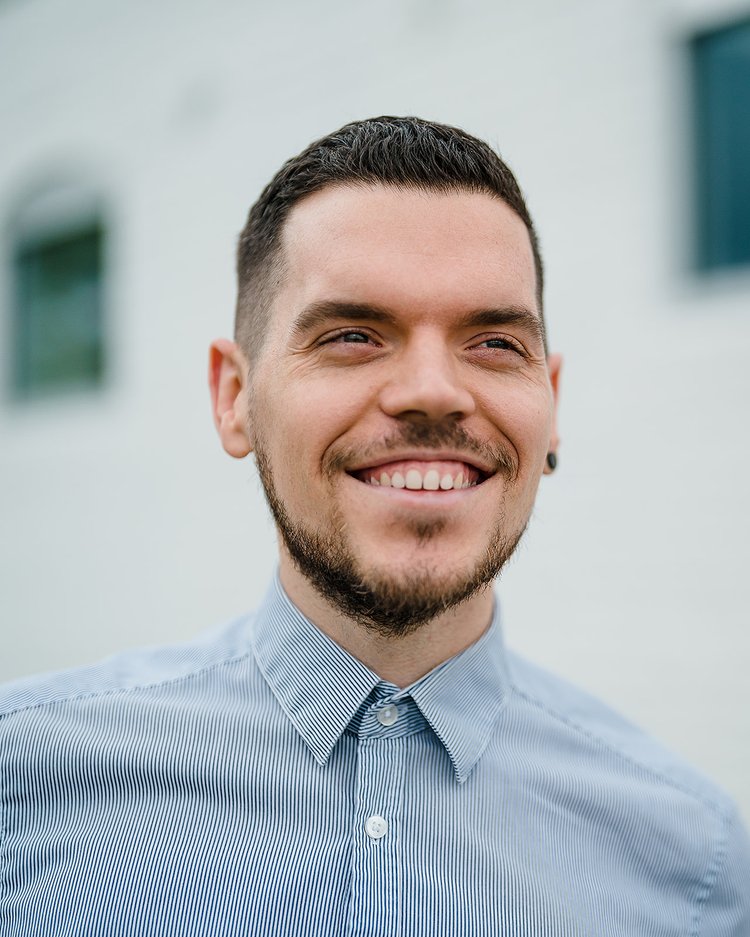 “The vision is to achieve justice and liberation for disabled people,” says Kelly, a former professional musician who has cerebral palsy. “We don’t have, in the U.S., any regional disability rights or disability justice strategy at all,” he adds, even though “we in the South face the disproportionate impacts of a lot of issues,” such as healthcare access and employment discrimination.

NDS will kick off in the new year, Kelly said, by tracking and publicizing legislation that affects disabled people and launching a “Southern Disability Justice Coalition” to partner and align various organizations throughout the South. NDS also may engage in “direct actions” like protests, he said.

Mary Fashik of Brunswick is among the activists excited about the effort. She runs an advocacy movement called Upgrade Accessibility and hosts a podcast called “The Politics of Disability.”

“I really think New Disabled South is going to hopefully change the trajectory of the disabled population here in the South,” said Fashik, who has cerebral palsy and uses a motorized wheelchair. “And open doors that we don’t necessarily get opened for us – and make those doors accessible while we’re at it.”

Among the challenges of organizing the disabled community is its diversity. Some people are born with disabilities; others acquire them. Some people considered disabled by the law do not identify that way, such as members of the Deaf community, which has a distinct culture and language. There is political and cultural debate on the terms of self-identification, with a trend toward “identity-first” language, such as “disabled people,” but many still preferring “person-first,” such as “people with disabilities.” (In this column, I follow the identity-first preference of NDS, Kelly and Fashik.)

Nonetheless, successful organizing has happened for decades at the federal, state and local levels, to which NDS aims to add the regional approach. NDS’s program unites an age-old fight for disability rights with the newer approach to disability justice. “Rights” means civil rights, like those protected in the federal Americans with Disabilities Act (ADA) of 1990 and its 2008 amendment. “Justice” means a social justice approach of embracing people often shut out of traditional organizations and how disability rights intersect with those of other marginalized groups. “I’m a queer, disabled woman of color, so I have all of these things that are used against me,” says Fashik by way of illustration.

The civil rights struggles for all such groups have been notoriously long in the Southern states where NDS aims to work: Alabama, Arkansas, Florida, Georgia, Kentucky, Louisiana, Mississippi, North Carolina, Oklahoma, South Carolina, Tennessee, Texas, Virginia and West Virginia. Georgia nonetheless stands out in some ways, including for significant legal battles where disabled people won rights against state abuses.

The state lost the landmark 1999 U.S. Supreme Court case Olmstead v. L.C., which ruled that mental illnesses are a form of ADA-protected disability and that unnecessary institutionalization of mental health patients is illegal discrimination. (Lois Curtis, the plaintiff in that case, died earlier this month.) Another influential opinion was the 2006 case United States v. Georgia, which opened states to some lawsuits alleging discrimination under the ADA. The plaintiff in that case, Tony Goodman, was a paraplegic state prisoner who alleged that he was placed in a cell too small for his wheelchair to turn around and that staff denied him assistance for such basic human functions as bathing and using the toilet. Right now, some of the several lawsuits challenging Senate Bill 202, Georgia’s 2021 voting reform law, include claims that it discriminates against disabled voters by restricting early-voting or mail-in options and other factors.

Georgia’s disabled population is estimated at around 1.4 million, or 13.5 percent of the total, according to the latest “Annual Disability Statistics Compendium” from the Institute on Disability at the University of New Hampshire. And according to statistics in the compendium, that population faces large disparities in such life basics as income and employment.

Those are the sorts of numbers Kelly hopes NDS can start shifting in a state he came to by the unusual path of rock and roll. He was born in New York state as a triplet, all with cerebral palsy, one of whom died at age 6. He uses leg braces and sometimes a wheelchair.

Nearly 20 years ago, Kelly and his brothers formed an alternative rock band called A Fragile Tomorrow, with him as drummer and vocalist. The band gained the attention of such hit groups as the legendary Atlanta duo Indigo Girls, opening concerts for them and appearing on each others’ albums. Kelly calls them his “tour moms” for bringing the boys on the road. He moved to the South 14 years ago, at age 17, and has lived in Georgia since 2014. NDS is registered at his College Park home.

In 2020, Kelly began working at Fair Fight as a strategist on disabled voters’ rights. Last year, he quit the band – which continues without him – to join the Abrams campaign. There, he helped her write a detailed disability rights platform, worked on fundraising, and led an eight-person accessibility and engagement staff. The platform gave Abrams a leg up on such issues as Georgia employers being allowed to pay some disabled workers below minimum wage. According to a Georgia Recorder report, at a candidate forum in Decatur about disabled community issues, Abrams “staked out policy positions,” while incumbent Republican Gov. Brian Kemp “sent a video update about Hurricane Ian.”

Much of NDS’s program naturally echoes the Abrams platform. “I feel like there’s a lot of momentum around the work Stacey was going to do if she became governor,” said Kelly, while emphasizing his organization is nonpartisan. Abrams is not involved in organizing the nonprofit and Kelly “as of right now, there are no plans” for her to work with it directly.

One big theme NDS shares with the Abrams platform is a focus on expanding Medicaid in Georgia and elsewhere. “Eight out of the 12 states in this country that have not expanded Medicaid are in the South,” he said. “There is money to do it, and it has not been a priority, and it is impacting folks in our community who do not have access to healthcare…. And then, in turn, disabled people live in poverty at more than twice the rate of nondisabled people in the country, and the states with the highest poverty rates are in the South.” 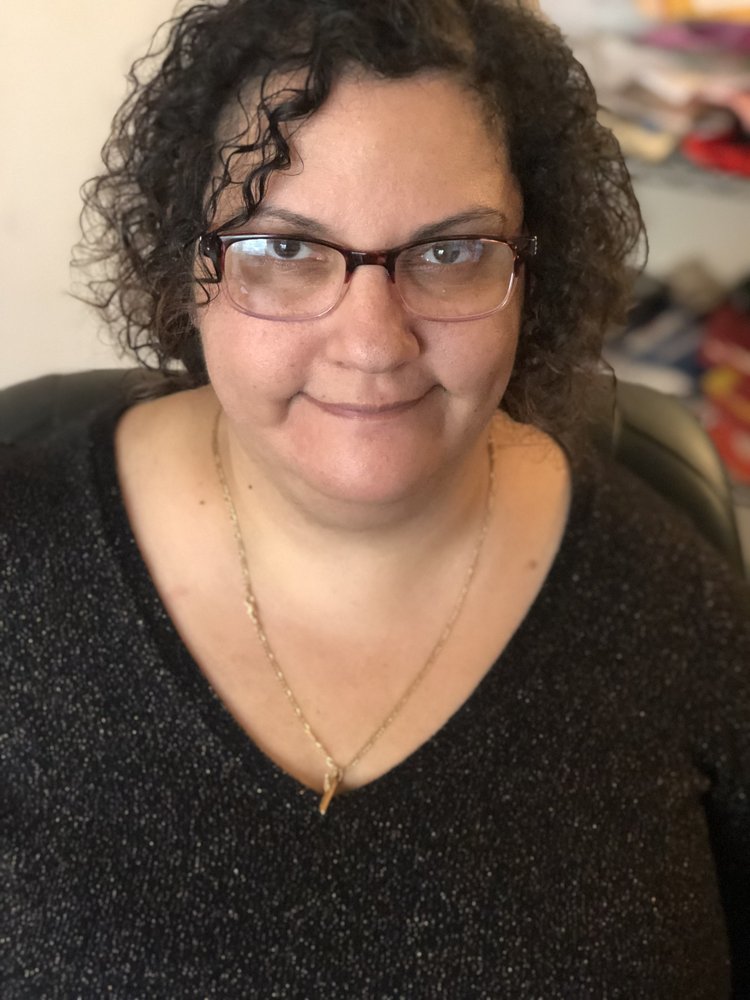 Kelly is also not a fan of Kemp’s recently court-approved plan to institute a work requirement for Medicaid coverage. “I think a Medicaid work requirement is ableist,” said Kelly. “… It is not only cruel, it hurts disabled people who are in need of that healthcare who can’t work physically or can’t work 80 hours a month…[and] may not have the access to job opportunities.” He calls it a “travesty” against a basic principle of disability rights and disability justice, “which is, our ability to produce should not impact our value as human beings.”

Another major issue, says Kelly, is addressing the wait lists for people to receive home- and community-based services. Those lists are more than 7,000 names long in Georgia. More than 514,000 are waiting in the Southern states, Kelly said.

NDS also will work on its “three pillars” of tracking legislation, educating the public about them, and conducting research on disability issues, Kelly said.

A previous era’s disability rights organizing created the Centers for Independent Living (CIL) system, where disabled people, with government funding, lead groups to connect people to various services. Metro Atlanta’s CIL is the Tucker-based disABILITY LINK, where Executive Director Kim Gibson said she has yet to hear from NDS. She said CILs remain “underfunded” and that the National Council on Independent Living has an association of Southeastern CIL directors for collaboration.

For Fashik in Brunswick, NDS represents more leverage for her practical approach to activism, which started when she realized her motorized wheelchair would not fit into a supposedly accessible stall at a local grocery store, leading her to say, “Accessibility needs an upgrade.” She said NDS has the opportunity to be inclusive and groundbreaking.