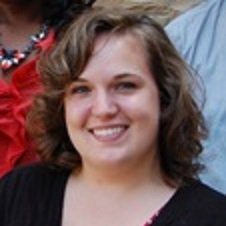 “You do the crime, you do the time” right? Sound reasonable? Let’s consider for a moment an individual who has been convicted and sentenced to incarceration for forgery – we’ll call her Jane. Jane is sentenced to 20 years, serve five. She spends the next five years incarcerated, and then returns home. She did her time, right? Well now, upon release, Jane must also serve 15 years of probation. Three years into her probation, Jane has paid all her restitution and met all of her probation requirements. Jane is a different person than the woman arrested eight years ago – she is motivated, has plans for a positive future, and is no longer in need of supervision. But Jane is still staring down 12 more years of probation, and the threat of going back to prison with any misstep. Is she still doing her time for the crime? When will Jane be allowed to move on with her life?

Jane’s story is one that we at Georgia Justice Project (GJP) have heard many times from our clients, in a variety of different ways. For over 35 years, GJP has represented Georgians and their families who have been impacted by the criminal legal system, and stood with them as they rebuilt their lives. In this work, we get to know our clients and their struggles intimately, and we intervene on their behalf within a broken system. One of the things we have seen for years is the heavy burden that lengthy probation sentences have on the lives of our clients. We’ve helped many people who are rehabilitated – only to have a decade more of probation ahead of them. This is unfortunately a reality for many Georgians, as Georgia continues to have – by far – both the highest percentage and the highest number overall of people on probation in the country. One in 18 Georgians is on probation or on parole, compared to one in 58 nationally, and yet data shows long probation sentences do not increase public safety or reduce recidivism. GJP saw a way to provide lasting relief – a clear pathway to early termination for Georgians who have met their milestones and have no further need for supervision. So, we set to work reforming Georgia’s probation law with SB 105.

Key stakeholders and lawmakers had been aware of this problem and tried to address Georgia’s staggering probation rates in 2017 by creating the first early termination pathway. However, only a few hundred Georgians were actually benefitting from the 2017 reforms – clearly something was not working. We saw an opportunity – we could fix and improve the attempts already made in 2017, rather than create a new law from whole cloth. With the help of key partners – including the Department of Community Supervision, the Metro Atlanta Chamber, the Georgia Chamber of Commerce, and REFORM Alliance – GJP crafted a plan with wide bipartisan appeal and that argued in favor of the law change from many different perspectives. We illustrated the wastefulness of Georgia’s current probation system, both in lives and in tax dollars. SB 105 received overwhelming support in Georgia’s House and Senate, and was signed into law by Governor Brian Kemp on May 3, 2021. It went into effect immediately. Less than two months later, we have heard from people who have already been able to terminate their probation sentence early. “The long, long miserable road is finally over,” one individual told us, who was still on probation from a shoplifting charge from over 11 years ago but was able to terminate her probation early under this new law.

We know at Georgia Justice project that lasting progress in the Deep South is very possible, but requires a multilevel approach. This victory was the result of an unlikely mix of partners – nonprofits, key government agencies, legislators, community advocates and more. We will use this experience to continue our push for change in Georgia law – our future policy goals include driver’s license suspension reform, furthering probation reform, and continuing to expand expungement. With 21 policy successes under our belt, we are optimistic about Georgia’s future and we believe Georgia can be a model for lasting criminal justice reform in the Deep South.

GJP has a number of resources available, including a video with fast facts about SB 105, a one-page handout summary and a recent webinar on the subject.