Affordable homes along Atlanta BeltLine: A different perspective on the number built 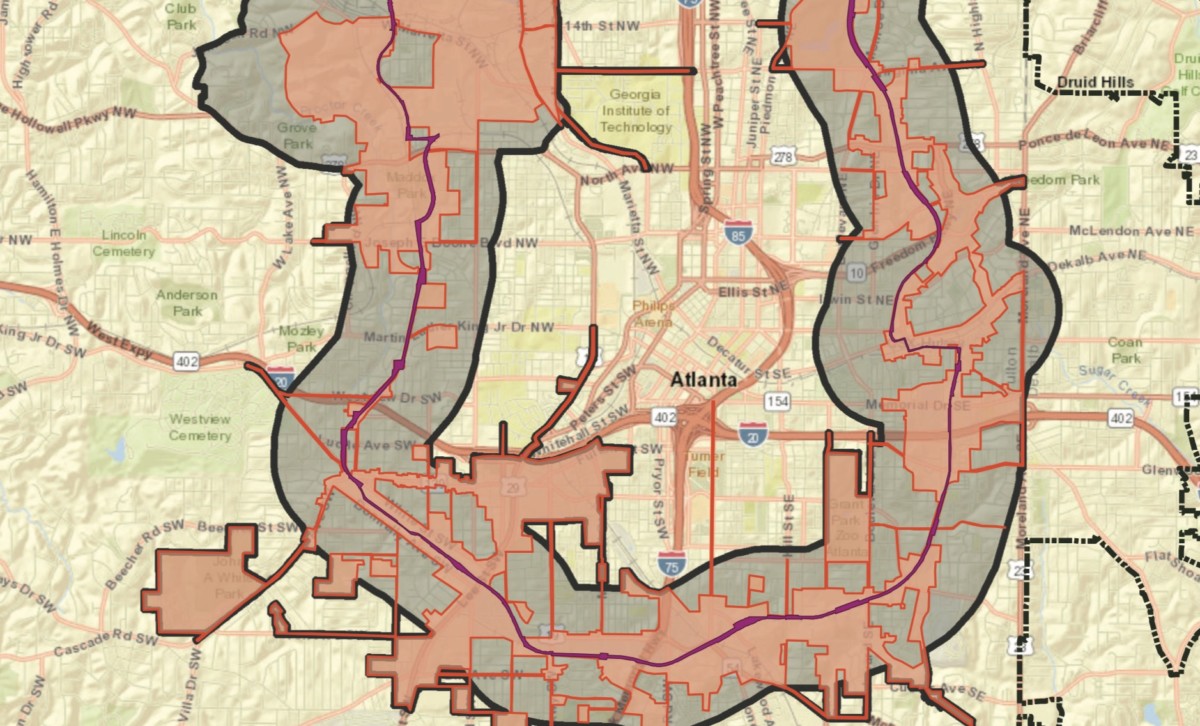 The Atlanta BeltLine would be almost halfway to its goal of creating 5,600 affordable homes if it could count all the affordable homes that were subsidized by a government and built within a mile-wide corridor centered on the BeltLine, the BeltLine’s interim CEO told members of an Atlanta City Council committee Tuesday. 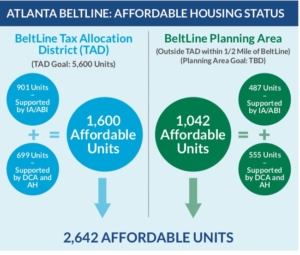 The Atlanta BeltLine has created nearly three times the number of affordable homes as previously reported, if the count includes homes subsidized by other governmental entities in a mile-wide corridor with the BeltLine at the center. Credit: beltline.org

Clyde Higgs, the interim CEO, said some 2,600 affordable units have been created within a half-mile of the BeltLine. Higgs cited the figure during a quarterly report he presented from the BeltLine to the council committee charged with its oversight, the Community Development/Human Services Committee.

A segment of Higgs’ remarks focused on final report issued this month by the BeltLine’s Affordable Housing Working Group, described as a “blue-ribbon panel of affordable housing experts from the public, private and non-profit sectors.”

The panel’s mission was to provide recommendations to the BeltLine to enable it to meet the goal of creating 5,600 affordable homes by 2030. The goal was established by the city council when it created a funding mechanism for the BeltLine’s public amenities – trails, public art, affordable housing, and so forth.

“One item that came out is our counting methodology,” Higgs said of the working group’s discussions.

Until recently, the counting methodology used only those affordable homes that met the criteria of the city’s legislation.

The legislation set a goal of 5,600 affordable units that are to be funded with 15 percent of the total amount of bonds sold to pay for public amenities. These bonds are to be repaid from tax revenues collected on projects built since 2006 in the BeltLine’s tax allocation district, according to an annual report by the BeltLine Affordable Housing Advisory Board. 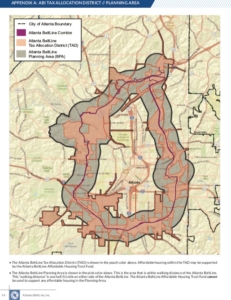 The Atlanta BeltLine’s goal is to create 5,600 affordable homes in the area marked in orange on the map. The number of affordable homes credited to the BeltLine would be higher if the count includes the gray area, which spans a half-mile from each side of the BeltLine. Credit: beltline.org

In July, former BeltLine CEO Brian McGowan said the BeltLine would start counting affordable homes built in the tax district that were subsidized by other governments – Atlanta Housing Authority and the Georgia Department of Community Affairs, according to a report by the Atlanta radio station WABE.

This raised the number of affordable homes built in the BeltLine TAD to 1,600. Of these units, 901 were subsidized by either the BeltLine or its parent, Invest Atlanta, the city’s development arm. The other 601 affordable units were subsidized by the Atlanta Housing Authority or the Georgia Department of Community Affairs, according to the working group’s final report. 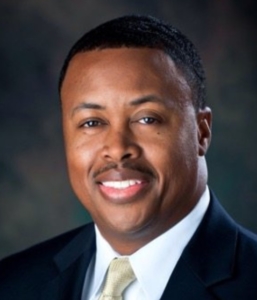 Previous Article
Achieve Atlanta and APS receive $622,000 from Gates Foundation
Next Article
Update: Up to $7.5 million grant from west side tax fund approved for aquarium