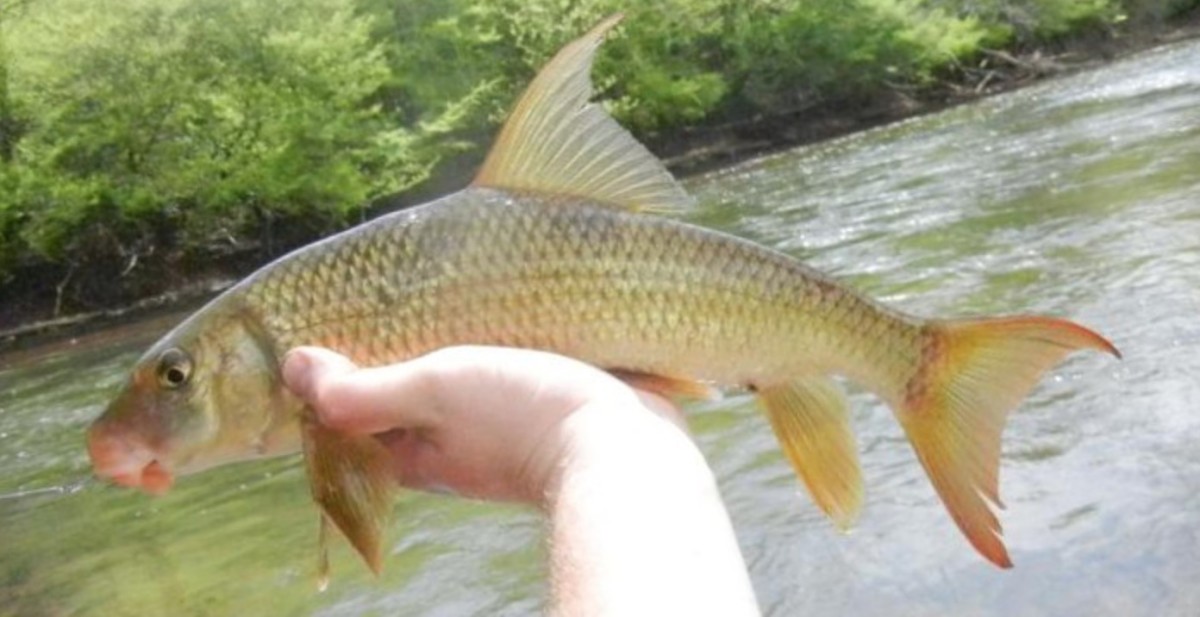 Editor’s Note: This story has been updated to correct Steve Fraley’s employer.

A coalition of state and federal agencies, power companies and the Eastern Band of Cherokee Indians have joined an effort to protect a freshwater fish that’s being considered for the federal endangered species list. 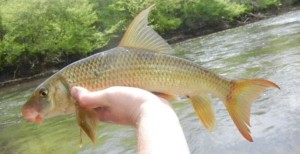 “For some time now we’ve had a core group of people working with this fish,” Steve Fraley, an aquatic biologist for the North Carolina Wildlife Resources Commission, said in a statement released by the Georgia Department of Natural Resources.

“This agreement brings in some new partners and helps ensure not only our continued work, but should provide opportunities to expand our efforts,” Fraley said.

The sicklefin redhorse fish is found in only six Appalachian counties worldwide, according to DNR’s statement. One of them is Towns County, in the Blue Ridge Mountains of northeast Georgia.

The fish wasn’t recognized as a distinct species until 1992. In 2005, the U.S. Fish and Wildlife Service declared the sicklefin redhorse as a candidate for the federal endangered species list. The fish can grow to 25 inches long and live up to 22 years.

The challenges the fish faces are typical: Power dams that fragment the river systems; erosion that covers stream bottoms with silt; pollution runoff and discharge from various sources; river management, such as dredging and straightening; and attacks by non-native animals, according to a page on the FWS website.

Sicklefin redhorse used to swim in the majority, if not all, of the rivers and large creeks in the Blue Ridge portion of the Hiwassee and Little Tennessee River systems, according to the page on the website of the FWS. 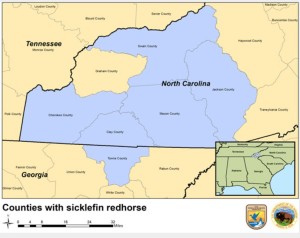 Now their population has been reduced to the six counties – Jackson, Macon, Swain, Clay, and Cherokee counties, in North Carolina; and Towns County.

To help the fish survive, and in hopes of avoiding the need to name it to the endangered species list, the coalition partners signed a Candidate Conservation Agreement on Feb. 23.

According to the FWS, the agreement provides a host of conservation measures for the next year that include: 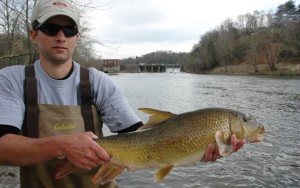 The dam visible in the distance is one of the stressors facing the sicklefin redhorse, shown with a North Carolina biologist. Credit: fws.gov

The partners also have agreed to several broader initiatives that could benefit the sicklefin redhorse and other critters: