Airport interfaith chapel to be named in honor of lifelong minister, educator 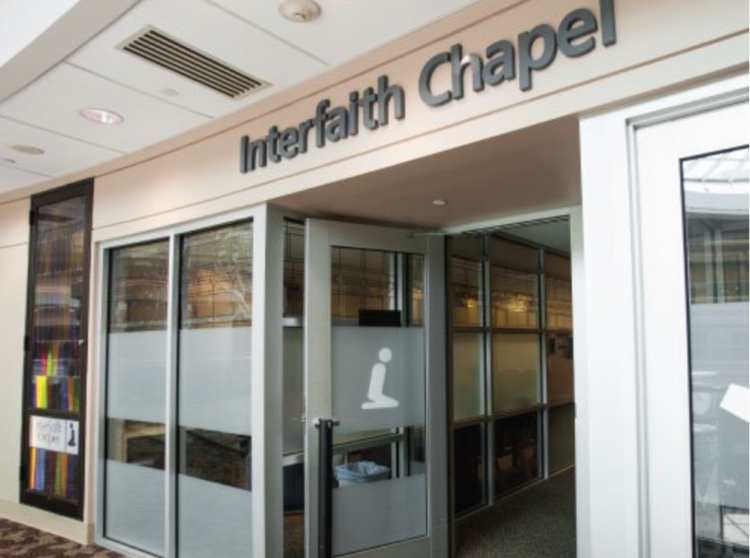 The interfaith chapel on the third floor of the Atrium at Atlanta's airport is to be renamed to honor Bishop Barbara Lewis King. Credit: atl.com

An interfaith chapel at the world’s busiest passenger airport is soon to be named in honor of a Civil Rights leader who has received the highest honor awarded a woman in Africa, and who’s been recognized for her work in the Rev. Martin Luther King’s Chicago movement and a lifetime of achievements in ministry and academia.

The chapel in a non-secured area of the Atrium is to receive the honorary name of Bishop Dr. Barbara Lewis King Interfaith Chapel. The recognition comes in part from King’s ministry, which a report by the National Park Service says, “has extended throughout the world.”

The proposal to name the chapel in King’s honor has lingered on the council’s table for several months. On Monday, the Atlanta City Council is slated to adopt the measure. The paper appears on a portion of the council’s agenda where papers typically are approved en masse without discussion.

King was born in 1930 and was 81 when she earned a doctor of ministry from the Ecumenical Theological Seminary in Detroit. Throughout her life she served others through roles that, according to the pending legislation, included:

This is how the National Park Service describes King’s work, according to a post on the Walk of Fame website:

The chapel in the Atrium, one of three in Hartsfield-Jackson Atlanta International Airport, may not be a required stopover before or after everyone’s flight. But a 2010 story in The New York Times, which an Atlanta-based writer rooted in the chapels at Atlanta’s airport, triggered reader responses with snippets that suggest the notion of airport chapels resonated for some readers: