An Atlanta airport concessionaire who hosted a $1 million fundraiser for President Obama – at his $1.2 million home in Midtown – is to appear before state officials next week to defend against a federal decision that he is too wealthy for his firm to qualify as a disadvantaged business enterprise. 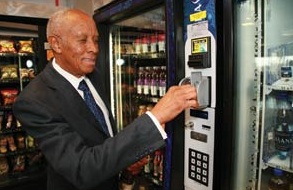 Mack Wilbourn owns one of the four companies, all of which have airport concessions contracts, that federal authorities have determined are ineligible for a federal preference program intended to bolster small businesses.

Federal authorities contend the companies’ DBE certification may have given them an unfair scoring advantage in the competition for city contracts to run restaurants and sell beverages at the airport. Food and drink is a lucrative business at the world’s busiest passenger airport because passengers have little to do but eat and drink between flights.

The state Transportation Department convened the Nov. 8 hearing into Wilbourn’s personal financial status at the behest of the Federal Aviation Administration. Hearings on the three other companies are scheduled for Nov. 14, Nov. 16, and Nov. 20 at GDOT offices in Atlanta. 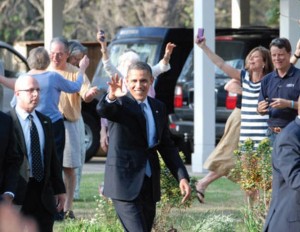 According to the website, theroot.com, Wilbourn hosted a $1 million fundraiser for the president in March at Wilbourn’s home in the Sherwood Forest neighborhood, located at the northern tip of Midtown. The event attracted 100 donors who contributed $10,000 a person to Obama’s reelection campaign, according to the report.

Wilbourn has had concessions contracts for years at Hartsfield Jackson Atlanta International Airport. His company’s competitive position improved after the most recent round of contracts, in which Mack II received a DBE score of a perfect 100 in the scoring by a city review panel that rated proponents.

Mack II now has 10 concessions spaces at Hartsfield Jackson. That’s an increase from the four spaces the company previously controlled – one in the atrium, two on Concourse B and one on Concourse C, according to airport records provided in summer 2011.

Wilbourn is no stranger to scrutiny stemming from his concessions work at Atlanta’s airport. He was in the group of Atlanta’s business and political elite who were swept up in an airport corruption sting nearly 20 years ago.

Wilbourn was acquitted in1994 of charges of mail fraud and witness tampering. His codefendants were convicted – former Atlanta City Councilman Ira Jackson, on 130 corruption charges; and Dan Paradies, the majority owner of a gift shop, on 83 counts of mail fraud and conspiracy to bribe.

According to the current FAA determination:

A GDOT letter to Wilbourn noted that the FAA thinks Wilbourn could not meet even the new threshold for personal net worth, which is $1.32 million.

The process of obtaining DBE certification is complicated and contains a wide array of financial information and variables. That said, a quick check of Fulton County’s property tax records show Wilbourn’s personal holdings include:

GDOT complied with Wilbourn’s request to delay the hearing from its originally scheduled date of Oct. 26. GDOT wrote that Wilbourn’s legal team had adequate time to prepare for the hearing on the initial date. Then GDOT agreed to a delay of almost two weeks.

GDOT has scheduled reviews for these three other companies: