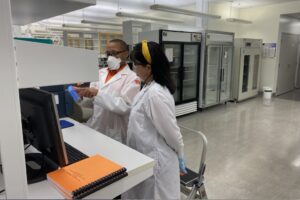 Jackson Healthcare, of Alpharetta, purchased USAntibiotics, based in Bristol, Tn. The company had been in bankruptcy. Tennessee Gov. Bill Lee and U.S. Rep. Diana Harshbarger, who represents the district, made the trip to northeast Tennessee to attend the event.

The plant manufactures antibiotics commonly known as Amoxil® and Augmentin®.

At the moment, every dose of the two drugs is imported to the United States. In 2008, all doses were produced in the U.S.

The antibiotics are central to the treatment of a wide arrange of illnesses, according to a report by MedlinePlus, an affiliation of the National Institutes of Health. The two antibiotics stop the growth of bacteria and are used to treat pneumonia; bronchitis; infections of ear, nose and throat; urinary tract, and skin. Combined with other drugs, they combat a bacteria that causes ulcers. They’ve been proven to treat Lyme disease, anthrax after exposure, and anthrax infections of the skin.

The U.S. supply chain for these drugs and others moved offshore in the 2000s, at a time drug manufacturers were seeking to lower costs by producing in countries with cheaper labor and less oversight, according to a June report by the Biden White House.

China produces much of the penicillin-like antibiotics consumed in the U.S. Half the providers of amoxicillin listed on the B2B portal pharmaoffer.com are Chinese manufacturers. 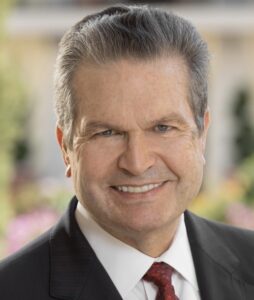 Rick Jackson, founder, CEO, and chairman of Jackson Healthcare, emphasized in a statement the importance of on-shoring the production of life-saving drugs:

China invested heavily in the 2000s in the manufacturing of pharmaceuticals. China has since become a leading global exporter of finished drugs and active ingredients, according to 2019 remarks to a congressional committee by Mark Abdoo, the FDA’s ranking official on global strategy. 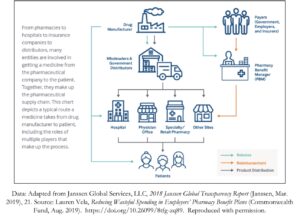 The process of manufacturing drugs in forms suitable for consumers is a complicated process, according to a White House report. (Image courtest of whitehouse.gov)

China was the second-largest exporter to the U.S. of finished drugs in 2019. The role of China in the U.S. drug market likely is higher because China exports active ingredients to other countries that ship finished drugs to the U.S., according to Abdoo’s presentation.

President Biden specifically targeted the phamaceutical industry as part of a broader effort to secure the nation’s supply chain. In a June 8 statement announcing the completion of the report that responded to Biden’s charge, FDA Acting Commissioner Janet Woodcock said:

Then-President Trump had taken steps to secure the U.S. supply of pharmaceuticals. Trump issued an executive order Aug. 6, 2020 that establishes as U.S. policy a commitment to: