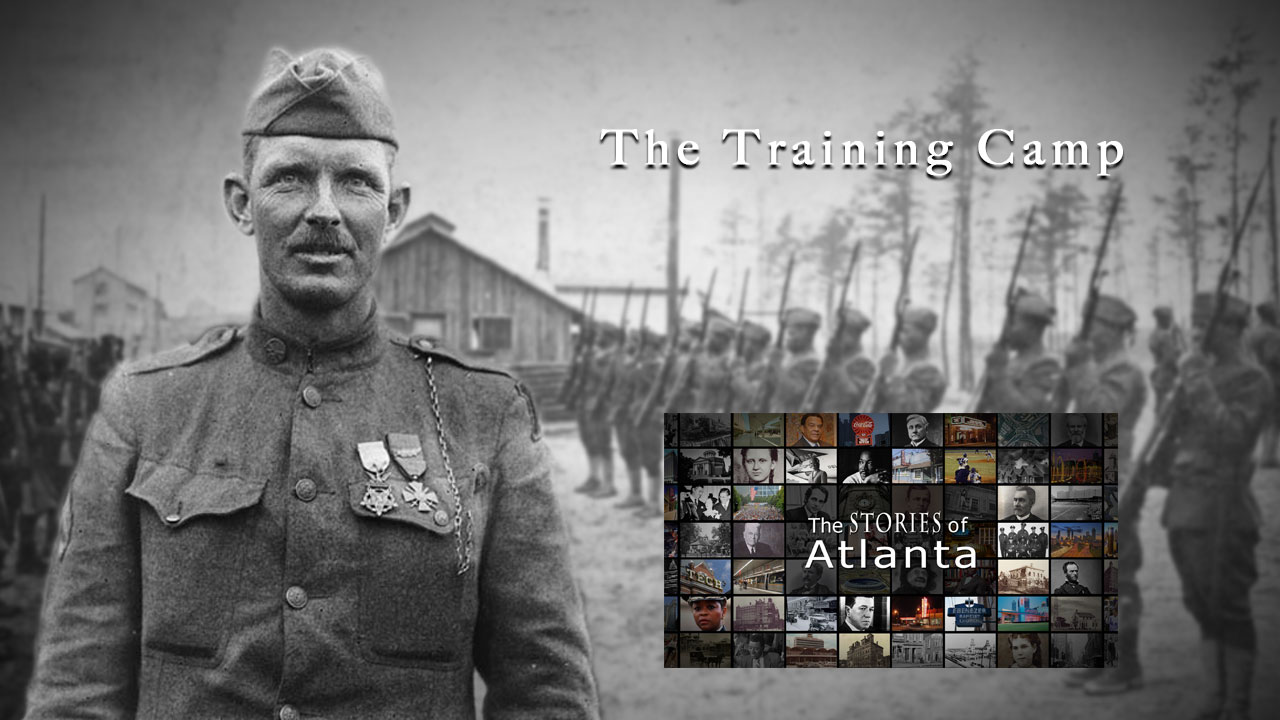 America’s entry into World War One required the country ramp up its training efforts in order to accommodate the thousands of conscripted servicemen who were joining the war effort. Sixteen temporary camps, or cantonments as they were known, were built at locations around the country. One of those camps was constructed on the outskirts of Atlanta on 2,400 acres of land in Chamblee, GA.

Though only a temporary structure, the camp consisted of over 1,600 buildings, some of which were barracks to house an estimated 46,000 troops. There also were corrals equipped to handle 8,000 mules and horses.

The camp was named Camp Gordon after Lieutenant General John Brown Gordon who was a confederate General and later Governor of Georgia. It was also home to the 82nd D “All American” Infantry Division, a unit that saw service in France during WWI and two decades later would be reactivated for WWII as the famed 82nd Airborne.

At the end of WWI, Camp Gordon was scrapped and abandoned and sat unused for twenty years. In 1942, the land was repurposed as a Naval Air Station but, as America entered the “jet age,” the area proved too small for the safe operation of military jet aircraft and, once again, the land was abandoned.

And though the relocation of the Naval Air Station proved to be the end of America’s military involvement with the 2,400 acres of land on the outskirts of Atlanta…it was not the end of the usefulness of the land as we see in this week’s Stories of Atlanta.

Previous Article
Focusing on Early Infancy Can Create Sustainable Societies and Prevent Chronic Disease
Next Article
What are we teaching our children by our reliance on mobile screens? Are we modelling “phones as pacifiers”?