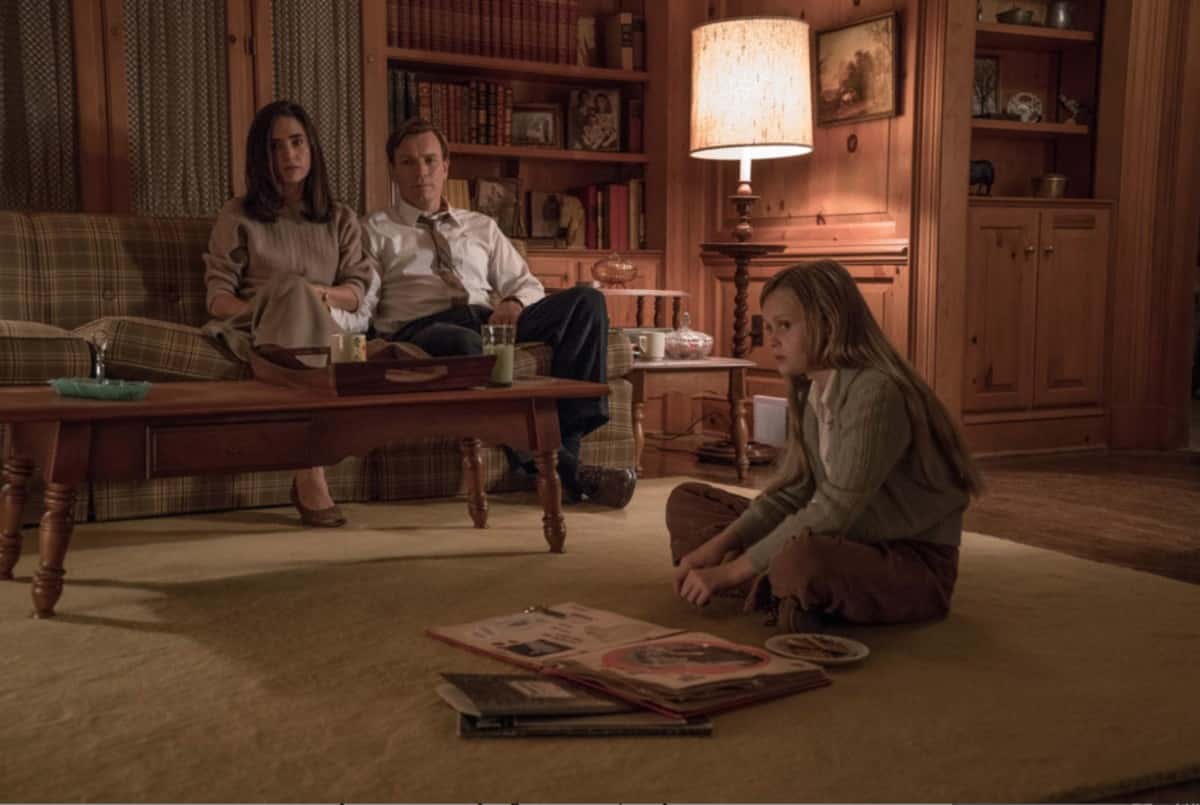 “American Pastoral” is a tale of patricide. Not directly, but ultimately.

It’s also a tale of little girls who were supposed to grow up to be Audrey Hepburn and instead grew up to be Squeaky Fromme.

Finally, it’s the tale of a man whose life was meant to be perfect, but turned out to be anything but. 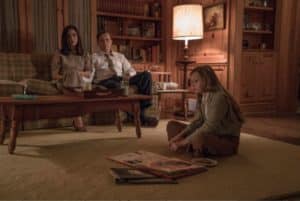 A perfectly comfortable family falls apart amid the social change of the 1960s, at least according to the movie based on Philip Roth’s Pulitzer-winning book, ‘American Pastoral.’ Credit: mistermovie.it

Based on a 1997 Pulitzer-winning book by Philip Roth – full disclaimer: I generally loathe Philip Roth – “American Pastoral” begins at a 45th high school reunion. Roth’s oft-used alter ego, Nathan Zuckerman (David Straithairn), runs into a classmate whose older brother, Seymour Levov (Ewan McGregor), was a Golden Boy. He was also a Nice Jewish Boy, nicknamed The Swede because of his blonde hair and blue eyes.

A football hero (of course), he married Dawn (Jennifer Connelly), a beauty queen (of course). There was the small problem of her not being Jewish, but after an initial skirmish, she wins over The Swede’s Old World dad (Peter Riegert). “I can give you Christmas,” he relents. “But my grandson doesn’t eat Jesus.” (I.e., take communion; it’s funny when Riegert says it).

The Swede and Dawn do have kids – well, one kid. And not a son, which, in a Roth novel, could be why everything goes wrong.

Anyway, they have a daughter named Merry, with golden hair and a bad stutter. Her Daddy dotes on her, but a slight red flag goes up when she demands he kiss her like he kisses Mommy.

Still, life looks good. The Swede takes over his father’s glove factory and makes it even more successful. The family lives in a lovely high-end New Jersey suburb with the picturesque and patently Republican name of Old Rimrock.  They have friends, a beautiful home, a smart, pretty daughter….

But like the Big Bad Wolf waiting in the woods for Little Red Riding Hood, the ‘60s are lurking just around the corner, waiting to catch the now teenage Merry (Dakota Fanning) in its hideous grip. 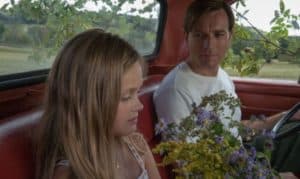 Well, at least that’s how Roth sees it. At first, Merry’s rebellion is the usual antiwar cant. Her room is full of the expected posters (peace signs, Bob Dylan, etc.).  She’s morally superior to and viscerally angry at her upper-middle-class parents who, despite their liberal leanings, cannot possibly feel her counterculture pain.

Then she goes a step further – or rather, a step too far.  She disappears into the radical underground, swallowed like a princess abducted by trolls. Dawn goes nuts and Dad … well, Dad goes after her, devoting his life to reclaiming his daughter.

“American Pastoral’s” first hour isn’t bad. McGregor, who’s making his directorial debut, has a sure hand with actors and a good eye for cultural filigree, even if the icons he chooses are familiar ones (Woodstock, moonwalk, Weather Underground, burning Buddhist monks).

But the second half – The Swede’s journey down the rabbit hole (to toss in another counterculture touchstone) – is mired in cliché and confusion. And misogyny.  Dawn’s breakdown is shrugged off as mere female trouble; she gets cosmetic surgery and feels a whole lot better. A female therapist who’d been treating Merry turns out to be a duplicitous fool. And Merry herself is dismissed as a hippie-dippy fanatic with no core.

The movie is both insulting and dumb. Again, that could be my reaction to Roth and his book ‘s one-note take on the ’60 (and yes, there are plenty of criticisms to be made of that time, but not in such a limited manner).

However, not only does the book defeat McGregor, the neophyte director; it also defeats McGregor, the accomplished actor. The star who’s convinced us he can be everything from a Glaswegian punk to the young Obi-Wan Kenobi, can’t master the Jersey Jewish cadence that informs so much of his character’s dialogue.

We don’t buy The Swede and that means we don’t buy his story. Or his movie.