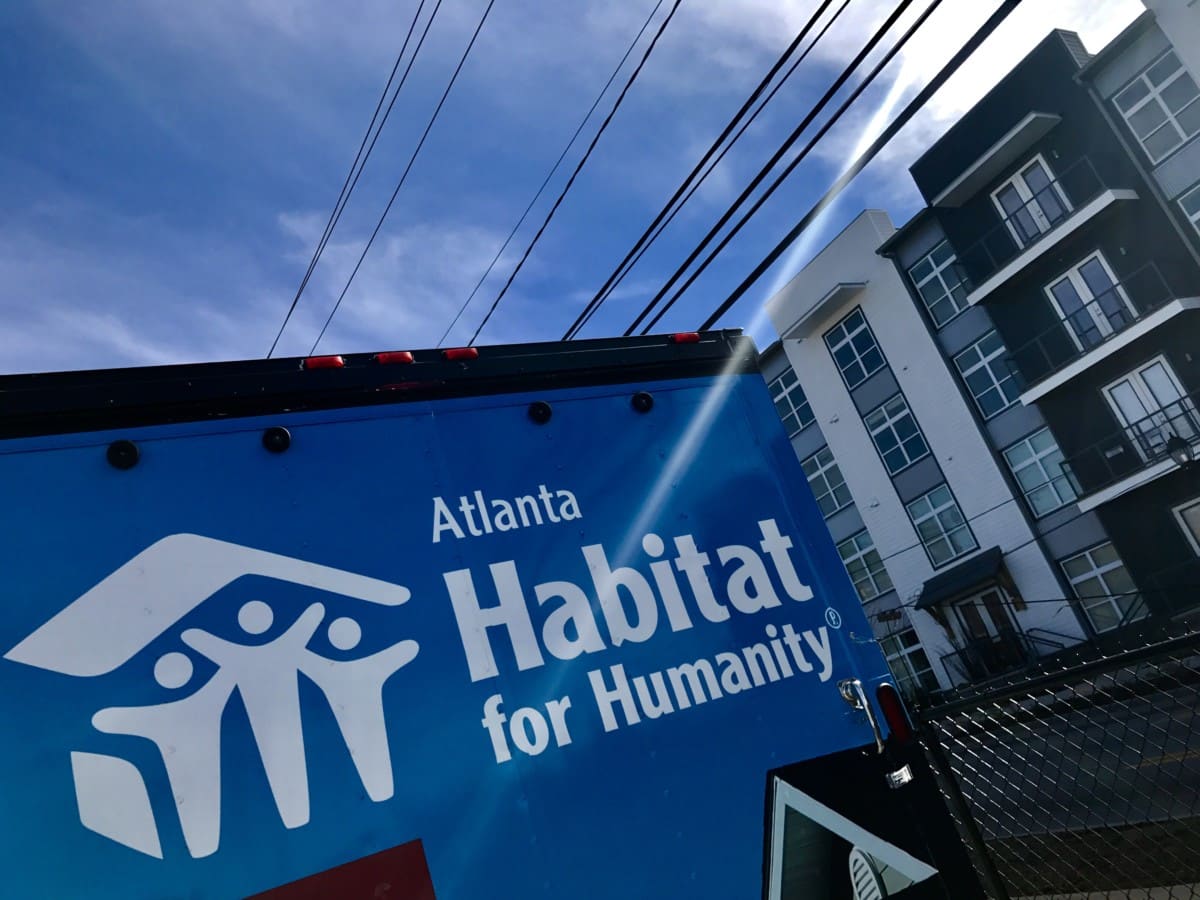 Editor’s note: This story has been updated with new photographs.

The ongoing effort to shape the redevelopment of Memorial Drive received a shot in the arm from the Atlanta Regional Commission, which provided a grant to fund further studies through its Livable Centers Initiative. 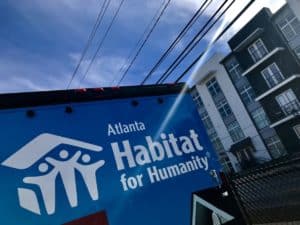 The ARC provided a planning grant to further review the Memorial Drive corridor, now home to the headquarters of Atlanta Habitat for Humanity. Credit: Kelly Jordan

The ARC on Thursday announced the winners of its annual LCI awards. A total of 11 communities shared in a total award of $985,000 to help pay for the development of plans and policies to unite communities.

“The LCI program has helped transform communities across the Atlanta region,” Kerry Armstrong, ARC chair, said in a statement. “These grants have enabled many of our local government partners to improve livability, encourage healthier lifestyles and provide greater access to jobs and services.”

The complete list is available on a statement issued by the ARC.

The recipient of the $32,000 grant for Memorial Drive was Central Atlanta Progress. CAP is supporting the redevelopment program and is hosting Greg Giuffrida, who oversees the planning program.

The planning process covers a stretch of Memorial Drive starting near Oakland Cemetery and proceeded east to the DeKalb County border.

As a masters degree student at Georgia Tech, Giuffrida worked on the “Imagine Memorial Drive” study overseen in 2014 by Mike Dobbins, a Georgia Tech professor of the practice. Atlanta Councilmember Natalyn Archibong used some of her discretionary council funds to support the study and convinced Mayor Kasim Reed’s administration to provide funds.

Upon graduation, Giuffrida shifted to CAP and continued working on the corridor. Here’s a snapshot of his comments as reported in a story that appeared Feb. 3 in atlanta.curbed.com: 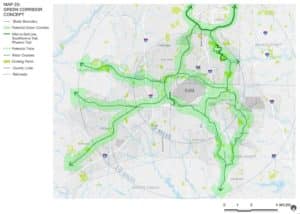 Another significant project that received an LCI grant is the planned development of a trail system near Atlanta’s airport.

The two Aerotropolis Community Improvement Districts received a total of $160 to develop a plan for a trail network. The network is to link communities around the airport, and connect with the Atlanta BeltLine, the Phoenix Trail, and the Southtowne Trail.

The trail network was identified in the Aerotropolis Atlanta Blueprint: A Vision and Strategy for the Atlanta Region. ARC oversaw the $200,000 million study completed in 2016 by Jacobs, a global planning and engineering firm. The blueprint was adopted by the appropriate entities. 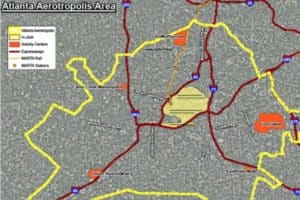 Convened by the ARC, business and civic leaders formed the Atlanta Aerotropolis to improve the area around Atlanta’s airport. Credit: bondbuyer.com

Here’s the blueprint describes the vision for a trail network:

“GREENWAY CORRIDOR (STUDY 0-1 YEAR, DEVELOPMENT 3-5 YEARS; IMPLEMENTATION ONGOING)
“Quality of life will continue to be an important factor in attraction and retention of businesses within the Aerotropolis. A key opportunity that can both improve quality of life while furthering the sustainable nature of Aerotropolis development projects is helping build and develop an interconnected greenway/blueway system. In particular, there are opportunities to revive the Flint River Basin and, in doing so, increase community access and enjoyment of its tributaries.

“The Green Corridor Concept (Map 25) identifies a preliminary concept of how the area could be linked together through a greenway network, with trail location guided by locations of streams and their relevant proximity to area parks. The Aerotropolis greenway/blueways are within close reach of the Atlanta BeltLine, the existing Phoenix Trail and Southtowne Trail, Proctor Creek, and Chattahoochee River, all of which have undergone study and are experiencing implementation as reclamation and recreational areas.

“The airport has also taken a big first step in considering green infrastructure as a priority moving forward – this energy can be leveraged moving forward. Key considerations for implementation of this initiative will include completing a more detailed study of the area-wide network that takes into account topography, opportunities for acquiring land to support the network, more detailed analysis
of destinations along the network and key connection points, and ways to fund the initiative as well as trail and park plans within the area. 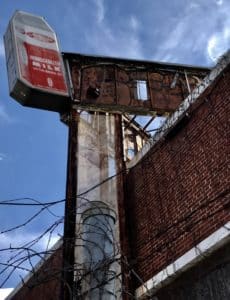 Memorial Drive in Atlanta retains many remnants of its industrial past as planners and developers seek to retool the corridor for the next century. Credit: Kelly Jordan

“Reviewing similar projects that have been implemented will be important.

Previous Article
APD Chief Erika Shields to Jerome and Stephanie Russell: ‘Atlanta is not going to be a city of hate’
Next Article
Column: CAP to honor Andrew Young, George Turner at March meeting