The chairman of the Atlanta Regional Commission returned fire today on state legislators who’ve criticized the list of projects to be built if voters approve the proposed transportation sales tax.

“To suggest a better list is out there … is simply unfair to the incredible work that’s been done,” said Tad Leithead, ARC’s chair. “No stone has been left unturned.”

Leithead did not identify the target of his remarks. On Tuesday, Senate Majority Leaders Chip Rogers (R-Woodstock) led a group of five lawmakers who called during an event at the Capitol for voters to reject the proposed 1 percent sales tax.

“I am focused on solving the traffic problems in Atlanta,” said state Rep. Ed Setzler (R-Acworth), according to a report in ajc.com. “This project list doesn’t do that.”

The list of projects was approved unanimously in October by a roundtable of 21 local elected officials.

The projects themselves were shaped by professional transportation planners who work for entities including the ARC, the 10 counties, the city of Atlanta, and the state Department of Transportation.

According to wsbradio.com, Rogers said that he was not opposed to changing the state law for a second effort to craft a project list and ask voters to approve it at some point in the future. The radio report said Rogers would, “allow traffic experts come up with the next project list, as opposed to the leaders of the regional governments that drew up the current one.” 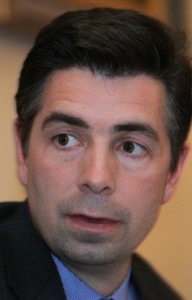 Rogers and Setzler voted for the legislation during its final consideration in 2010 by the Legislature, according to state records.

Click here to read the history of House Bill 277, from the 2009-10 legislative session.

Leithead stoutly defended the performance of staff planners in performing a difficult task that was made more challenging by political realities.

Planners helped politicians whittle down an initial wish list of $23 billion so that it would fit into the $1.64 billion budget of anticipated tax revenue that was projected by state revenue officials. The final list of 157 projects was approved unanimously.

“The effort put forth to support the process … is nothing short of miraculous,” Leithead said.

Leithead delivered his fusillade during the monthly meeting of the board that oversees ARC. His comments came just before he asked the board to approve a list of tasks that ARC staffers could perform to help local governments actually build the projects – presuming voters approve the 1 percent sales tax that’s on the July 31 ballot. That motion was approved.

Leithead is a citizen member who’s served on the ARC boaard since 2000, representing the citizen district that covers parts of Cobb, DeKalb and Fulton counties, and Atlanta. He’s no stranger to the world of politics and governance. 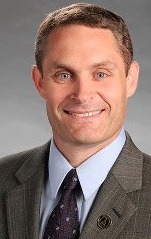 Leithead serves as chairman of the Cumberland Community Improvement District, which has overseen almost $3 billion worth of transportation projects in the area anchored by the intersection of I-75 and I-285. His vita includes forming his own governmental relations and consulting firm in 2009 after spending more than 23 years in commercial real estate in metro Atlanta, including serving as a senior vice president with Cousins Properties.

“Thank you for all you’ve done,” Leithead told the staff at the end of his comments. “We’ll see what happens.”

Previous Article
Leadership DeKalb’s Sara Fountain retiring after 10 years as its director
Next Article
As campaign for referendum heats up, different groups are targeted