The Archive Atlanta podcast tells the stories of people, places and events that shaped the city. (Photo courtesy of Victoria Lemos)

Victoria Lemos is on a search for Atlanta’s least known stories. With an unwavering appetite for history, she produces and hosts the podcast “Archive Atlanta,” which dives into the history of people, places and events that shaped the city.

Lemos has always been fascinated in what makes a place unique, and her interest was only intensified by her New York upbringing with parents who immigrated from Spain.

“I grew up in an immigrant household, which I will say formed my very early understanding of at home. So it was like, outside was American culture and home was not,” she said. “So I’ve always been very, very highly fascinated by what your past experiences are [and how] the history of where you come from informs how you are.” 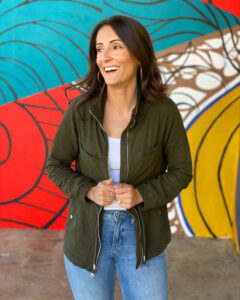 Lemos moved to Atlanta 15 years ago. Wanting to learn more about her new home, she began volunteering as a tour guide for walking and biking trips through the city.

The more Lemos learned, the more she wanted to share with people in her life, or as she puts it, “subjecting my family and friends, who are probably over it.”

Seeking to find another outlet to share her wealth of knowledge, Lemos started Archive Atlanta. Her goal with the podcast is to reach folks in the “middle” – who are interested in the city’s history but won’t read 700 pages on Atlanta’s Leo Frank.

“That book exists,” she added. “And it’s amazing.”

Despite being a self-proclaimed nerd, Lemos seeks to package Atlanta’s stories in short, digestible episodes.

Over the past three years, Lemos has covered a lot of ground. Her topics range from deep dives into Atlanta’s neighborhoods, murder trials and landmarks like Zoo Atlanta and the federal penitentiary. 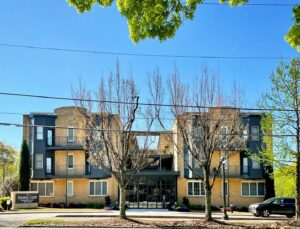 She came across Watson’s story when researching the 1922 Buford Court apartments and found a story of a woman “who recycled hundreds of thousands of used holiday cards, sending them to hospitals, missionaries and ‘shut-ins.’”

These unknown stories, Lemos feels, are what makes this city special. Although Atlanta has any number of high-profile claims to fame – from Coca-Cola to its film scene – that’s not what grabs her attention.

“I just love the stuff that no one else is talking about or knows about. That’s why the bigger topics are just more boring to me,” she said. “And when we do [a well-known topic] ] like that, like when I did the airport, I’m trying so hard to figure out the weirdest, most unknown part of it.”

“That has just been impossible to research,” she said. “It’s interesting to me because old-timers remember it. So they remember it like when it was Magnolia Ballroom. But even now, the little plot of land that it was on is still just a blank plot of land with just trees on it.”

The research process can be intensive – consisting of newspaper archives, plat maps and academic journals.  But these bits of history are just forgotten, while stories that have been purposefully erased from the history books are harder to reveal.

“Women for so many decades were just known as Mrs. John Smith,” she said. “I cannot even find their first names unless I can find their gravestone.”

Lemos added, “The similar thing goes for Black history in Atlanta, because The Daily World‘s archives start in 1930, and of the Black newspapers before 1930, we only have one that is digitized, and it’s not keyword searchable.”

As she’s gotten to know the city more intimately, Lemos sees a few themes play out through history.

“Everything always goes back to class and race, and more class than race. And I think Atlanta sees itself as very binary, it’s very Black and white, and our issues have always been Black and white, but they really are more tied to class than we think like to see or admit.”

History repeats itself in other ways, too, even down to mundane, municipal services.

“There’s 1890 articles about potholes,” she said. “I mean, from the small stuff to the really important stuff, it’s all been talked about before.”

If you want to learn more about the neighborhood you grew up in, the old apartment you rented in college or how modern-day Atlanta came to be, Archive Atlanta is for you. Be on the lookout for Lemos’ burgeoning tours because she has more history to tell.