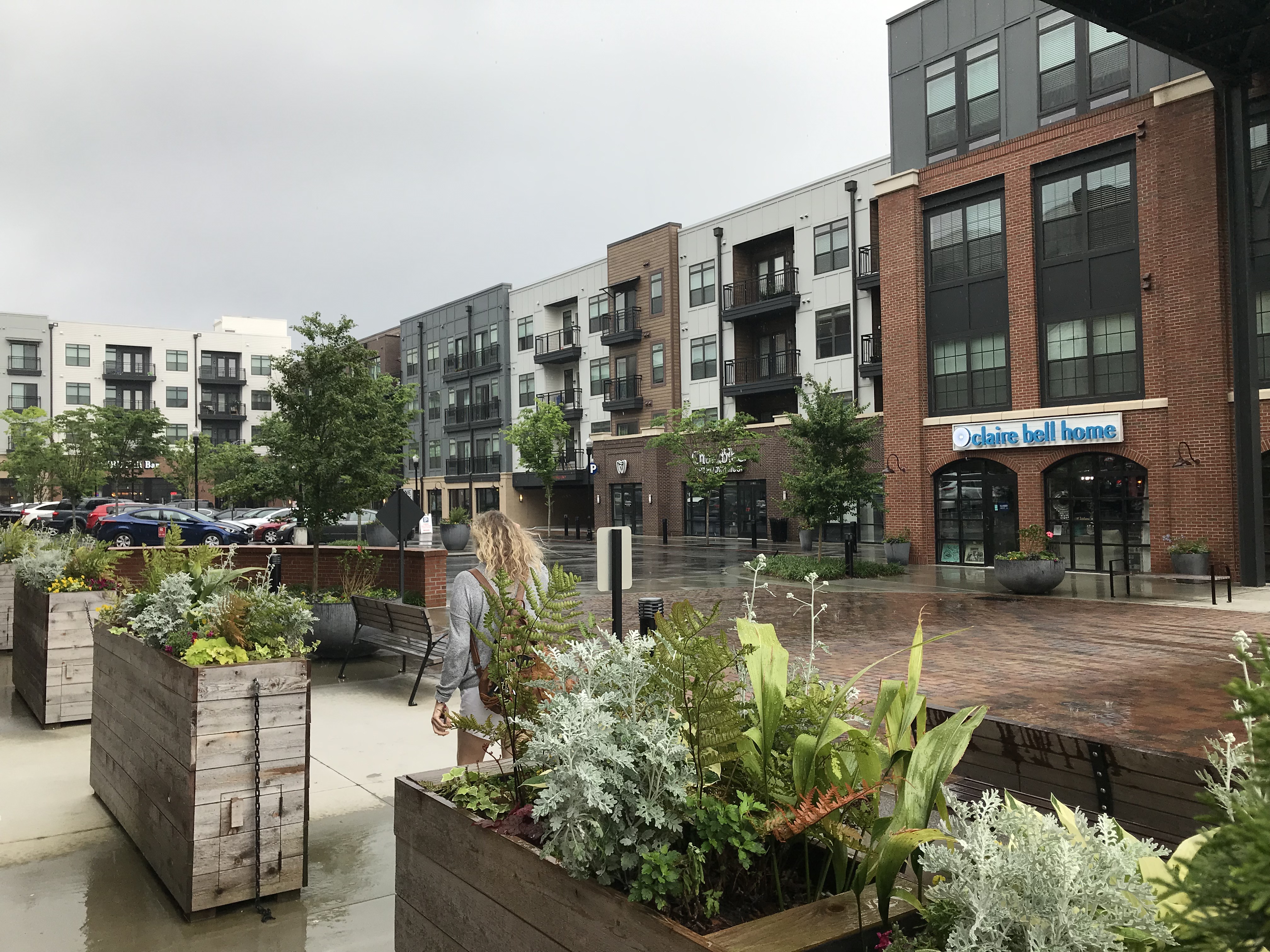 ARC's long-range plan is to contemplate development denser than in the past, such as this retail and residential project in Chamblee. Potential mobility enhancements also are part of the plan. File/Credit: David Pendered
Share108
Tweet
Share
Pin
Pocket
WhatsApp
Buffer9
Email
Reddit
117 Shares

Metro Atlanta’s signature initiative to retool the way people live, work and play is being reinvented this year to promote evolutions in smart technology, green infrastructure and housing affordability. 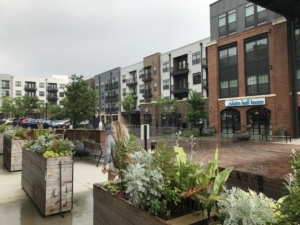 With the aid of ARC’s LCI program, Chamblee has grown from roots in farms, trains and the military to encompass modern live, work play communities. Credit: David Pendered

The Atlanta Regional Commission has added eight criteria to the Livable Centers Initiative program. The intent is to capitalize on notions of community building that have appeared since the LCI was established in 1999. LCI’s original purpose was to reduce air-polluting tailpipe exhaust in order to improve air quality.

To LCI’s continuing core mission of improved air quality, the ARC has added eight criteria the ARC views as priority issues for the region. The eight are:

Samyukth Shenbaga, who manages ARC’s Community Development Division, said the eight notions aim to address challenges and opportunities that are both current and emerging in local communities.

“We need to think about these issues in a more intentional way, to reframe the conversation around these issues,” Shenbaga said. “What does it truly mean to be livable as a center? We’ve identified a number of important issues we need to address in a proactive way.” 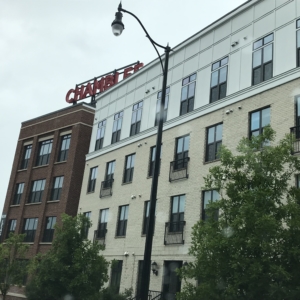 The 10 LCI recipients announced last week incorporate aspects of the eight notions, said Jared Lombard, a principal planner with ARC who manages the LCI program. Two in particular stand out – one in Gwinnett County, which received the largest single grant, and one near Atlanta’s airport:

Each of the 10 projects builds upon LCI’s initial objective of improving air quality by reducing tailpipe emissions.

The region’s air quality has improved as commute patterns have changed, according to results evident in reports by the Environmental Protection Division of Georgia’s Department of Natural Resources. This year, EPD’S smog alert statistics show 109 days of good air quality observed, compared to 80 days forecast; and one smog alert, on April 17, compared to zero days forecast. 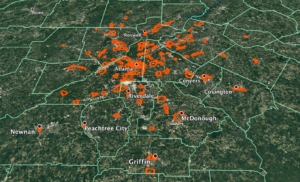 The ARC’s LCI program has helped fund planning studies aimed at improving air quality in 120 communities in metro Atlanta over the past two decades. atlantaregional.org, via Google Earth

This scenario is vastly different from the one the region faced two decades ago.

Back in that go-go era, air quality was so poor that the threat to metro Atlanta’s growth and development was very real – federal funding for roads and bridges was at risk if air quality failed to meet federal standards.

One major project was in jeopardy – Atlantic Station. The state had to seek, and receive, a federal waiver from air quality standards in order to get the money needed to build the 17th Street bridge and related roads. Public funding for the road system was essential to Atlantic Station’s development.

Against this environmental backdrop, the ARC devised LCI to help local entities pay for studies and projects that enabled compact development. The idea was to build homes within walking distance of shops and offices and transit. A reduced number of car trips was expected to result in improved air quality.

The program has since provided $231 million to local governments and organizations. The money has enabled 120 communities to conduct planning studies and to provide projects including sidewalks and intersection improvements, according to an ARC report.

Chamblee is the latest example of the implementation of planning funded by LCI. As the saying goes, overnight success has taken years of work – 19 to be precise. Lombard said Chamblee’s first LCI grant was awarded in 2000, and observed that city officials have diligently been implementing the plan ever since. 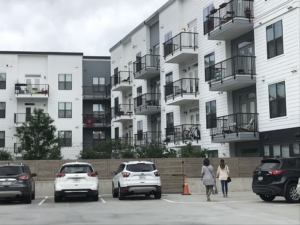 Balconies overlook a park and a parking facility that serves the apartment complex. Credit: David Pendered

“ARC helped fund, with a variety of other funding, new studies as well as funds to build out the infrastructure that makes Chamblee unique,” Lombard said. “A lot of these areas, where families like to hang out and enjoy on weekends, had the LCI program at their inception.”

Chamblee’s roots in the early 20th century were comprised of dairy farms, business related to the junction of Norfolk Southern and Roswell railroads, and military installations, according to an account on the city’s webpage. These entities are long gone along Peachtree Boulevard, nee Peachtree Industrial Boulevard.

The city’s skyline now includes midrise buildings with apartments atop commercial space, all built around tree-lined parking structures that are not visible from the street.

“This is our way of bringing some of these issues to the top, and clearing stating them as priorities,” Shenbaga said. “We’ve been doing this implementation for awhile. This is a way to amplify the messaging.”

Previous Article
Fostering Interdisciplinary Connections to Advance Atlanta
Next Article
I Want You To Live Your Best Life. Now!