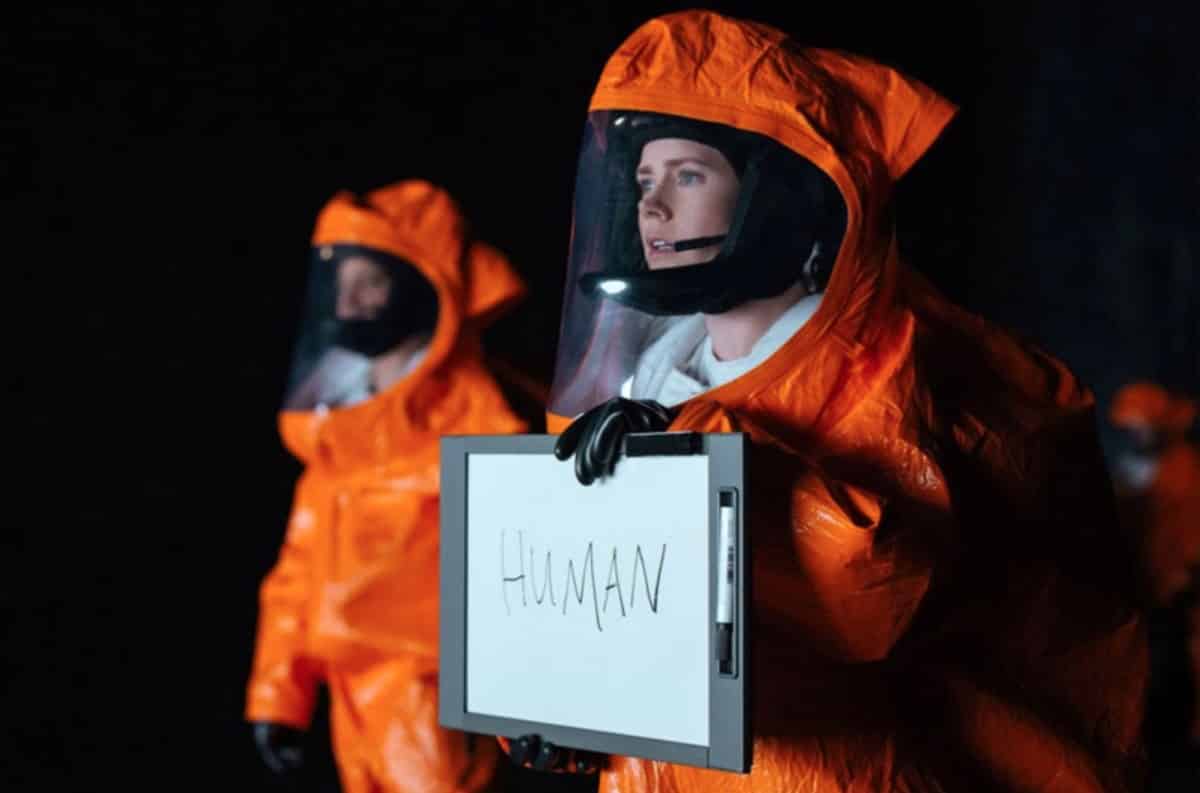 Amy Adams delivers a sense of robust courage, with a hint of awe, in her role as a linguist trying to communicate with aliens. Credit: elpajaroburlon.com
Share
Tweet
Share
Pin
Pocket
WhatsApp
Buffer
Email
Reddit
0 Shares

There is a sweet, surprising mystery at the heart of Denis Villeneuve’s otherwise rigorously cerebral sci-fi film, “Arrival.” I can’t tell you what it is because, well, I’m not entirely sure I understand what it is. But I do know the picture is ineffably moving in a totally unexpected way. 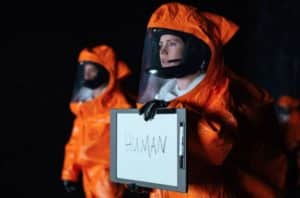 Amy Adams delivers a sense of robust courage, with a hint of awe, in her role as a linguist trying to communicate with aliens. Credit: elpajaroburlon.com

At its most basic, “Arrival” concerns a dozen alien spaceships that have suddenly appeared around the world, hovering several feet above the Earth’s surface.

Are they tourists or terrorists?

They seem to be inviting contact. Every 18 hours, a hatch opens in the bottom of the egg-shaped thingie (check the original poster for “Alien” for a better visual). Humans are apparently being asked to come inside.

The military personnel monitoring the spaceship floating over Montana decide the best course is to try to communicate with Whatever It Is (Whatever They Are?). Apparently, the peaceful lessons imparted almost 40 years ago by Steven Spielberg’s “Close Encounters of the Third Kind” have not gone unheeded.

So Army Col. Forest Whitaker recruits Amy Adams, a world-renowned linguist, to lead the investigation. We have already met her. In the movie’s heartrending first scenes – the prologue from “Up” comes to mind – we watch her lose her young daughter to cancer.

How to handle an alien invasion is the last thing on her mind, but she agrees to try. Accompanied by physicist Jeremy Renner (gracefully accepting the second-fiddle role), Adams engages the aliens in a strange dialogue. She uses standard English, often written out on poster board. They reply in a squiggly Rorschach-Test language that suggests a squid spewing ink on an Etch-a-Sketch. 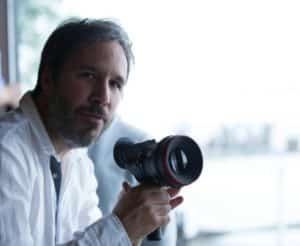 Director Denis Villeneuve may not be a household name yet, but with ‘Arrival’ he has added to his repertoire of well-crafted films. Credit: cinemabravo.com

Actually, though we mostly see them through a layer of smog and smoke, the aliens themselves seem a bit squid-like – shadowy and multi-tentacled. In one of the movie’s few funny bits, Adams and Renner decide to call them Abbott and Costello – a reference to the comedy duo’s famous “Who’s on First?” routine, a classic roundelay of miscommunication.

Unfortunately, the rest of the world is not inclined to be as patient or as hopeful.  The Chinese are getting especially antsy and they’re prepared to take military action. Other nations have indicated they will follow.

“Arrival” is an invaders-from-outer-space saga unlike any other. Though its peaceful vibe echoes “Close Encounters,’ it begins where “Close Encounters” ends. And there’s almost none of the whiz-bang action that we’ve come to expect from sci-fi movies, Hollywood-style. This is not “War of the Worlds” or “Independence Day” or even “Mars Attacks.”

Rather, “Arrival” is a sober, tender and optimistic film, held together by the director’s offbeat but firm command of tone and his star’s unswerving commitment. Adams has grabbed our attention as everything from a lovably foolish Southerner in “Junebug” to a fish-out-of-water fairy-tale princess in “Enchanted” to a sleekly seductive con artist in “American Hustle.”

In “Arrival,” she conveys intelligence, determination, heartbreak, courage and just the right touch of awe. Through her carefully calibrated performance, we see that the final frontier may be learning to understand each other. And that close encounters of the human kind, even for the briefest moment, are the greatest gift.