As the Great Recession slips from the charts, its lessons fade 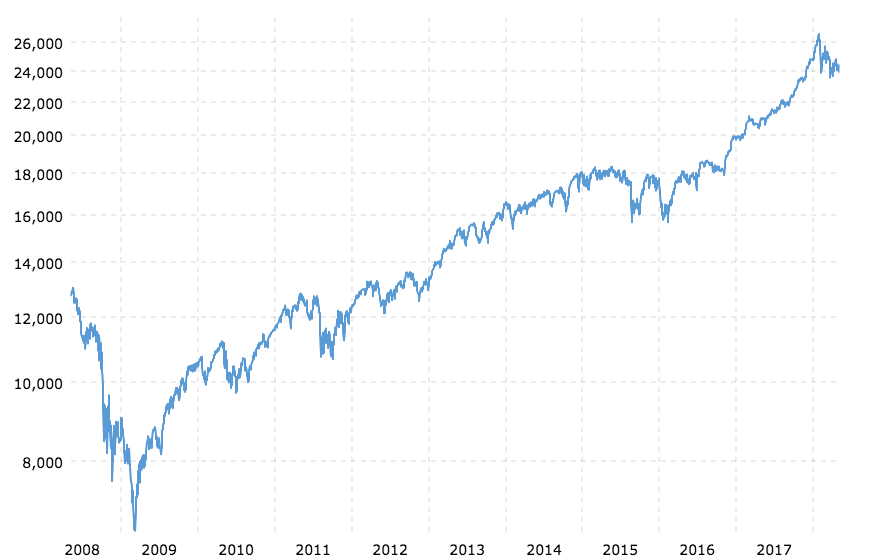 We are in the process of losing an important chunk of our collective economic memory, as anyone with an investment account more than a decade old will be able to observe online over the coming months.

The websites we use to track the progress of our 401(k)s and other investments generally break things down into charts stretching back no longer than 10 years. That, for all rights and purposes, is the span of our collective memory.

The chart for your 401(k) or IRA probably looks a lot like this 10-year chart of the Dow Jones Average. Already, the chart doesn’t register the slow slide of late 2007-early 2008, when small businesses became the leading edge of the coming economic collapse. By next February — you may notice that the chart for your retirement account bounces a little slower than the Dow — the chart will reach its recession low. Then the line which informs us will only be 10 years of up, as if that were the inevitable, and effortless, direction, which it wasn’t.

The massive bailouts which set the stage for a long, slow recovery also provided the grist for the tea party politics of the past decade. Almost from the beginning of the Great Recession there have been those who doubted the size and depth of the the economic emergency, and thus the remedies brought to bear on it. Its root causes also have been the subject of much political debate.

There’s some danger that as a result, the Great Recession could become a historical oddity like the Dust Bowl, remembered out of much useful context with all that was going on around it. The recession killed off a lot of second and third-generation businesses, with a resulting oversized effect in smaller towns and cities and inner-city neighborhoods. These don’t figure as much in economic histories as the collapse of great banking institutions. 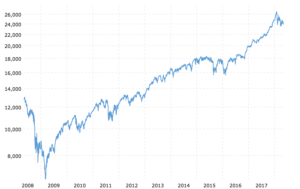 We still speak of the economy in terms of the same indicators we used before the recession, but at the personal, family level, there have been some important economic changes over these past 10 years. As the Baby Boomer generation has reached retirement age, while wages for younger workers have stagnated, the overall importance of fixed incomes as a mainstay of the economy has increased, maybe more than generally realized in the sunnier economic projections.

Inflation has been almost non-existent as a result of the recession, and doesn’t seem likely to go up much. But if it goes up even a little, the effect on the economy could be much greater than it would have been a decade ago, because so many more families are now dependent, at least in part, on social security, pensions and distributions from retirement accounts. They will not be able to grow their way out of price increases. Nor does this inflationary pressure seem very far off for most Americans, with the cost of health insurance about to leap upwards and talk of trade wars.

Correspondingly, those jobs and wages numbers that come out every month are still important. It’s critical to the nation’s long-term stability that younger Americans have access to better-paying jobs without saddling themselves with ruinous debt. But the immediate effect of changes in employment or wage growth on an economy more rooted in fixed incomes may not be as great as they once were. As 401(k) distributions grow in importance, changes in market values could also have a more direct impact on the economy at the grocery store and gas station level.

Not only memory but political persuasion affects how we see the economy. Under Obama the recovery was often disparaged more harshly than the recession itself, and under Trump the heightened trajectory of the market has been celebrated with only measured enthusiasm by his opponents. But the overall health of the economy has been the result of many factors beyond the control of either party or president.

Of course everybody knows the market can’t go up forever, despite what the 10-year chart shows. But everybody knew that before the Great Recession, and it didn’t make the tumble less jolting. That’s why we should stretch our memories beyond the 10-year performance charts.