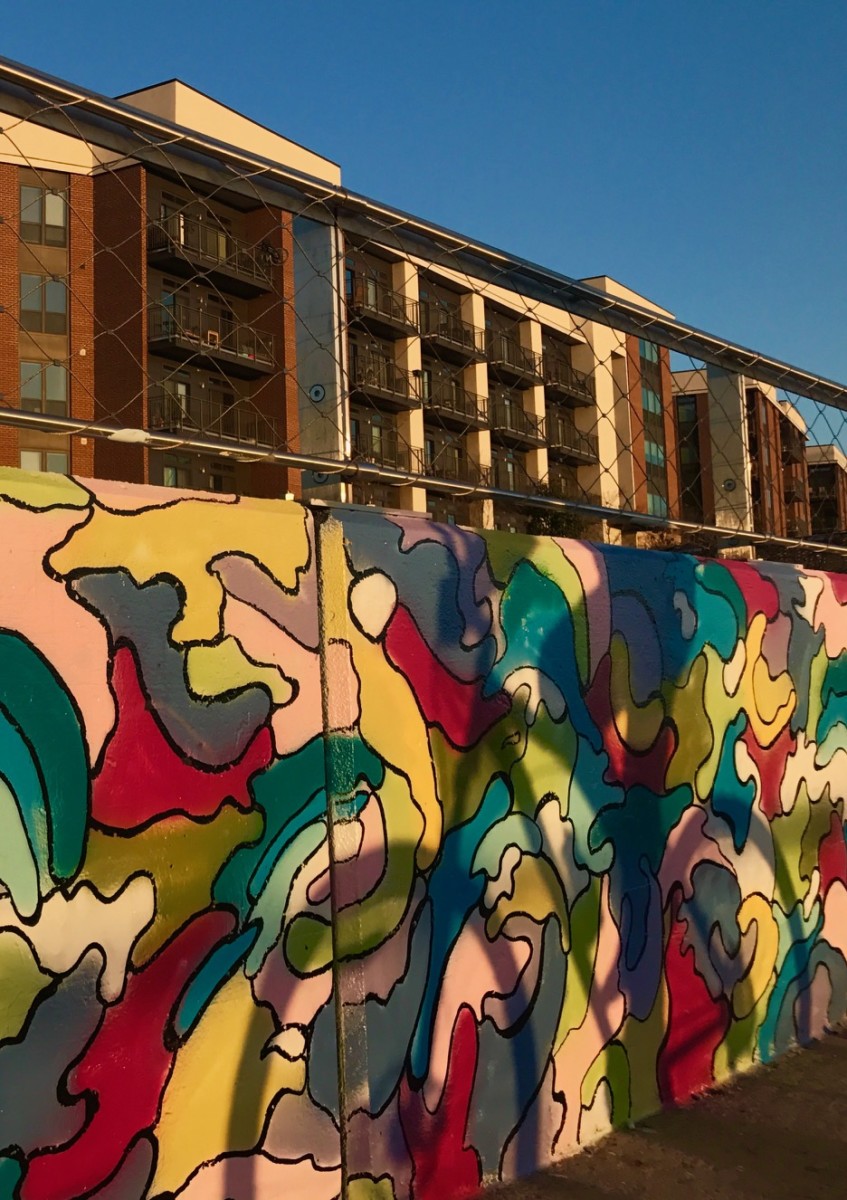 The BeltLine is going to have its biggest ever budget for affordable housing next fiscal year — $12 million is big by its standards. But since the trail is part of the fuel that’s heating up home prices, affordable housing activists and residents continue to bring the pressure to it for more.

“It really feels like a good year for us: we’re going to be in building mode,” BeltLine President and CEO Clyde Higgs said, opening a quarterly public briefing Thursday, held at Friendship Baptist Church, in the Atlanta University Center neighborhood.

In 2019, work is set to finish on the Eastside Trail, the Southside corridor will open as an interim trail and the Enota Park expansion will get well underway. 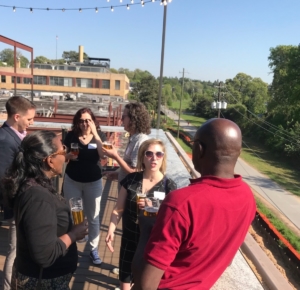 A drink with an Eastside Trail view. File/Credit: Kelly Jordan

But the audience Q and A time overflowed its scheduled spot, and very little of the talk was about the trail. It was about gentrification and the rising cost of housing.

It can apply to rents as low as zero, but it can also mean rents well over $1,000 per month, the sort of thing that could help a young teacher or police officer.

“When it says ‘mixed-income,’ it seems like the zero to thirty [percent of area median income] is not included, and that’s the most in-need,” Brown said, using the technical definition for the very bottom of the income ladder, like a family of two with an income of $18,000 or less.

Deborah Scott, executive director of Georgia Stand-Up, welcomed Higgs to the BeltLine. He joined in 2015 and this year was made its leader. But she said Higgs has inherited questions, research and recommendations.

“There are some questions about affordable housing that have been burning in these communities for years,” Scott said.

She pointed to a study that Georgia Stand-up commissioned about ten years ago, by Georgia Tech professor Dan Immergluck.

Numbers from 2000 to 2006 strongly suggested that BeltLine hype had already increased residential value appreciation near the south part of the planned route, compared to the appreciation rates of houses further from the trail, the report found.

The study recommended several things, including: that the city consider focusing affordable housing measures on people on the lowest quarter of the income ladder, and increase financial support for rental housing especially along the south and west BeltLine.

Another study on 2011 to 2015 data also found that home prices near the BeltLine were growing faster than in the rest of the city.

Since before the first section of BeltLine concrete was dry, everybody knew the multi-use trail would make neighborhoods around it more expensive. It was how the BeltLine was supposed to get funded, in large part. As property along the route went up in value, an increment of the bigger property taxes would be set aside to build the the trail. 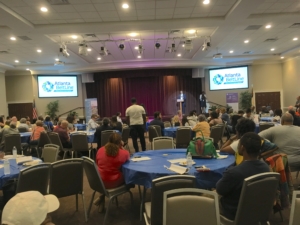 The BeltLine was also supposed to be a thing that would knit together Atlanta’s divided neighborhoods, in the form of a nice linear park with transit. And for some of the neighborhoods along it, it’s new investment where little has been seen in years.

And it’s nice, no question. But what brings the frustration is fear of not being able to afford being around to enjoy those things once they’re done.

The official response has seemed to be a step, or more, behind the market.

The city now has an affordable housing mandate near the trail, though a less aggressive one than the Georgia Stand-Up report recommended. The BeltLine itself is switching strategies: instead of trying to incentivize developers to put affordable housing in buildings, the BeltLine is trying to own land itself. That way, if it’s publicly owned, public policy can set very low rent prices, permanently.

In the last couple of months, there’s been a noticeable increase in cooperation among the BeltLine, Atlanta’s development authority (Invest Atlanta) and Atlanta’s housing authority, coordinated by the city’s inaugural chief housing officer Terri Lee.

But there’s a lot of lost time. The housing authority went about a decade without building new rentals, even after demolishing old projects. And the BeltLine itself got behind schedule with its affordable housing pledge. For everybody who mentions rent control, there’s the fact that the state of Georgia doesn’t allow cities to set rent controls.

And all this comes amid research that suggests the affluent are attracted to city living in ways that they just weren’t 10 or 20 or 30 years ago.

In Atlanta, affordable housing seems at least to be part of talking points now. Elected and appointed city, county and state leaders from Atlanta regularly talk about affordable housing and income immobility, it’s always “part of the conversation,” as the phrase goes.

So it seems all hands are at least saying they’re on deck for affordability. But the market forces that have been bearing down on the westside for years already are mighty.

Video of the meeting (in two parts) is available on the BeltLine’s Facebook page.