ATL board sworn into office, begins process of establishing presence and purpose

The board of ATL, metro Atlanta’s new regional transit agency, was sworn into office at its first meeting Friday and voted for the typical measures necessary to set up shop. In addition, board members were cited by a ranking member of the state House as the appropriate ones to set the region’s transit trajectory. 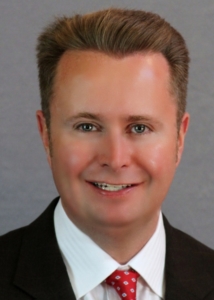 “We’ve got the right people on the board to foster collaboration across the region to drive connectivity and economic development,” state Rep. Kevin Tanner (R-Dawsonville), who chairs the House Transportation Committee and co-sponsored the legislation that created ATL, said in a statement.

State Sen. Brandon Beach (R-Alpharetta) also sang praises. Beach co-sponsored the legislation and raised the issue of the difficulties involved in regional transit mobility with his 2014 trip from Kennesaw to Duluth that took nearly four hours.

“This is an important first step in an exciting process to move our region forward,” Beach said in a statement. Beach chairs the Senate Transportation Committee.

The board has its work cut out simply to establish its presence and purpose.

Nine months after the Legislature created ATL, a Dec. 12 presentation about ATL to the board of the Georgia Department of Transportation contained fairly basic material. Unlike the general public, GDOT board members can be expected to have a working knowledge of transit, given that the agency has a Transit Office that in September produced an analysis of 92 transit entities that operate in Georgia, the Group Transit Asset Management Plan.

The ATL report presented to GDOT’s board by ATL’s interim executive director, Chris Tomlinson, starts by noting ATL was created by an act of the Legislature that was signed into law by Gov. Nathan Deal, and is described as: 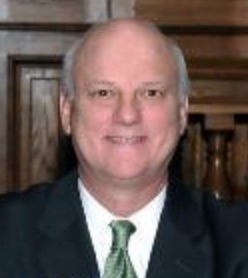 The presentation ends with a section, “Forecasting the Future: What’s Next for the ATL,” that observes:

As ATL’s board begins the process of improving the synergy among metro Atlanta’s disparate transit agencies, ATL’s chair addressed the intertwined issues of respecting existing systems and political turf.

“The board is committed to being inclusive and wants to collaborate with our regional partners and transit riders,” said ATL Chairperson Charlie Sutlive. “The newly adopted ATL logo was created with a variety of stakeholder input, including qualitative and quantitative research, and a full creative process.”

Sutlive was appointed and named ATL chairman by Gov. Nathan Deal. Sutlive serves as director of corporate communication at Georgia Power and previously served as vice chancellor for communications and governmental affairs at the University System of Georgia.

The ATL board unanimously approved the following housekeeping measures:

The design of the logo was influenced by the survey of about 500 transit riders who represented the 13 ATL counties, as well as varying ethnicities, incomes and ridership usage, according to the statement.

The logo intends to resemble a star and a compass, which is to provide clarity and guidance to transit riders, according to the statement.

“The new design is for agency use and provides a starting point for discussion and future decisions around regional transit branding,” said Tomlinson, who also oversees the State Road and Tollway Authority and GRTA. “These decisions will be shaped by future conversations between the ATL board, regional partners and transit stakeholders.” 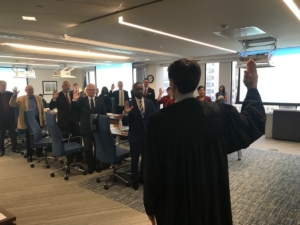 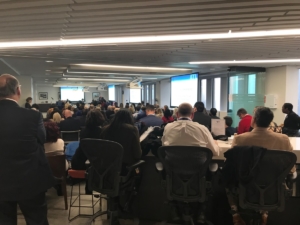 A full house for The ATL’s first board meeting. Credit: Maria Saporta 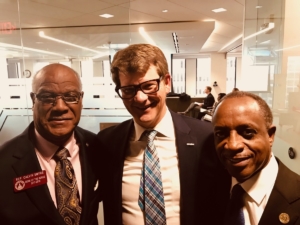 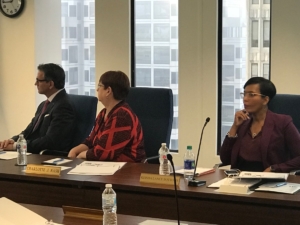