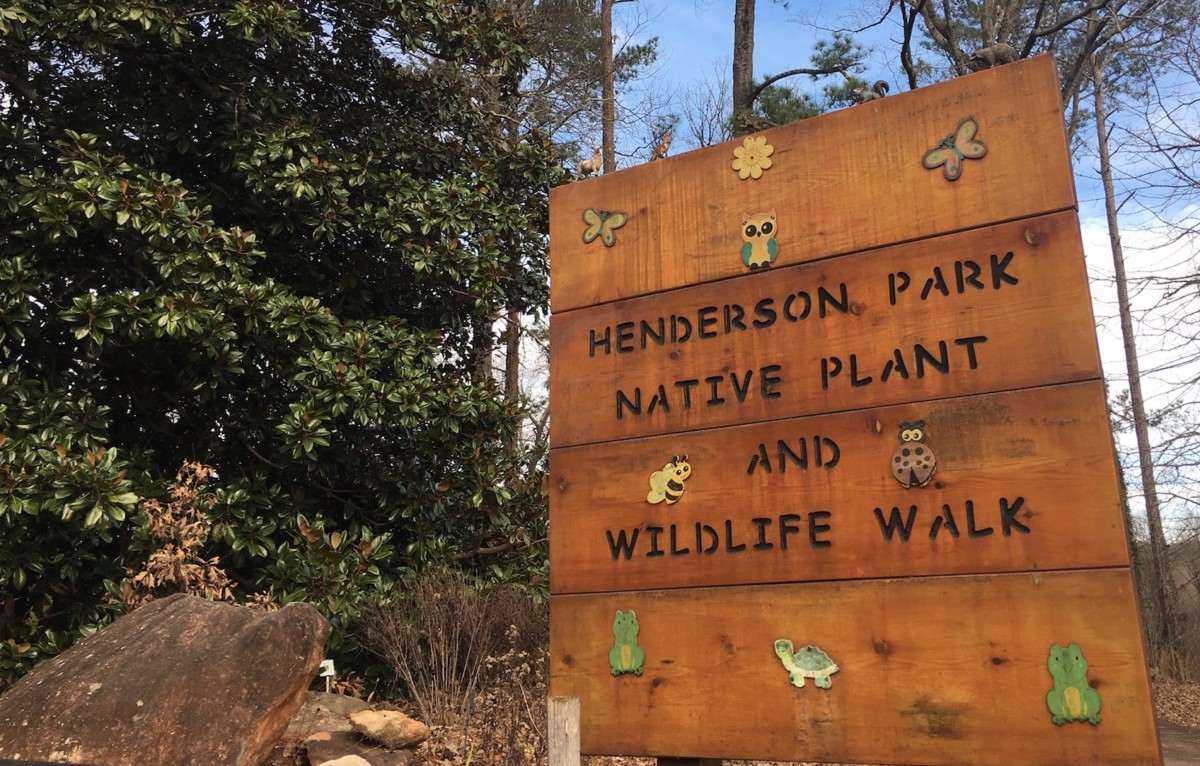 The Native Plant and Wildlife Walk at a DeKalb County park is soon to be a bit more native. The Atlanta Audubon Society has awarded a grant that’s to help provide for the removal of invasive species, after which bird friendly species of plants are to be installed. 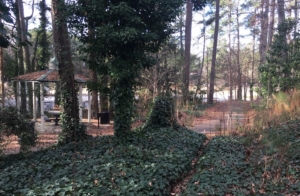 Portions of Henderson Park are covered by English ivy, which Smithsonian Insider states was imported in the early 1700s as a ground cover and now is described as one of the worst-spread invasive species in the country. Credit: Melanie Furr

Atlanta Audubon provided a grant of $10,000 to benefit the nature walk at Henderson Park, according to a statement by friendsofhendersonpark.org. Henderson Park is located about a mile east of I-285, a bit more than two miles northeast of Northlake Mall.

The DeKalb County Master Gardeners who tend the walk applied for the grant.

“I have been a DeKalb Master Gardener for more than 15 years and recently retired from Fernbank Science Center,” Trecia Neal, a DeKalb County Master who submitted the grant application and is collaborating with Atlanta Audubon staff on the work in Henderson Park, said in Atlanta Audubon’s statement. “I was thrilled to come to Henderson Park and find such a high quality forest right here in my own back yard. The forest is handicap accessible with paved trails, and has plenty of great parking.”

Atlanta Audubon said in a statement the grant is being funded by an unidentified private donor.

The effort to remove invasive species continues the hundreds of hours of work the master gardeners have spent removing invasive species and restoring native plants to the area around the paved nature trail.

The trail was started in 2012 with help from Park Pride, Friends of Henderson Park and DeKalb County Master Gardeners. The trail is a paved loop that’s about a half-mile long, and was built to help inform visitors about the various plants, insects, birds and animals that are native to the metro region. 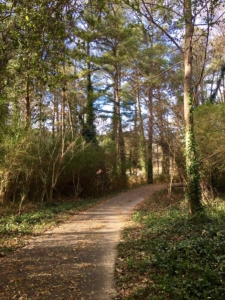 “Atlanta Audubon is delighted to award this Habitat Restoration Grant to Henderson Park to help offset land that is being lost to development and urban sprawl,” said Nikki Belmonte, Atlanta Audubon Executive Director.

As part of the grant, the Audubon Society is to provide guidance for a year in the removal of plants that aren’t native along the Native Plant and Wildlife Walk, according to the park’s statement.

Atlanta Audubon said the grant is to enable it to provide a host of improvements intended to benefit all users of the parks – humans, birds and other wildlife. The services include:

“After the project is completed, the Native Plant and Wildlife Walk will be certified as an Atlanta Audubon Wildlife Sanctuary and will not only benefit birds and other wildlife who rely on these areas but also serve as a demonstration area so the public can learn how incorporating native plants into the landscape can benefit birds and wildlife,” Belmonte said. 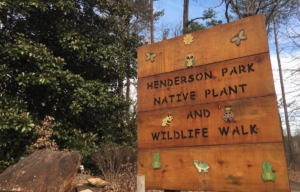 The project is to begin with the removal of invasive species, including English ivy, Chinese privet and Japanese wisteria. Once that material is gone, the plan is to install native trees and shrubs that provide fruit, seeds and nectar for birds and wildlife, according to Atlanta Audubon.

After the clean-up and planting is complete, Friends of Henderson Park plans to install informative kiosks along the trail, along with a water feature, bird feature and bird house.

The project is to be funded through a new grant program Atlanta Audubon is administering with funds provided by a private donor. Henderson Park is the first recipient and others awards are planned.

Note to readers: For more information about applying for a grant through the Atlanta Audubon Habitat Restoration Fund, visit the application website.