A long-planned expansion of the Atlanta Botanical Garden is moving ahead with major donations and a $40 million land swap that would create a new self-storage facility in Virginia-Highland.

The Garden, located within Piedmont Park, announced on Nov. 22 that it has $35 million in donations to proceed with acquiring about seven acres of commercial property along Piedmont Avenue and Westminster Drive to expand along the Atlanta BeltLine, including a new entrance along the multiuse path and future public transit corridor. 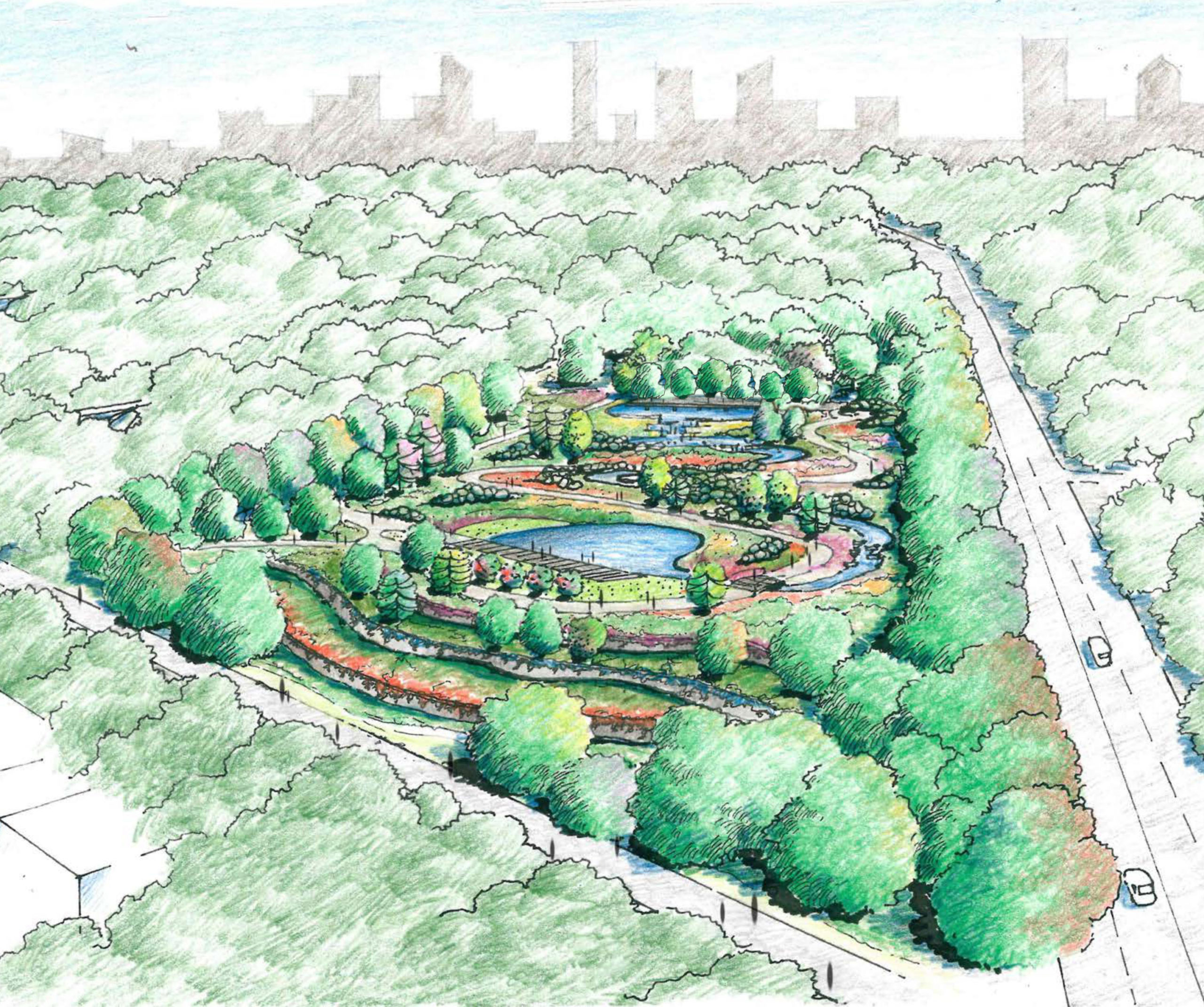 “That’s going to be our green entrance, which is really exciting,” said Garden President and CEO Mary Pat Matheson in a phone interview. “…And then we, the Garden, will be a cultural anchor on the BeltLine.”

Among the businesses along that Piedmont Avenue corridor is a large self-storage facility operated by California-based Public Storage. Matheson said the Garden has struck a deal with Public Storage to buy that site for demolition and erect a replacement storage facility in VaHi. The Garden earlier this year purchased a commercial property at Monroe Drive and Cooledge Avenue for that purpose, though it previously told SaportaReport that was just for an investment. Matheson said the deal had to remain quiet for negotiation reasons. The overall deal will cost about $40 million, according to Garden spokesperson Danny Flanders.

“They wouldn’t sell if they weren’t going to have a new facility,” said Matheson about Public Storage, which did not immediately respond to a SaportaReport comment request.

Plans for a dual expansion of the park and the Garden date to late 2017 in a concept announced by then-Mayor Kasim Reed. Since then, the City acquired commercial and mixed-use property at Monroe and Piedmont for the expansion. Meanwhile, the Garden – a private nonprofit – embarked on its own quiet property acquisition plan, with the storage facility at 268 Westminster as key and a construction start based on the completion of its replacement.

All of the plans remain preliminary and conceptual, with the Garden aiming for a 2026 completion to coincide with its 50th anniversary and Atlanta hosting matches for the World Cup soccer tournament. What’s new is the Garden launching a fundraising campaign for land acquisition.

The recent announcement was topped by a $25 million contribution from the James M. Cox Foundation, a philanthropy of Cox Enterprises, owner of the Atlanta Journal-Constitution and recent purchaser of the news site Axios. Carol Tomé, CEO of shipping company UPS and a Garden Board of Trustees member, donated another $5 million. A Garden press release says another $5 million has already been received, leaving about $17 million to be raised.

The Garden says the plan is its first major expansion since its founding and makes it the only such cultural institution directly on the BeltLine. The concept includes “new garden spaces” directly accessible from the BeltLine, according to the press release, “including a visitor center, water features, year-round display gardens and exhibition areas.” Also possible is a permanent exhibit of some of the Garden’s trademark topiary-like plant sculptures. 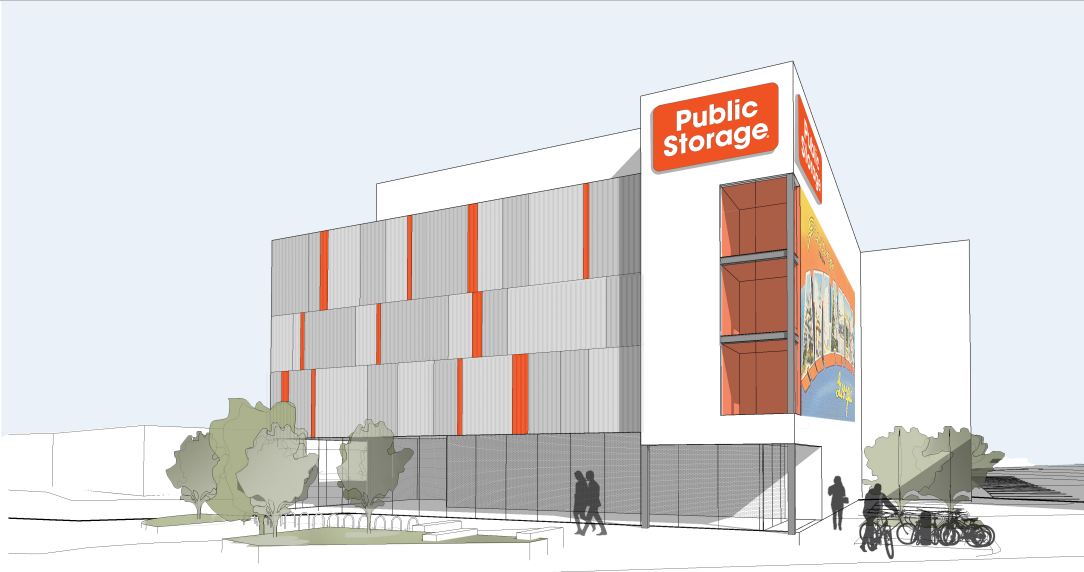 A design illustration for the proposed Public Storage self-storage facility in Virginia-Highland that is a key part of the Garden’s expansion plan, as shown in a City permit application.

“Imagine the Phoenix, a 20-foot-tall planted bird sculpture that represents our city’s endurance, rising over the BeltLine to the delight of all who walk by the Garden,” Matheson said in the press release.

But first, VaHi is going to have to imagine a five-story storage facility rising on the property at 1011 Monroe and 597 Cooledge, an area where there is already great concern about BeltLine-related redevelopment pressures on the neighborhood.

On Nov. 22, the same day as the expansion announcement, the Garden filed a special administrative permit application with the City for the new storage facility. Matheson said the idea is for the Garden to do the permitting and later transfer the property to Public Storage, which would move its existing customers’ items there from the Westminster facility. The Garden would then demolish the Westminster facility.

The VaHi property is a vacant commercial building adjacent to an existing self-storage facility operated by another company. The new facility would stand five stories except along Cooledge, where it would step down to four stories. It would cover most of the property, along with 29 parking spaces and racks for 12 bicycles. Lobby space along Monroe would have glass storefronts.

While the Garden touts the benefits of getting rid of the existing storage facility right on the BeltLine, the new one would be, too – though Matheson notes it is “not directly on the BeltLine” because it is across the street. She said the the firm Smith Dalia Architects is working as a design consultant to Public Storage on the new facility to fit it into the historic neighborhood.

The vacant commercial building at 1011 Monroe Drive and 597 Cooledge Ave. in Virginia-Highland, as seen in a City permit application.

“The new storage facility is going to be unlike any other,” she said, describing the firm as working “to make sure the design reflects the aesthetics of the surrounding neighborhood,” and having “subdued signage.”

Illustrations in the permit application show a mural on the building designed like a postcard that says, “Greetings from Atlanta.”

The Garden has not yet presented the plans to neighborhood groups, Matheson said. But she described the City administration and Atlanta BeltLine Inc. (ABI) officials as “very supportive.” ABI did not immediately respond to a comment request.

Asked if the Garden has targeted any additional properties for acquisition, Matheson said, “No. This is plenty. It’s been a long time coming.”

Clarification: This story has been updated to clarify that Smith Dalia Architects is working on the new facility as a consultant to Public Storage.