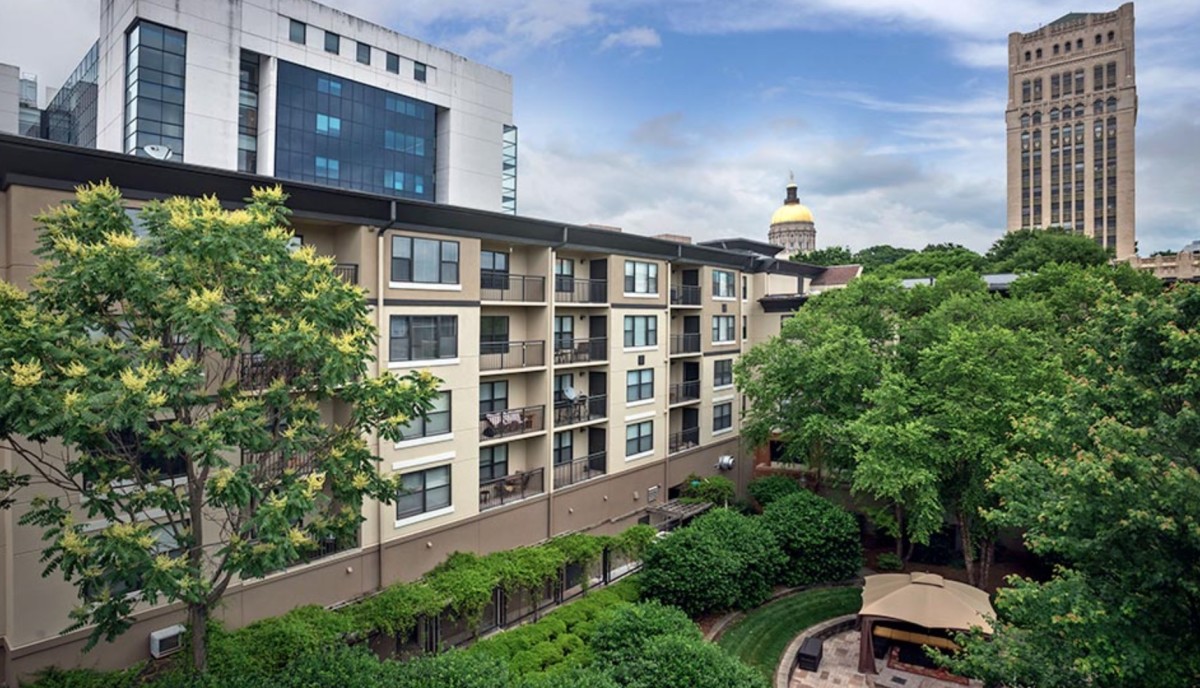 Atlanta has purchased an apartment building and plans to rent units at reduced prices to workers who earn less than the median income, according to Mayor Kasim Reed’s office and legislation approved by the Atlanta City Council.

The project is located across Central Avenue from Atlanta City Hall. City Plaza has 164 apartments and more than 90 percent of them are rented, according to a statement from Reed’s office. 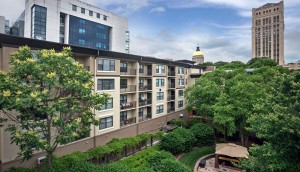 Atlanta has purchased City Plaza, an apartment structure with retail space, and plans to reduce prices on some units so they will be affordable to workers who earn less than the median income. Credit: cityplazajmg.com

Tenants have been notified of the transaction. “Residential leases will not be affected,” the statement says.

Legislation approved by the Atlanta City Council states the city intends to convert a portion of the apartment units to affordable housing. The paper was adopted by unanimous vote, without discussion, on Jan. 4.

The legislation says the city intends to:

Reed’s statement and the legislation do not indicate how many units will be offered in the affordable housing program.

“Acquiring the City Plaza complex provides us with an important opportunity to enhance services for city residents and make the City of Atlanta an employer of choice,” Reed said in the statement. “I am excited about this opportunity and believe residents and employees will benefit from this acquisition for years to come.”

The structure contains about 30,000 square feet of retail space that’s now divided into six bays, the statement said. The largest space is to be converted into a wellness and fitness center, with a pharmacy, that will be restricted to Atlanta city employees. The statement did not mention the fate of a current fitness center in Atlanta City Hall. 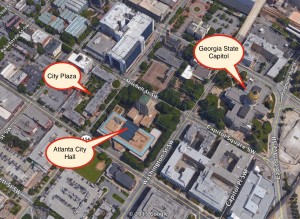 The statement continues, “The Reed administration is evaluating options to repurpose the remaining space, taking into consideration potential needs of both city residents and employees.”

The legislation authorizes the Downtown Development Authority to sell revenue bonds in an amount up to $10 million to help fund the purchase the building. The bonds will be backed by the “full faith and credit” of the city.

City Plaza consists of 3.1 acres of land. The property covers the entire block facing Atlanta City Hall, along Central Avenue. It is between Mitchell Street and Trinity Avenue.

The structure was built in 1996, as Atlanta prepared to host the 1996 Summer Olympic Games. There was a lot of momentum at the time in the redevelopment of the central business district. The notion of an apartment building with retail space on the ground floor seemed spot on.

Fulton County tax records show the apartments fell into foreclosure on July 5, 2011. The owner, Atlanta West Block Redevelopment LLC, was administratively dissolved Sept. 3, 2012, according to the Georgia Secretary of State.

The development firm was controlled by Atlanta developer Harold Dawson, Jr., according to the Secretary of State. Dawson serves as president/CEO of The Dawson Co., a development firm founded by his father, a notable developer who was the first African American to serve on the Georgia Real Estate Commission. Dawson Sr. was appointed to the commission in 1972 by then Gov. Jimmy Carter and served 17 years.

The Atlanta City Council passed legislation in November that authorized a total payment of $15 million for City Plaza and related legal fees. The seller was Blue Valley Apartments, Inc. The company does not appear in Fulton County tax records as an owner of record.