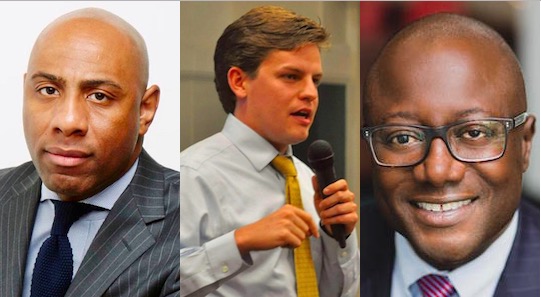 The race for a vacant at large City Council seat has attracted three men who are talking about ideas like free pre-K, building a more equitable Atlanta and decriminalizing marijuana.

Every voter in Atlanta gets to cast a ballot for a new City Council member in the at large Post 2 race. Incumbent Mary Norwood is leaving the seat to run for mayor.

We asked all three candidates about their priories, their ideas and their opinions about Council. Click to read the Q & A:

Westmoreland reported raising $146,039 for the campaign through June 30, the last available report. Ruth raised $53,651 in that period, including some roughly $8,000 in loans to his own campaign. Both men filed paperwork to begin their bids late last year. Williams, who entered the race in August, has not yet been required to disclose any campaign finances.

Previous Article
Atlanta City Council candidate Q and A: Bret R. Williams
Next Article
Can a BeltLine park provide recreation on, beside, a drinking water reservoir?