Atlanta Council looks for ways stadium deal could be required to help residents, nearby neighborhoods 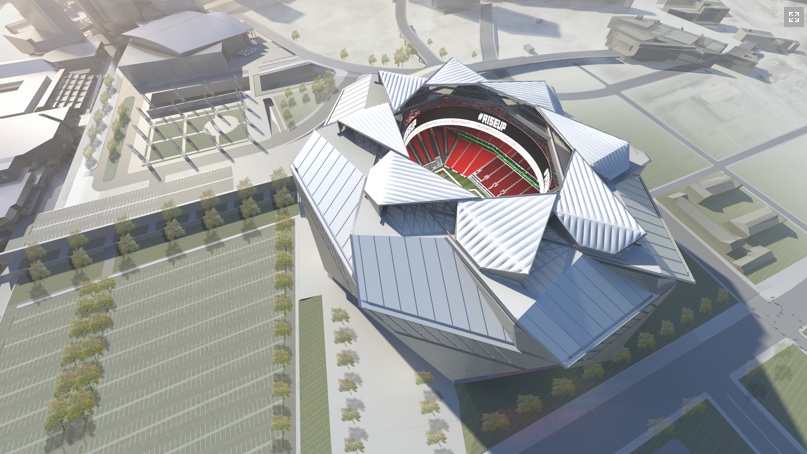 Note: This story has been updated to correct the spelling of Penny McPhee’s name.

Given the level of support for the project voiced by several councilmembers, its evident some of them will spend the next three weeks figuring out how to ensure that community benefits agreements are created to help city residents and the neighborhoods around. Such concerns were a major issue at the council’s four-hour work session Wednesday.

Falcons President and CEO Rich McKay assured the council several times that team owner Arthur Blank is committed to being a good civic partner. McKay emphasized that Penny McPhee, president of the Blank Foundation, will oversee that outreach effort.

“From Mr. Blank’s commitment to the city, these programs are going to be as important to us as they are to you,” McKay said.

Councilman Kwanza Hall, who represents an area from Castleberry Hill through Inman Park, provided a summary of the argument for community benefit agreements that was so succinct it was about the final remark on the matter.

“We’re partners,” Hall said to the stadium’s advocates. “Currently we’re partners and we want to find the ideal deal that benefits all stakeholders – not just those sitting here, but all those out there.”

Hall noted that Atlanta has a legacy of ensuring that public projects have the capacity to benefit all of the public. The ultimate deal needs to include language that will enable nearby residents to get a job, and to provide some attention to raising the standards in some of the blighted neighborhoods near the future stadium.

“This is an investment we’re making,” Hall said. “It’s the future.”

Wednesday’s work session was about as close to a congressional-style hearing to be held in the Council Chamber.

Seated at a table in front of the dozen councilmembers at their dais were seven top-rank representatives of the effort to build the stadium, including:

Gathered in the audience, which was smaller than 50, were the top tier of Blank’s legal team, McKenna, Long & Aldridge, and observers who came to deliver pointed comments.

Brad Hubbert took the podium to oppose the use of taxpayer dollars to build the stadium. Then Hubbert, a former board chairman of the Georgia Department of Transportation, said he expects the deal with go through – and called for requirements that small and minority businesses be hired to be written into a contract.

“It’s key that we get it in writing,” said Hubbert, who supports the call by Georgia’s NAACP for the U.S. attorney general to investigate reports that GDOT fails to use its requisite proportion of minority businesses.