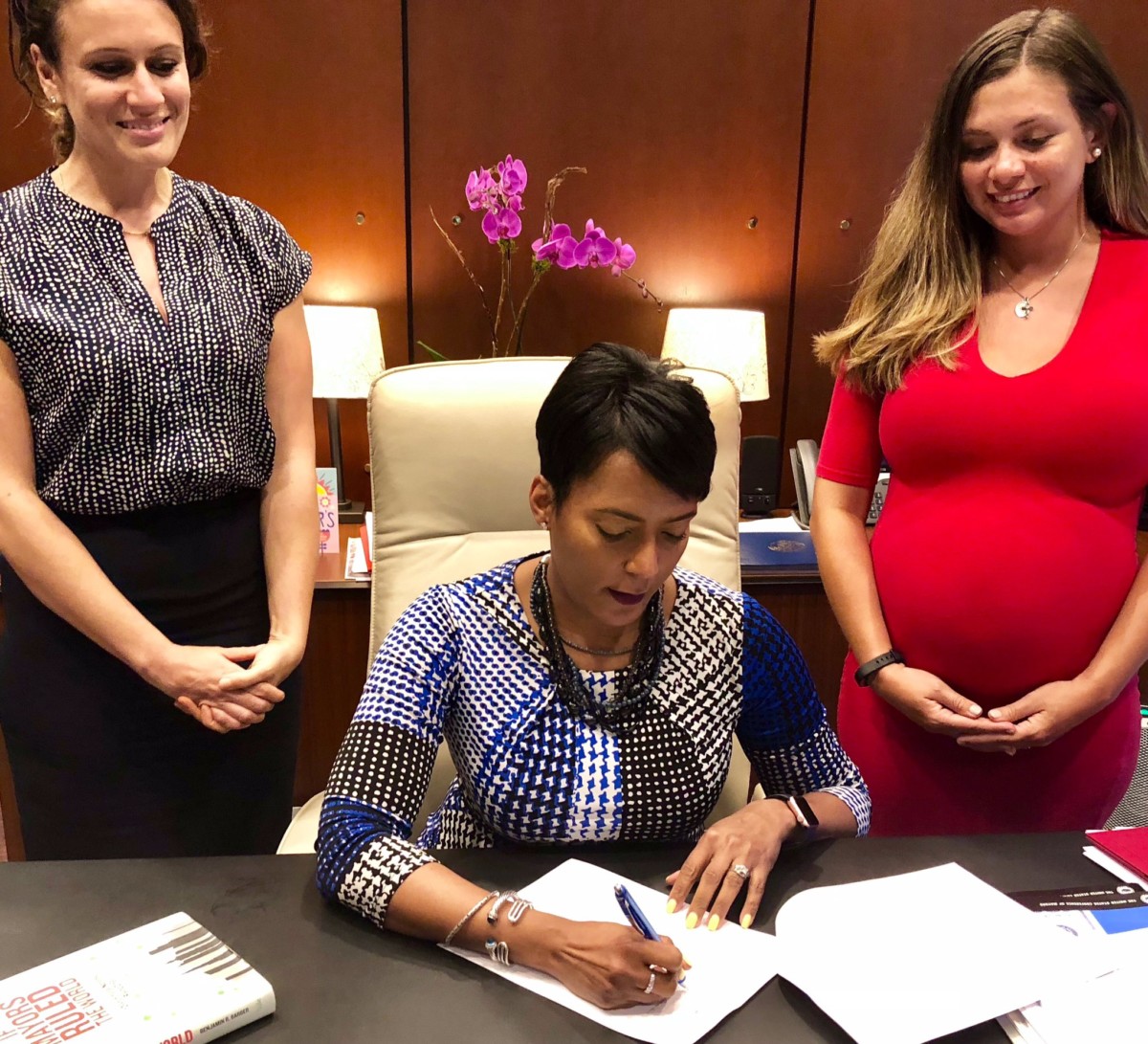 Atlanta’s jail will close its doors to detainees held by U.S. Immigrations and Customs Enforcement — at least for a while — under an executive order signed Wednesday by Mayor Keisha Lance Bottoms.

Bottoms didn’t want Atlanta to risk “being complicit” in President Donald Trump’s policy of separating children from families at the U.S. border, according to a press release from the mayor’s office. 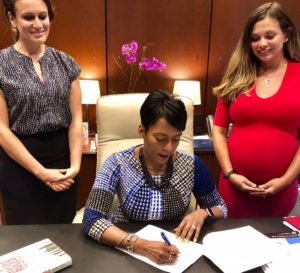 As it happened, her announcement was published the very same afternoon Trump backed off from the family separation policy via a White House executive order.

“I, like many others, have been horrified watching the impact of President Trump’s zero-tolerance immigration policy on children and families,” reads Bottoms’ statement. She said her personal angst has been compounded knowing that Atlanta has a deal to hold ICE detainees in the city jail.

The text of the executive order leaves some wiggle room for the city jail to re-open to ICE detainees.

The text says that the city jail shall accept no further ICE detainees “until the city of Atlanta receives assurance that the policy of the Trump administration of separating immigrant children from their parents at the United States / Mexico border and other ports of entry has been rescinded and all such separations have ceased.”

Bottoms’ written statement added that she’s concerned for detainees who may be sent someplace remote.

“I am concerned that the city’s refusal to accept detainees will result in individuals being sent to private, substandard, for-profit facilities in the state, as these facilities do not offer publicly-funded access to legal representation that may help detainees successfully challenge their immigration status,” she wrote, “but the inhumane action of family separation demands that Atlanta act now.”

The city does offer some funding for legal aid for Atlantans who are accused of breaking federal immigration law. The funds came to $150,000 for the budget year that’s ending this month.

Charles Kuck, an Atlanta Immigration attorney and advocate for immigrants and immigration reform, said the closure is a good thing and he applauds the mayor for it.

“I think it sends a positive message that Atlanta is a very progressive city on these issues,” Kuck said. “I think this is part of a longer-game view about the level of cooperation the city of Atlanta has given and will give in the future to the Trump agenda, the Trump enforcement process.” 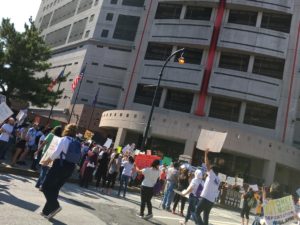 In a September, 2017 file photo, protesters gather at the Atlanta city jail to rally for a right to stay for people brought to the U.S. from other countries as children. Many activists have long been unhappy with Atlanta’s deal to house ICE detainees. Credit: Maggie Lee

He also said that detainees generally spend little time in Atlanta’s jail — on the order of two or three days. People who are detained a long time are usually sent to facilities in Irwin, Stewart or Hall counties.

The city has been under pressure for years from some quarters close its jail to ICE.

Shahshahani called the closure a significant and promising development.

“For years, we had been calling upon the city of Atlanta to match its rhetoric of being welcoming towards immigrants with action,” she wrote via email. “It is good to see that the city has finally realized that it cannot claim to be a welcoming space at the same as it is making profits off of the detention of immigrants.”

Bottoms said she’s calling on Trump and the U.S. Congress to “enact humane and comprehensive measures that address our broken immigration system.”

The mayor’s office did not immediately make anyone available to talk about aspects of the ICE contract, such as how much it’s worth to the city.

Bottoms’ executive order puts her in the crowded ranks of elected officials who have taken official action in protest of family separation. Several governors, for example, are removing National Guard troops from the U.S. southern border.

Outside of public office too, there’s been outcry against the family separation policy.  Georgia Republican Senator Johnny Isakson was the recipient of a letter from a few dozen prominent Atlantans who called on him to condemn the separation of children from their parents.

“Punishing parents by separating them from their children does not change the realities that drove the parents to seek refuge in the United States but instead traumatizes the children at the hands of our nation,” the letter reads in part.

The letter was written before a WSB-TV report that Isakson said that separating families is no solution. Isakson’s office has reportedly received a couple thousand calls on the issue, the vast majority opposing separation.

Dr. Jodie Guest, one of the letter signers and a professor at the Emory University School of Medicine and Rollins School of Public Health, said they’re thankful for Isakson’s response.

Georgia’s other U.S. Senator, Republican David Perdue, called family separation the “current shiny object of the day,” according to news reports of a press conference at which the subject was supposed to be the federal debt.

Meanwhile, one Atlanta congressman says this isn’t over.

Lewis said the order continues an assault not just on immigrant families but on the U.S.’ legacy of affirmatively protecting human rights.