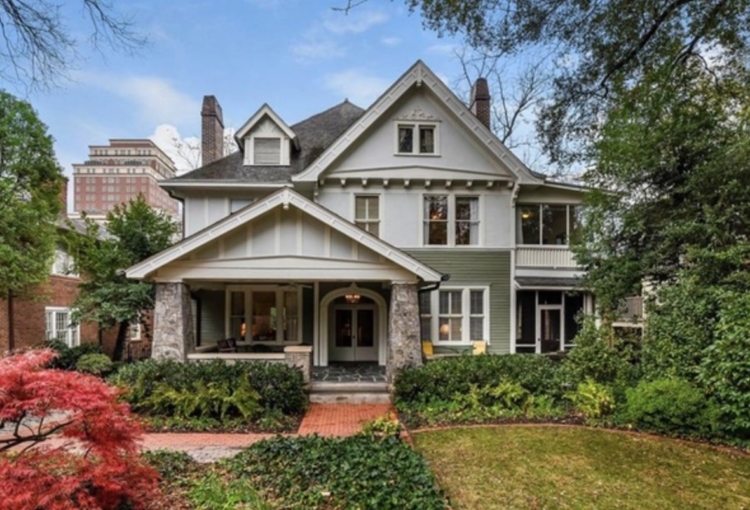 The real-time snapshot of the Southeast regional economy released Wednesday by the Federal Reserve cites concerns over politics and trade. This notion of unease tracks comments in a speech the Fed’s vice chairman delivered last week, when he observed that patience is the watchword at the start of 2019. 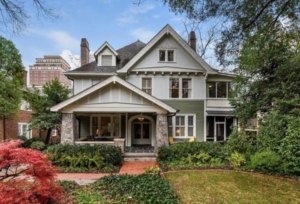 But for starters, the comment by the New York District perhaps could speak for all the districts. New York’s observation seems to say the glass might be half full, could be half empty, or there might not even be a glass:

This is the first Beige Book to be released since the Federal Reserve voted in December 2018 to raise the federal funds rate. It was the fourth rate hike in 2018 and the sixth since President Trump took office. Trump has harshly criticized the rate hikes; bloomberg.com summarized them in a Dec. 17, 2018 report.

A report by marketwatch.com, published by Dow Jones & Co., characterized this edition of the Beige Book as, “downbeat.” Such could be the case for the Atlanta District, depending on how readers interpret the remarks.

Here are three examples, taken from the Atlanta District’s summary. The comments show how the report shades various remarks: 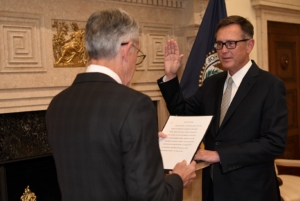 Richard Clarida (right) swears the oath of office before Fed Chairman Jerome Powell on Sept. 17, 2018. Clarida was nominated by President Trump and confirmed by the Senate Aug. 28 to a four-year term as vice chairman and to an unexpired terms that ends Jan. 31, 2022. Credit: federalreserve.gov

Similar observations are scattered throughout the report. Here’s one from the Dallas District:

The Jan. 10 speech by Fed Vice Chairman Richard Clarida, at the Money Marketeers of New York University, Inc. came just three weeks after the Fed’s Dec. 19 vote to raise interest rates. Clarida said he will be watching how the “crosswinds” of the global economy and markets affect the U.S. economy, suggesting in his final remarks that conditions will weigh on his outlook on rates: