The Atlanta Fed’s anecdotal report on the region’s economy contained three key takeaways: COVID-19 vaccinations may be encouraged but not required by employers; most jobs are easy to fill; and home ownership affordability has declined.

This edition of the Beige Book was released Wednesday, the day before Federal Reserve Chairman Jerome Powell reaffirmed the Fed’s intent to continue a policy of super low interest rates. Powell made his remarks during a Jobs Summit sponsored by The Wall Street Journal.

The Atlanta Fed delivered its analysis in the second of eight installments of the 2021 Beige Book. The book is an economic portrait of the nation presented by the 12 regional Fed banks. The report released Wednesday is based on comments collected from contacts by the Federal Reserve on or before Feb. 22 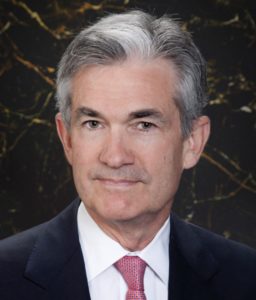 Taking the takeaways in order: 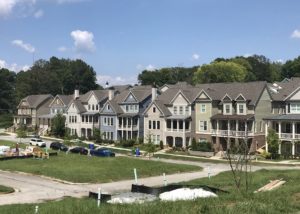 New homes are priced starting at $600,000 in the Westown Atlanta development, located near the Atlanta waterworks on Howell Mill Road. Credit: David Pendered

On Tuesday, the National Association of Home Builders released its latest report on the rising cost of lumber. NAHB has been raising concerns since Spring 2020 about the effect of lumber costs. The report on Tuesday began with this observation:

The San Francisco Fed reported the housing inventory is at historically low levels, and noted that the rising cost of materials was adding to the shortage of housing: