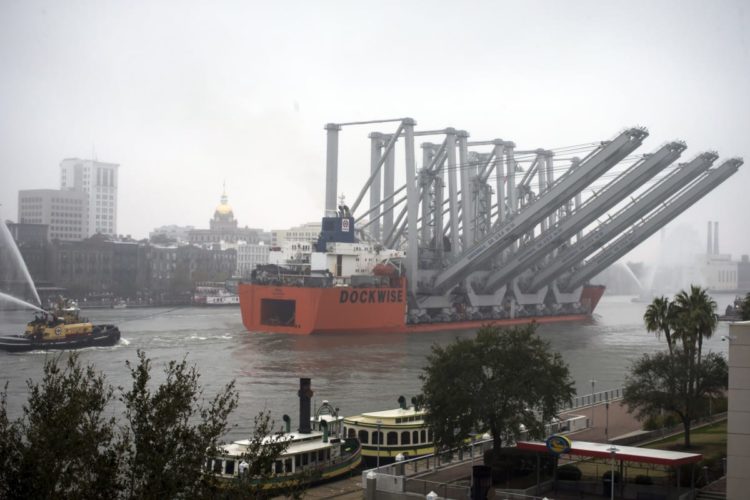 Second column in a two-part series about the impact of the Trump administration will have on metro areas, including Atlanta

From its inception, Atlanta has been a hub of transportation, commerce and communication.

Those factors have made Atlanta a center of global commerce – a role that has been boosted by having the world’s busiest airport and one of the world’s largest airlines.

Georgia also is a leader in global commerce and trade – and its presence is growing because of the state’s investment in its Port of Savannah, one of the fastest growing seaports in the country. The state also has numerous international offices established to promote the exports of Georgia products, as diverse as agriculture, poultry and professional services. 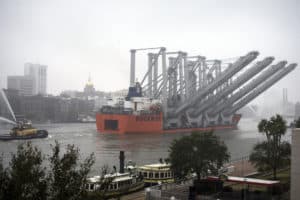 The Georgia Ports Authority accepted delivery of $48 million worth of cranes last December. GPA’s economic advisor said such investment is proper, despite President-elect Trump’s call to revise trade deals that could affect the shipping industry. Credit: GPA/Stephen B. Morton

But under the current administration of President Donald Trump, trade pacts are under attack and the movement of goods and people between international borders is facing increasing obstacles.

Atlanta has a special stake in this new protectionist view of trade and U.S. borders. Several leaders are concerned that the region’s economy could be impacted if these views are turned into policy and legislation.

Atlanta Mayor Kasim Reed said that Atlanta’s and Georgia’s position in the world is being harmed, mentioning in particular Trump’s decision to abandon the Trans-Pacific Partnership (TPP) agreement, an effort that took eight years to negotiate and had its culminating agreement in Atlanta in October, 2015.

“The decision to disengage and pull away from TPP will be one of the most significant mistakes in the last 50 years,” Reed said in a recent editorial board meeting with the Atlanta Business Chronicle.

“I believe the president’s administration has handed 50 percent of future global GDP (Gross Domestic Product) growth to the Chinese,” Reed continued. “This was not just about the present. This was about the future. The 12 nations that would have made up the TPP agreement constituted 50 percent of the growth over the next 25 years. These nations had raised their hands and said they preferred the United States as their partner, including Japan.”

And it’s not just the TPP.

In less than a month in office, Trump also has declared his intent to do away with the North American Free Trade Agreement, also known as NAFTA. The agreement has promoted more open trade between Canada, Mexico and the United States.

“NAFTA may not be good for some Midwestern states or cities, but it is clearly good for Atlanta,” said Jeff Rosensweig, a professor at Emory University’s Goizueta Business School. “Specifically, free trade with Canada benefits Atlanta because we excel in service industries.  The United States has a trade surplus with Canada in services, such as tourism, transportation, legal, healthcare, and educational services. Atlanta excels in these service industries.” 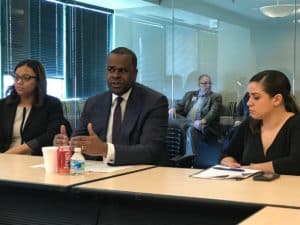 Canadian Consul General Louise Blais in Atlanta has been outspoken on this issue, according to the Global Atlanta website. She recently testified before the Georgia House of Representatives to express her views on the trade relationship between Canada and Georgia.

“Protectionism is not what got Georgia where it is today, with its enormous flows in foreign direct investment,” Blais told lawmakers. “Supply chains and your competitiveness is what got you there.”

She said Georgia has investments from 250 Canadian companies, and the $10 billion trade relationship between the state and Canada supports 330,000 jobs in one way or another.

“Our joint success in recent years owes a great deal to NAFTA and the healthy supply chains that it has created, making us together more competitive globally,” she said in the speech. “We are confident that you, our American partners, especially from Georgia, understand the mutual benefit of that balanced relationship.”

Canadian Prime Minister Justin Trudeau met with Trump on Feb. 13 in Washington, D.C., but there was little indication of whether the president had softened his views toward NAFTA.

But his campaign rhetoric was anti NAFTA and TPP, and his inauguration speech was all about “America First.”

Reed expressed concern about Trump’s statements that could lead to diminished trade with Asia, Mexico and Canada.

“I think all of these are bad signs at a time when everybody worked real hard for the last eight years to get the U. S. economy out of the ditch that it was in,” the mayor said. “The decisions that I have seen being made will put our country back in that economic ditch.” 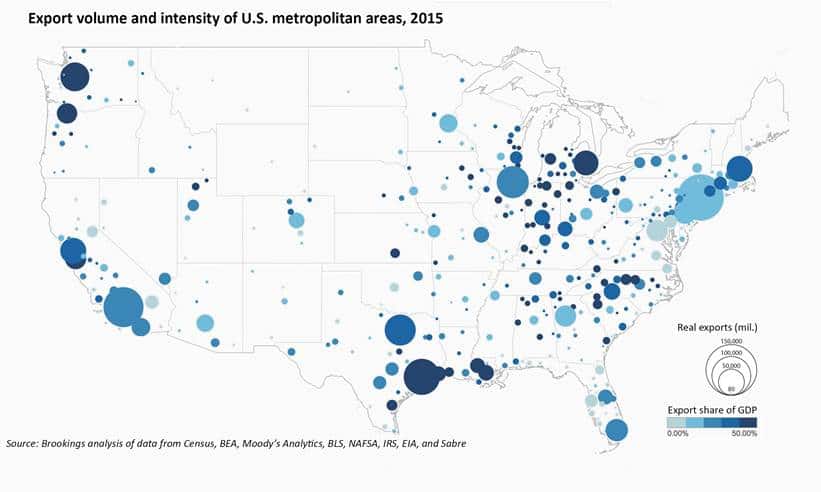 Reed said he does not believe in free trade at any cost, and he feels some of the agreements can be renegotiated to make them better. “But this radical disengagement from the time-tested norms I think is going to cause the U.S. economy real harm,” he said.

Last fall before the election, Chris Clark, president and CEO of the Georgia Chamber, told the Atlanta Journal-Constitution’s Jim Galloway that his organization favored open trade.

“We’re not involved in presidential politics, but we do need a president focused on selling Georgia-grown and -made products around the world,” he said in a text to Galloway. “The last thing Georgia workers and farmers and makers need is a trade war just as we’re entering new markets all over the world. We believe we can balance protecting Georgia jobs and consumers.”

The Brookings Institution on Jan. 30 released a report titled: “U.S. metros most exposed to a Trump trade shock,” written by Mark Muro, senior fellow and policy director of Brooking’s Metropolitan Policy Program; and Joseph Parilla, a fellow with the same program.

The report’s summary graph stated: “The clear takeaway: President Trump’s campaign to remake the nation’s global trade relationships will not be a remote or academic affair—it will have real implications for regional economies. And while the benefits or disruptions of change will affect some places more than others, all of America—big-city metro and small-town or rural; red and blue; coastal or in-between—has a stake in what happens.”

The first column in this two part series was titled: “As Trump enacts ban on refugees, Atlanta doubles down as ‘welcoming city.'”

Previous Article
When we drain that swamp, where do we sink the pump?
Next Article
Bill Gates to keynote Rotary International meet in June in Atlanta