As Trump enacts ban on refugees, Atlanta doubles down as a ‘welcoming city’ 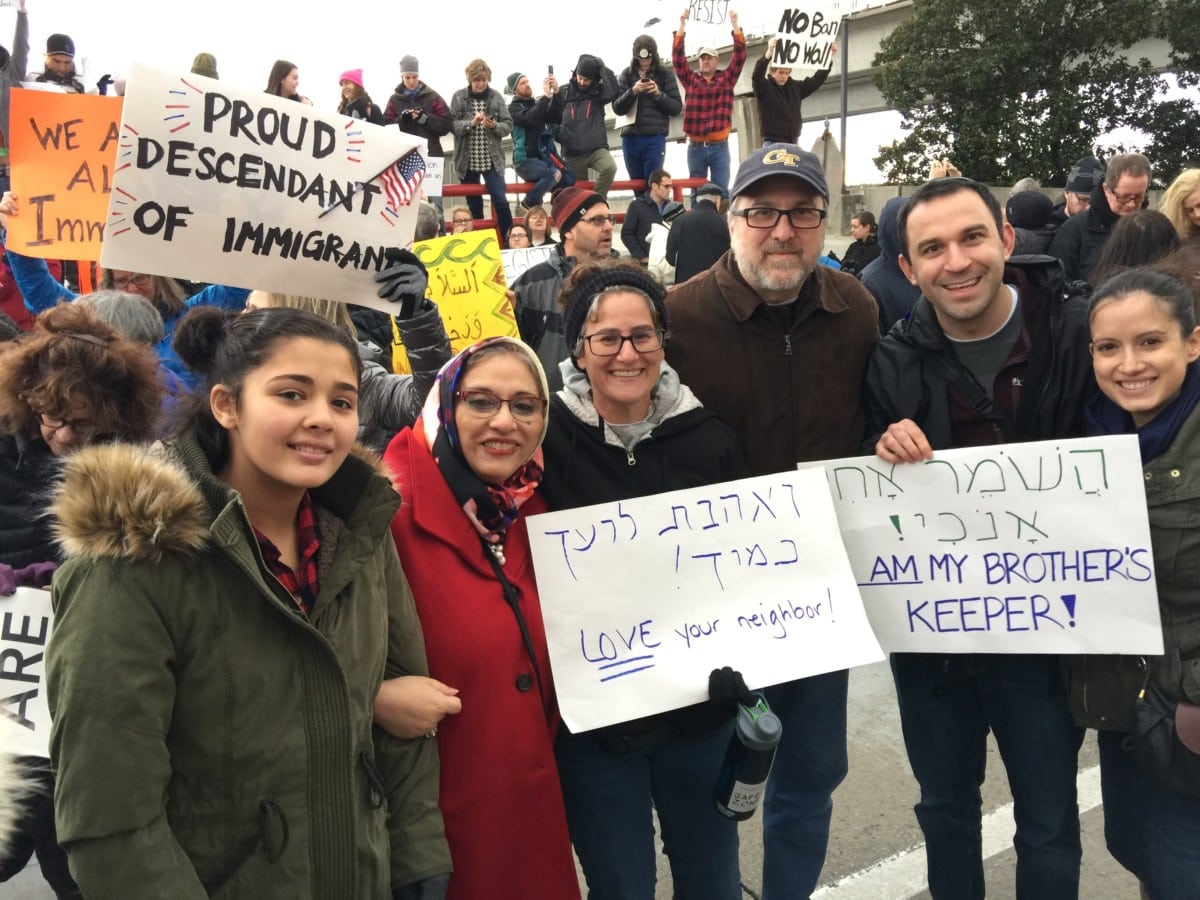 First in a two-part series

An anti-urban wave is flowing downstream from Washington, D.C. – bringing with it anti-immigrant, anti-refugee and anti-trade policies. 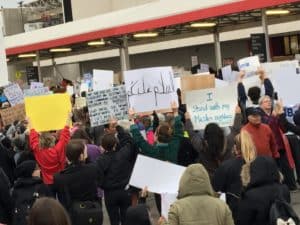 Atlanta is among the major cities in the United States – as evidenced by the protests and the words of its civic leaders – trying to reverse the sentiments of isolationism, protectionism and prejudice.

And Atlanta could be one of the cities that will experience retribution from the administration of President Donald Trump.

So far, that’s not stopping the counter-offensive currently underway.

As a member of the Cities for Action coalition for federal immigration reform, I join my fellow Mayors across the country in condemning the President’s executive orders on immigration issued yesterday.

Atlanta is proud to be a welcoming city. We are a community which has stood up for the civil and human rights of every person, and we will not waver now.

Atlanta is the leading cultural and economic center of the Southeast precisely because of our legacy of inclusion. My administration is determined to use the full strength of that position to lead with policies that uphold and enhance the civil rights of all our residents, because any threat to our constitutionally guaranteed liberty is a threat to all Atlantans.

Our city stands together. We believe the President’s executive orders violate the principles of the U.S. Constitution. We believe these orders promote dangerous public policy, eroding trust between public safety agencies and the communities they serve, which will undermine public safety in the City of Atlanta and nationwide.

We believe the courts will agree.

As Mayor, I pledge that Atlanta city government will stand firm in its commitment to inclusivity and diversity, and will remain open and welcoming to all.

On Sunday night, about 7,000 people showed up at Atlanta’s Hartsfield-Jackson International Airport to register their complaints about the ban against refugees from seven Muslim nations entering the United States. 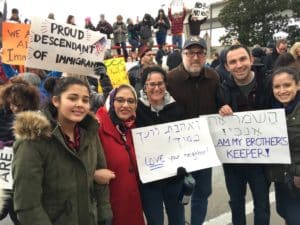 One of the people at the protest was Soumaya Khalifa, founder and executive director of the Islamic Speakers Bureau of Atlanta.

“I had a moment of despair on Friday and Saturday, and then I went to the airport for the protest,” Khalifa said in a telephone interview on Monday morning. “There was so much diversity in the crowd. Travelers were cheering. One traveler told me that this was the best welcome he could have had. It was really beautiful.”

To see a video of the airport protest put together by Heather Gray for Justice Initiative International, please click here.

Currently the executive branch, the U.S. Senate, the U.S. House and most of the governorships are controlled by Republicans, and it is still unclear who will stand up to fight extremist policies that seem to run counter to the U.S. Constitution. And Trump will soon announce his choice for a Supreme Court Justice, which is bound to be an arch conservative.

But if there’s one part of the nation that can serve as a check and balance, it is our urban areas. It has been evident in the last couple of weeks that millions of people living in cities are willing to speak out for inclusion and openness.

“To me, it seems that cities are really holding up the American values of diversity, equality, treating people with dignity and respect, and valuing international relationships,” Khalifa said. “They are doing what’s right despite the atmosphere we have been thrown into as a country.” 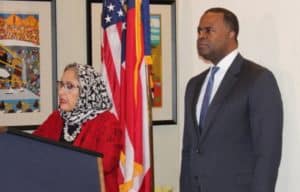 The Islamic Speakers Bureau did present the Inaugural Courage Award to Mayor Reed on Dec. 20 in recognition of his support for immigrants, refugees and people of all faiths.

Although Atlanta has not declared itself to be a “sanctuary city,” it could also feel the brunt of no federal funding because of its stated policy to be a welcoming city. At least one candidate running for mayor – State Sen. Vincent Fort – has declared he would make Atlanta a sanctuary city.

Khalifa, who holds America’s values close to her heart, said “this is like reliving the Holocaust,” but then she checked herself – remembering the ideals of the city she calls home.

Next week: The urban impact of the new administration’s policies on international trade.

Readers: In the interest of full disclosure, I serve on the Advisory Council of the Islamic Speakers Bureau of Atlanta. 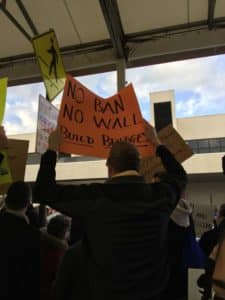 “No Ban; No Wall; Build Bridges” is one of the signs at the Atlanta airport protest on Jan 29 (Special: ISB Atlanta) 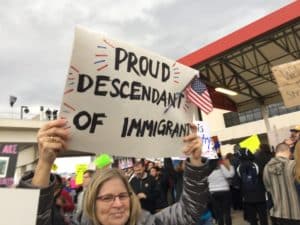 Previous Article
With a fire hose of news, gathering reservations
Next Article
One treatment at a time…